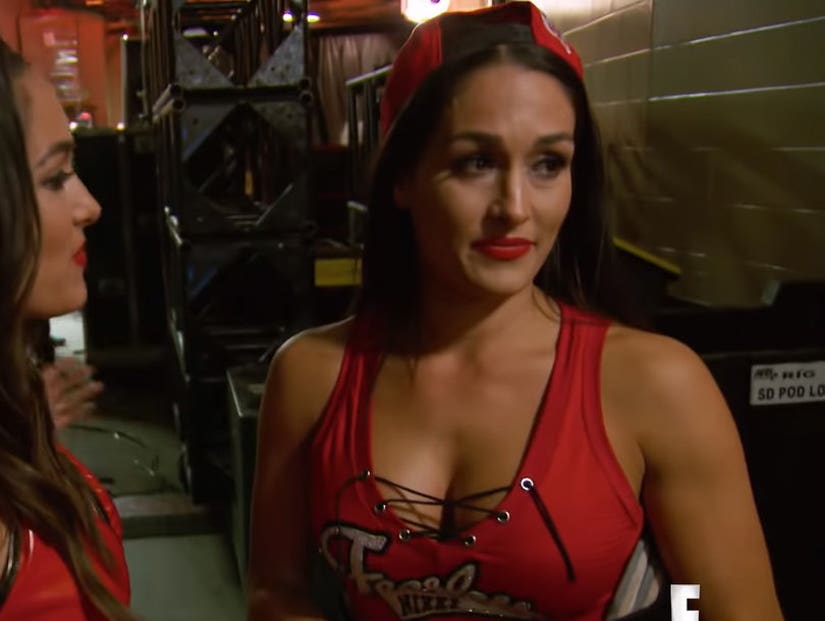 The Bella Twins made their big WWE comeback at Royal Rumble on Sunday's "Total Bellas," but Nikki Bella couldn't help but be distracted by her breakup with John Cena.

"Because of all the John stuff I feel like I've been on such an emotional roller-coaster and today has been double that," she said before heading to the ring with sister Brie Bella. 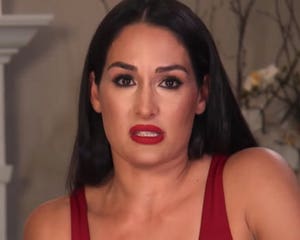 "It's so hard. I'm going to be a part of this major historic moment, but I can't help but have all this John stuff on my mind," she said in a confessional. "What our fans don't realize is like we're human beings too and we go through struggles in our life, but when we walk out on that ramp, we have to put the smile on our face, life goes on."

Read on for two more of the most emotional moments from the show, which continues to chronicle Nikki and John's relationship issues.

Being in Orlando at the WWE event was hard for Nikki, because not only did she have to stay in her house she built with John, but the last time she was there was Wrestlemania, when he proposed to her.

When she entered the house, Nikki noticed a bouquet of roses and a card from John. They might of broken up, but it's obviously they still are in love with one another. (Side note: Nikki has yet to take off her engagement ring in the show.)

"For me to watch you grow into something so beautiful and amazing, for making me feel a part of all these moments," read the card from John.

"He wrote a sweet card?" Brie asked, to which Nikki replied, "The best."

"It's really hard to be in this house without John and his presence is so strong here, so it's kind of hard to focus to focus on rumble but that's why I'm here," Nikki said, confiding in her sister.

When Royal Rumble arrived, Nikki and John didn't speak to one another. This event was the first time Nikki was returning to the ring after her severe neck injury and she was worried. Not being able to talk to John and have him console her hit Nikki really hard.

"This is the first time since I've been with John that I can't go to him and as for his advice," she said. 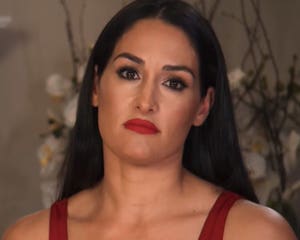 While Nikki was worried about her neck and her broken heart, Brie was concerned about her first time coming back after having her daughter, Birdie, because her body doesn't look like it did before.

"Even though I'm really excited for the Royal Rumble, one thing that is really sticking out in my mind is that I don't really look like Brie Bella before I was pregnant," she said. "My whole career I've showed my stomach. I'm really nervous because I feel like the fans won't recognize me."

But of course all of her worries were for nothing. Brie came out looking like a hot mama and was ready to rumble, absolutely killing it in the ring much to the delight of her fans.

"This just makes me feel so good," she said in a confessional. "It makes me feel like 'Brie who cares, like you had a baby people think that's badass.' "

After an eventful Rumble, Brie and Nikki did a Birdie Bee photoshoot. Both ladies were still on a high and Brie especially was still feeling confident.

"I will never, ever in my life allow anyone photoshop my stretch marks because that right there is Birdie," she said. "I want women all around the world to inspire, and connect, and support each other. We got to lift each other up!" 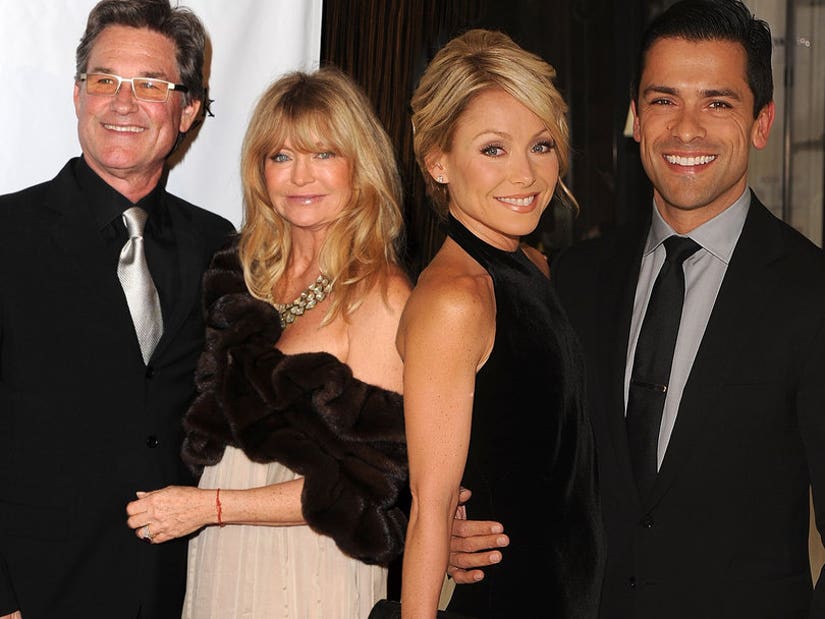