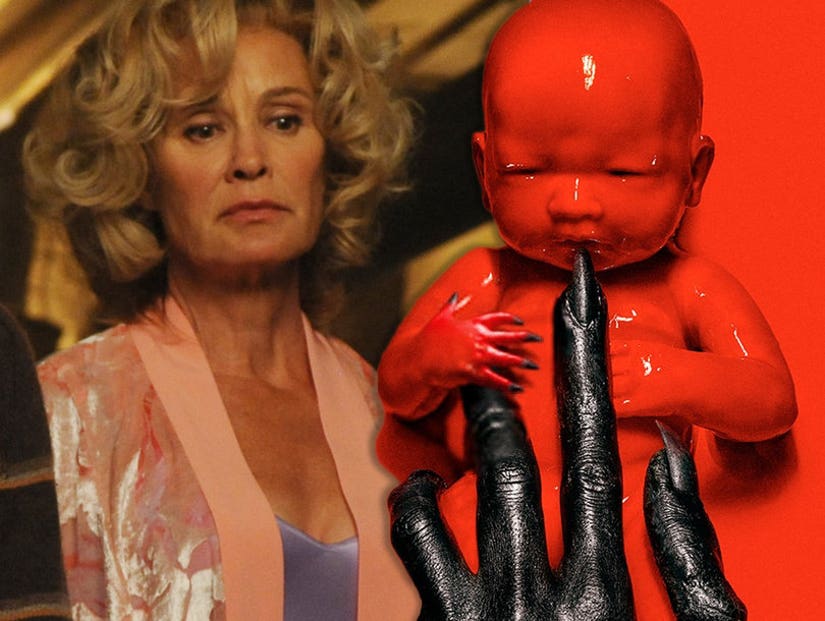 It's that time of the year again: those months leading up to a new season of "American Horror Story," where video teases and vague tweets drive fans hungry for any tidbit of information into an all-out feeding frenzy.

Making interest even higher this time around is the fact that Season 8 -- dubbed "Apocalypse" -- will be a crossover season, tying together characters from "Murder House" and "Coven" and bringing Jessica Lange back into the fold. 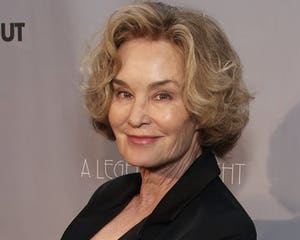 Jessica Lange to Return to 'American Horror Story' for Season 8

Thanks to the fall Television Critics Association panel from FX and a lot of additional details teased out by both Ryan Murphy and the stars themselves on social media, we've got a lot of exciting intel about what's to come.

Keep reading to see what's been announced so far -- we'll be sure to update with anything new once it's released!

Violet Harmon In the House

We knew Taissa Farmiga was going to return as witchy Zoe from "Coven," but on August 30, we learned she'd also be playing Violet Harmon.

Ryan Murphy shared a new photo of her alongside Evan Peters, in costume as Tate Langdon, captioning the image: "Tate and Violet. Together forever? AHS:Apocalypse, FX Sept 12."

Ghost violet and her equally-dead parents were last seen enjoying Christmas with their ghost baby, while Tate was banished from communicating with them. Will things have changed when the show returns? Considering Tate raped Violet's mom and orchestrated a school massacre, a reconciliation may not be in the cards ... or the best thing to really hope for.

The Return of Tate Langdon

Looks like the ghost of Tate Landgon (Evan Peters) will still be lurking around Murder House when "Apocalypse" hits the air.

While we knew Evan Peters would be on the show as another character (more on that below), Ryan Murphy confirmed his Season 1 alter-ego will also appear in an Instagram post on August 28.

"Tate. Happy to be home," he captioned the shot.

The character -- who sired the anti-Christ by raping Vivien -- was last seen waiting around for Violet to come back to him, something Hayden (Kate Mara) said would never happen.

Our first true sign of the crossover is finally here, as "Coven" character Madison Montgomery (Emma Roberts) was spotted at the titular location from "Murder House."

"Madison amongst the backyard bones at Murder House," Ryan Murphy captioned the photo, which he shared on Instagram on August 28.

In case you forgot, some of those bones belong to maid Moira (Alexandra Breckenridge) and Hugo Langdon (Eric Close), who were both murdered by Constance (Lange) when she discovered they were having an affair. That duster is clearly Moira's.

Also buried there is Hayden (Kate Mara), whose murder by Larry Harvey (Denis O'Hare) was covered up by Ben (Dylan McDermott), who built a gazebo over the spot.

Connie, Sarah and Dylan. The Harmon's are scaring up drama at The Murder House with Director Supreme Paulson. pic.twitter.com/L6e9N3LTtY

After Dylan McDermott was spotted outside of the Murder House on set in Los Angeles, it was quickly confirmed that both he and Season 1 co-star Connie Britton would be returning to the show as the Harmons.

Ryan Murphy made the announcement on his social media accounts, sharing a photo of the two of them with Sarah Paulson, who is apparently directing them in at least one episode this season. "Connie, Sarah and Dylan. The Harmon's are scaring up drama at The Murder House with Director Supreme Paulson," he captioned the photo (above).

He posted a separate photo of them on Instagram, sans Sarah, adding, "Connie and Dylan. The Harmon's in their forever AHS home...Murder House." Their on-screen daughter, Taissa Farmiga, is also expected to reprise her role as Violet Harmon, in addition to the witchy Zoe from "Coven."

The Witches Are Back on Set

The Coven Returns. What a thrilling night with the legend Stevie Nicks on the set of AHS. pic.twitter.com/wsI1FlfN1W

It's pretty clear they're all reviving their "Coven" characters from Season 3, as he posted another image saying of Paulson, Nicks and Rabe with the caption, "The Return. Cordelia, Stevie and Misty casting a bewitching spell."

Though Kathy Bates will return as a new character this season, it doesn't sound like Angela Bassett will return as Marie Laveau. She told Us Weekly, "I'm not in 'Horror Story.' I'm not, not unless they get some brilliant idea. I love 'Coven' though."

FX just loves to tease each new season with a series of freaky, frightening teasers before finally -- if ever -- delivering a trailer.

On August 6, the first sneak peek was dropped online and while it doesn't include any actual footage of the show, it certainly sets the mood for what to expect on "Apocalypse."

The video includes a creepy embryo -- perhaps a nod to Tate and Vivian's Anti-Christ son, Michael Landgon -- as well as an atomic bomb exploding, some witchcraft symbolism and a whole lotta skulls. 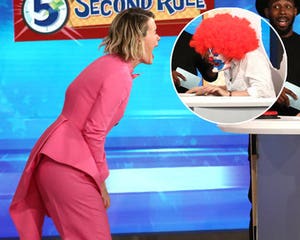 Lange will return for the first time since playing Elsa Mars in "Freak Show," the series' fourth season. This time, she'll re-appear as her character Constance Langdon from "Murder House" for at least one episode, directed by Sarah Paulson.

Ryan Murphy also confirmed on Twitter that Taissa Farmiga, Gabourey Sidibe, Lily Rabe, Frances Conroy and Stevie Nicks will all be back, likely as their "Coven" characters. 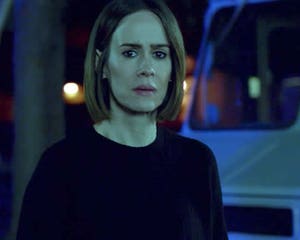 While Evan Peters is back, it's unclear if he'll appear as either Tate -- who's trapped in the Murder House -- or Kyle, who became the new butler at Miss Robichaux's Academy. Murphy previously said Peters would be playing a "comedic hairstylist," which doesn't fit either of those characters.

Paulson will be taking on three roles, playing Billie Dean from Season 1, as well as "Coven's" Cordelia -- who is still Supreme, at least at the start of the season -- and a character named Venerable.

Cody Fern will make the jump from Murphy's other show, "The Assassination of Gianni Versace: American Crime Story," to play a grown-up Michael Landgon.

"Coven's" resident bitch, Madison Montgomery, will also return -- with Roberts saying her character will be even "bitchier" than she previously thought possible.

It'll be interesting to see who else makes it back. We're really dying to see "Murder House" stars Connie Britton and Dylan McDermott return! 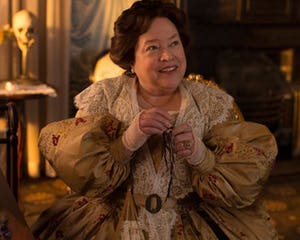 Well, we don't really know, but with "Apocalypse" in the title and the Anti-Christ in the cards, it can't be good.

"The story begins with the end of the world, and then our world begins," one of the shows EPs revealed at the TCAs. "It starts in the real world. It's very tangible."

Adina Porter also teased that the series will show "a whole other side of an apocalypse," adding,I think people will be surprised and intrigued and yet again, I think, blown away by the performances that I'm seeing."

As for the best news so far for fans of the show: it's not going anywhere anytime soon. It's already been renewed for a 9th and 10th season at FX, though -- obviously -- no additional details have been revealed at this point. 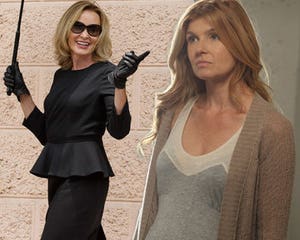