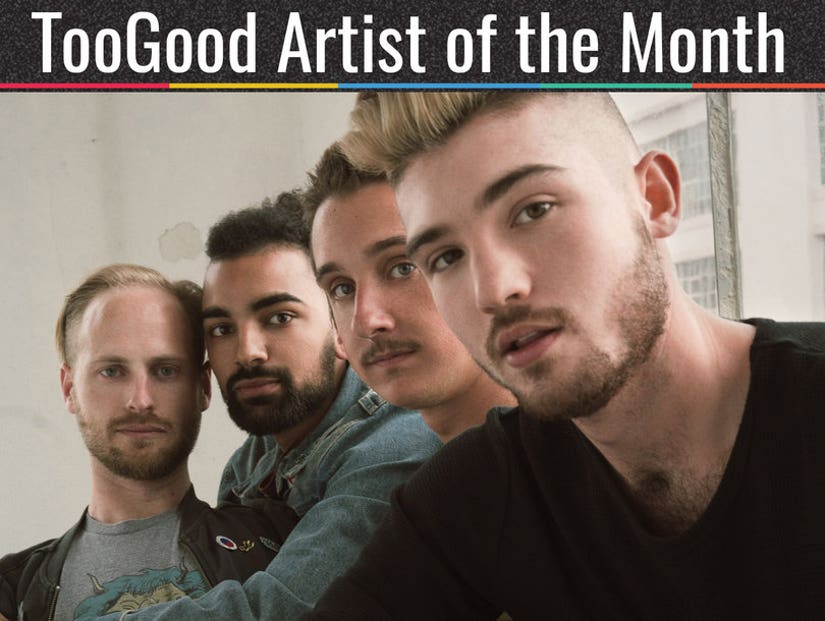 The 131ers are among the hardest-working independent rock bands in Southern California's music scene, and that's because in 2018, they know they don't have a choice if they expect to make it.

TooFab's TooGood Artist of the Month has churned out two albums in the last two years, produced eight enjoyable music videos, has racked up thousands of Spotify streams with over 5,000 monthly listeners, regularly vlogs, tours up and down the coast, took over the reigns of booking a bi-annual music festival earlier this year and launched their own hurricane relief fundraiser for Puerto Rico. Oh, and the Torrance-based foursome is opening up for nationally touring rock band The Boxer Rebellion at The Chapel in San Francisco on Sept. 28.

All of that, while working full-time jobs to support themselves -- or in the case of guitarist Greg Wilmot, raising a baby boy as a stay-at-home dad -- and they still somehow manage to make it look effortless. That's probably because anytime you see The 131ers doing their thing, whether in person or on camera, they seem to be having an absolute blast.

The band, consisting of frontman Kaleb Davies, bassist Chris Graue, drummer Ryan Dawson and Wilmot, has made having fun their modus operandi. And their upbeat brand of funky, catchy, melodic indie rock reflects that, as it easily whips crowds into a jumping frenzy at their shows.

"Being an independent band in 2018 is trying to make it look easy, but really just devoting everything," Davies told TooFab after performing an acoustic set in our studio. 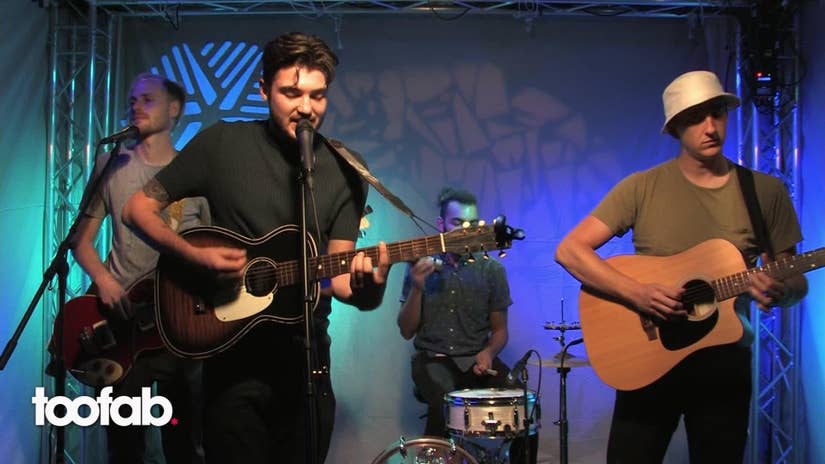 "It's not like back in the day where you played a couple shows, and then someone saw you, and then they give you the album art, and then you sign your rights away and all of the sudden you're a star," the singer continued. "It's not that anymore. You have to be committed to selling yourself without selling out.”

Graue added, "You just have to keep doign stuff that makes people feel something and you can't count on anyone else to do it for you."

And why should anyone else when these fellas do such a fine job on their own. The band's sophomore release, "Nothing's as It Should Be," has every bit of production value as a record from a major label, despite being recorded in their DIY studio built inside their very own warehouse, where they hold shows for their sprawling local fanbase and shoot music videos, like their latest for single "Ballerina."

They're certainly beyond good enough to be picked up by a label -- and yes, they have entertained offers -- but the question on their mind is, uh, why? Ultimately, The 131ers seem to genuinely care more about how being signed would enrich the fan experience rather than their own.

"I would prefer not to," Graue said. "People have approached us about stuff, and then we look at what they're offering and we're like, 'How does this do anything for people who listen to our music?' It sounds like you take some money and then nothing changes, so I don't understand ... If someone could say to me, 'No, this is going to make more people who love your music hear it and have a better time at your shows,' than I'm in, but nobody has been able to explain that to me."

Here's where aspiring indie artists starting taking notes. While many artists complain about Spotify paying out less than a penny per stream, or take issue with people being able to listen to their hard work for free, The 131ers see the power that the platform has put in their hands.

"It's the most important thing to happen in music in the last 50 years," Davies said. "You can do a lot to support your music on Spotify by yourself, and that's something every indie band has to learn and every indie artist should know, is that you don't have to rely on these PR companies, Spotify is a way to reach people who want to hear your music."

"And Spotify gives you more data as an independent artist than any label has ever had access to," Graue added. "And you as an individual artist can make more decisions with that data than somebody managing a bunch of people." 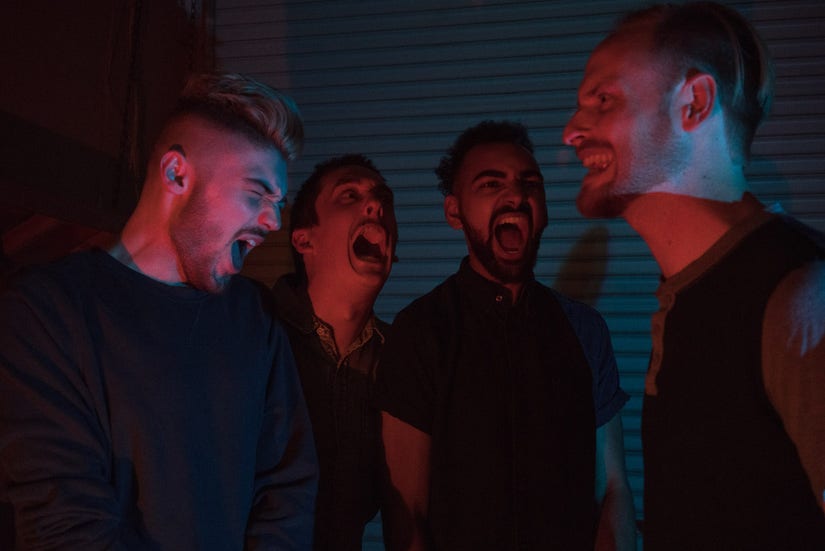 One insight from that data has already impacted their marketing strategy. "We found dudes love us. Men love our band," Davies said. "We have a lot of girls at our shows, so we were always kind of marketing toward women."

It's not hard to see why dudes love these guys, either. The 131ers are, by all the evidence we've seen, cool dudes. Sure, the combination of Davies' incredible singing voice, pretty-boy face and confident frontman swagger may very well be responsible for luring in the ladies, but their undeniable talent, sense of humor and collective authenticity as working-class rockers should resonate with the dude demographic.

And don't let Davies' model looks fool you. He's as blue collar as they come, making his living outside of the band as a carpenter and handyman, and he's inspired by the struggle of the working class. His concern for the growing gap between the rich and poor is on full display in the song "Rich Kids" off of their new album.

"We have grown as a culture where we're obsessed with creating this weird society that is so focused on wealth and on celebrity, and I think it's really taken away from what it used to be, where we wanted to focus on creating a better life for every American and for anyone that wanted to come to America," he said during our interview. 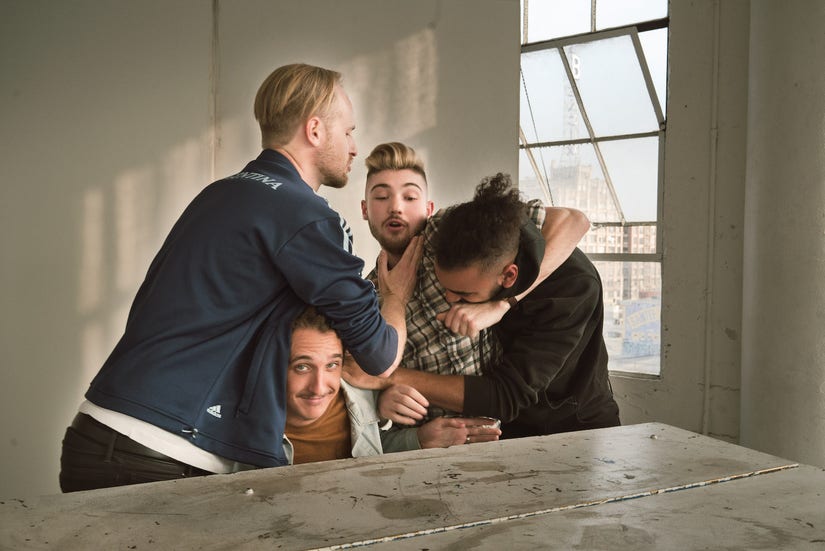 As for the rest of these working-class heroes, bassist Graue works in video production, drummer Dawson is a Starbucks barista and guitarist Wilmot is proud to devote his life to fatherhood.

"All I do is I have fun with my son every day and it's wonderful," Wilmot told TooFab.

Follow @The131ers on Twitter and Instagram to keep an eye on these guys, and if you live in California, visit their website to find out when they're playing near you. And if your ears are hungry for more after watching their performance in Studio TooFab in the video above, enjoy their excellent "Rome" music video below. 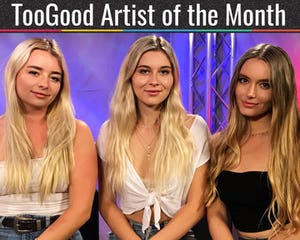 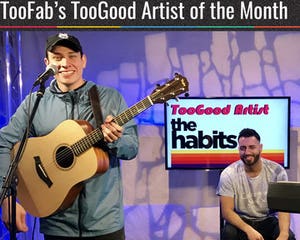 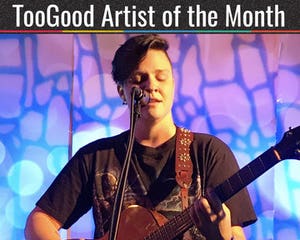 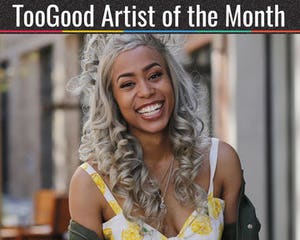