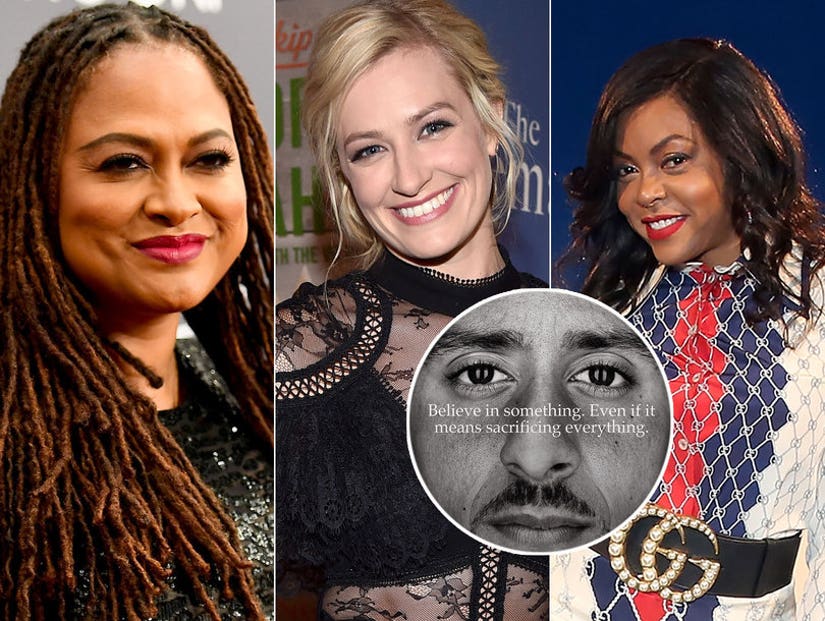 Nike came out with a strong political statement by naming former NFL quarterback Colin Kaepernick as the new face of their #JustDoIt campagin on Labor Day, and Hollywood is here for it.

The Twittersphere lit up all day throughout the holiday, pushing Colin Kaepernick, Nike and #JustDoIt -- all three -- into the Top 10 trending topics in the United States deep into the night. Kaepernick tweeted out an image from the campaign, with a divisive tagline emblazoned across his stoic black-and-white face: "Believe in something. Even if it means sacrificing everything." 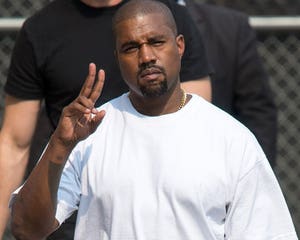 Kanye West Is '100 Percent' Serious About Being President, Apologizes for Slavery Comment, Says This About Trump

With just days to go before the 2018 NFL season, Kaepernick will again sit out the season unsigned, despite statistically being one of the best quarterbacks in the league. He also became one of the most controversial when he began kneeling during the national anthem as a form of protest against the unequal treatment of minorities by police officers in the United States.

Believe in something, even if it means sacrificing everything. #JustDoIt pic.twitter.com/SRWkMIDdaO

This has been misconstrued into a protest against America and the military, specifically, by many conservatives and Republicans, as seen by their vitriolic Twitter outrage over Kaepernick's inclusion in Nike's campaign. He joins Serena Williams, Odell Beckam Jr. and Shaquem Griffin, but is the only inactive athlete in the campaign.

It's a bold move by a mega-corporation, especially as it comes just as the NFL season is about to commence, and while Nike is the offical uniform sponsor of the NFL. That in-your-face stance -- which Nike has not commented on other than by releasing the images -- sees many in Hollywood and beyond applauding the company, even as they are laughing at how bent out of shape many on the right seem to be getting about it.

Here's an example of some of the negative reaction to this campaign, with many Trump supporters and self-proclaimed #MAGA enthusiasts railing against Nike and burning their Nike shoes and apparel. 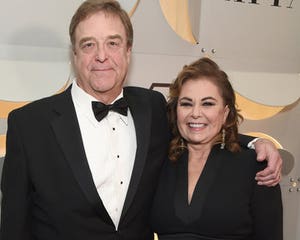 Roseanne Barr Thanks John Goodman For Saying She's Not A Racist

As true today as it was 2 years ago. Sit down, Colin. #justdoit pic.twitter.com/Vq9tjfDjar

Dear @Nike, I am burning all Nike stuff that I own. The man you decided to make the face of your #JustDoIt campaign wore socks depicting police as pigs.Yet, you celebrate him. It is the police who #justdoit 24 hours/day-7 days/week protecting lives while risking their own lives.

Our Soundman just cut the Nike swoosh off his socks. Former marine. Get ready @Nike multiply that by the millions. pic.twitter.com/h8kj6RXe7j

Nike just shot itself in the foot by launching the #JustDoIt campaign with crybaby Colin Kaepernick this #LaborDay!#BoycottNike
Both @Nike & @Kaepernick7 are Traitors!#RETWEET
Join us today @ https://t.co/ZbnntViW4T
Burn your Nike Products!
We hope @TigerWoods Disavows them pic.twitter.com/CausxlozLQ

@Nike fixed your ad campaign for you. #justdoit #BoycottNike pic.twitter.com/7y6DjGkkrT

Boycott Nike!
Please Follow @45Pres2020 who sacrificed 5 pair of @Nike Shoes to make this video!
Can we get 1 Million to #RETWEET to support Veterans & America & Police (Since @Nike & @Kaepernick7 Hate Them) ?#BoycottNike#JustDoIt
Join us @ https://t.co/ZbnntViW4T pic.twitter.com/uTb5nTo1iG

They did not hesitate to viciously troll the right for what they saw as a clear "missing the point" moment, as well as throwing their support behind both Kaepernick and Nike for taking such a bold political stance. 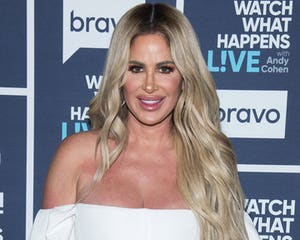 Especially proud to be a part of the Nike family today. #justdoit pic.twitter.com/GAZtkAIwbk

Protesting a company for standing with a guy who peacefully kneels to protest the murder of unarmed black people.

Not the flag. Not the anthem. Not the military. He kneels to protest the murder of unarmed black people. Only that.

. @Kaepernick7 is going to make a fucking fortune and I'm here for it.

This is terrible for America. NOW what shoes is @realDonaldTrump supposed to wear while he's doing CrossFit? https://t.co/S8BSzAfCcP

YES!!! So happy about this @Nike @Kaepernick7 https://t.co/vOBbqccA1P

Nike ran the numbers. They'll be ok. But please, burn your socks.

Would you sacrifice comfort, money and security for what you believe in? #ImWithKap pic.twitter.com/MMY55z84G3

#GODIS 🙏🏾 💋💋💋 #Repost @kaepernick7
・・・
Believe in something, even if it means sacrificing everything. #JustDoIt https://t.co/t2XK4eMfnw

Facing outrage for featuring Steve Bannon at its Festival, The New Yorker scrapped its plans, not wanting to be seen as giving voice to a white nationalist. Also facing outrage for naming Colin Kaepernick to its "Just Do It" campaign, Nike said, "Go F yourselves, he's awesome."

I love that all the people cutting Nike logos off their clothing don't realize they're just advertising Nike.

Excuse me while I go buy allll the @nikestore . pic.twitter.com/ZYmUyfxviJ

This is what will make America great again. https://t.co/Rdt9NLEpFO

And ruining things they paid good money for? This is like the @seanhannity @Keurig boycott where people destroyed machines they paid for.... https://t.co/g5VsTvrHsp

Believe in something, even if it means sacrificing everything #JustDoIt

Salute to @Nike for having some guts. It's positive movement. Who's the next corporation to step of for the… https://t.co/exkGBhS6iC

This is hilarious. I mean like, actually funny. Poor things. https://t.co/cODuNTek4N

It might be hard. Just do it.
Salute @kaepernick7 https://t.co/szEMyBMFSl

Racists are burning their Nike apparel. I wonder if they know Nike is the official outfitter of the NFL? The poetic justice in the new #JustDoIt campaign with Kaepernick is pure brilliance on Nike's part.

It's hilarious watching all these racists get bent out of shape because Nike sided with Colin Kaepernick, equality, and against police brutality

Can't wait till we see these morons burning their $150 shoes... #JustDoIt

I see a lot of people saying they're “done with @Nike”

All I know is that it's gonna make those KAWS 4's a lot easier for me to cop!

Colin Kaepernick drew our collective attention to the problem of continued racial injustice in America. He did so not to disrespect our flag but to give meaning to the words of the preamble of our Constitution—“in order to form a more perfect union.” Well done, Colin, well done. https://t.co/4ALyUxLjM5

Nike is a huge business. They've calculated risk. They may even have reason to believe this will make the brand more popular which means the guy burning his white air monarchs is in the minority. Bitter pill to swallow, I'm sure. Good luck w the protest. Bet they anticipated it.

You guys do realize that burning and trashing Nike apparel is.... protesting

And that's your first amendment right

Going one step further and no longer worshiping Nike as my goddess of victory. Will ONLY recognize Victoria, her Roman counterpart. #MAGA pic.twitter.com/dC5vi4NyE6

My Oath was to defend the Constitution of the United States, against all enemies, foriegn and domestic. The 1st Amendment of the Constitution grants Kap the freedom to express himself, whether I like it or not. I will keep true to my Oath. Any questions, @johnrich ?

Colin has been denied work in the NFL for 551 days as of today.

The NFL is locked into 10 years with Nike.

MAGA PRO TIP: take your Nike jump suit off *before* you burn it pic.twitter.com/hRSNm4sBGI

Dear every upset person who's burning their Nike gear because of Kaepernick please donate it to your local Salvation Army,homeless shelter,goodwill or go personally hand it to someone in need. #LoveConquersAll

everyone loves Muhammad Ali now, but if you're shitting on Kaepernick you would have HATED Ali in his prime

in a few decades white kids will have Kaepernick posters and old conservatives are gonna pretend they were always fans. Watch. pic.twitter.com/v1pWge7fly

Me going to buy some Nikes after this Kaepernick ad pic.twitter.com/LHDB1TwFjm

To the folks destroying your previously purchased @Nike clothing, I challenge you to donate it to the many homeless veterans you think you're defending/supporting.

Me headed to the #GoodwillS to pick up some cheap Jordans once the crazies start donating them to “own the libs.” pic.twitter.com/T6HiOaA3Xe

Boycotting .@Nike because of a man that is trying to make the world a better place shows you where we are as a country still. #Kaep #MoreThanAnAthlete #justdoit ✊🏽 pic.twitter.com/8TWoo2EuMx

That Colin Kaepernick is still not on an NFL roster is reprehensible... But for Nike to actually acknowledge an athlete who cares about social justice instead of just sneakers is commendable... #JustDoIt pic.twitter.com/VGb8iwC5wh

Me going shopping in the Nike store just because I know how much they've pissed off the MAGA heads #JustDoIt pic.twitter.com/Zw52HwingI

Nike making Colin Kaepernick the face of their #JustDoIt campaign is EXACTLY what we as veterans serve for. We support FREE SPEECH. Period. Fox News, Donald Trump and their supporters...you are irrelevant here. End of story.

TRUMP SUPPORTERS: Everybody else is a delicate snowflake. 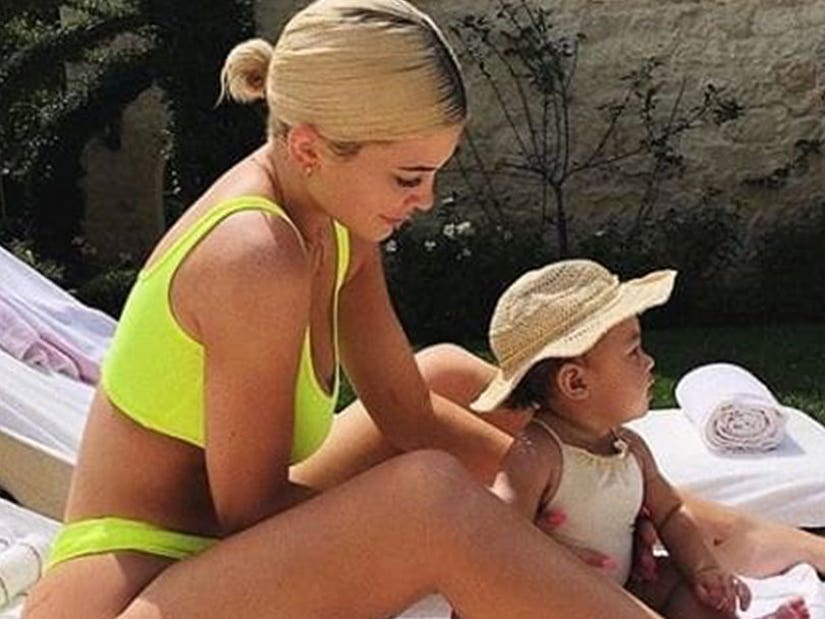