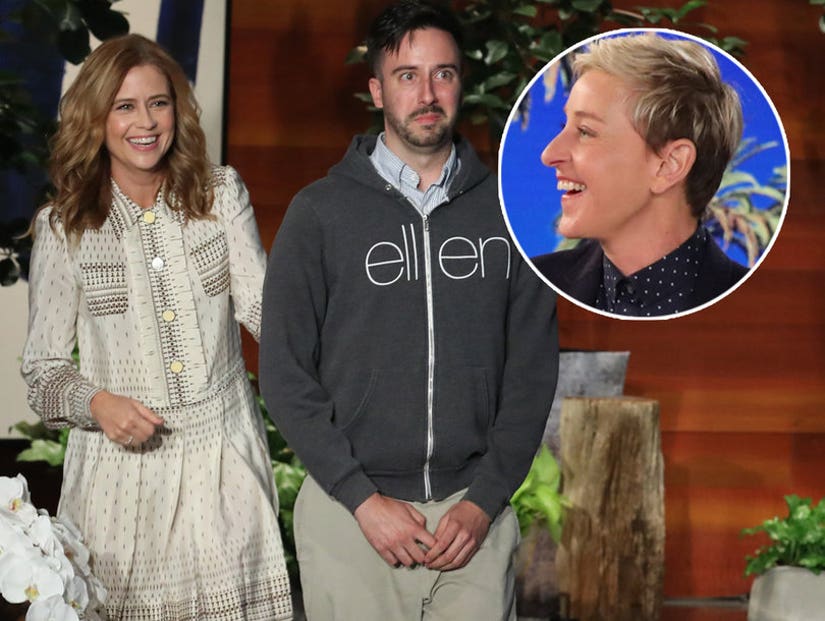 Jenna Fischer and Ellen DeGeneres play a hilarious prank on a Warner Bros. page -- and it's all captured on camera.

"The Office" star Jenna Fischer stopped by "The Ellen DeGeneres Show" Tuesday to promote Season 2 of her hit family comedy, "Splitting Up Together" -- but before she left, she and Ellen had some fun with a Warner Bros. page.

Equipped with a mic in her ear, Jenna made her way off Ellen's stage and through the studio. Accompanied by one of Ellen's assistants -- who was in on the prank -- Jenna stopped in front of the page's desk. Frantically, she said she forgot her phone. The assistant assured her she would go back and fetch it, leaving Jenna alone with Michael -- their "Fisching for Compliments" victim.

Ellen's audience watched via a hidden camera as Ellen fed Jenna embarrassing lines to say to Michael, who handled the awkwardness like an absolute champ. The goal was to get Michael to compliment Jenna as many times as possible. For every compliment Jenna received, Ulta Beauty agreed to donate $1,000 to the Breast Cancer Research Foundation.

In the end, Jenna helped Ulta raise $10,000 -- but the process of earning that money was absolutely hilarious. Watch the video above. 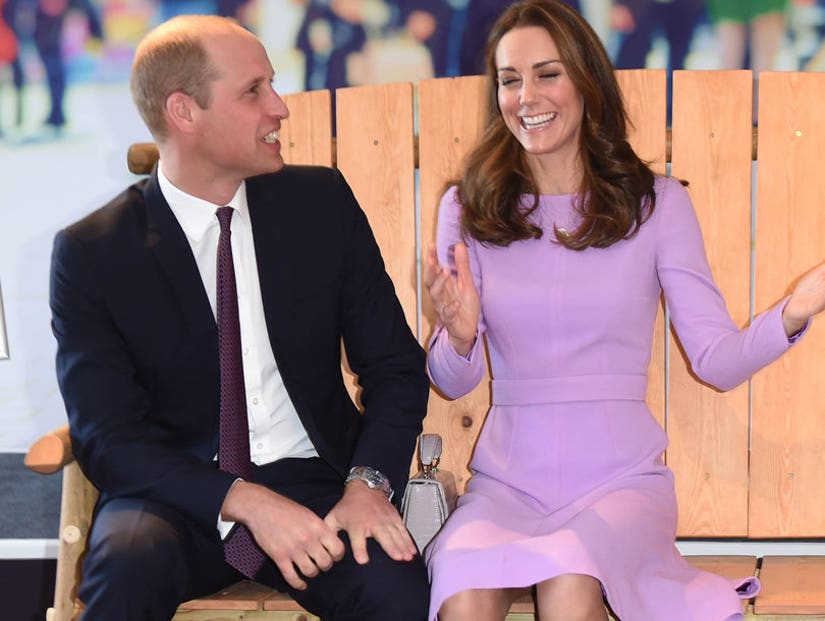