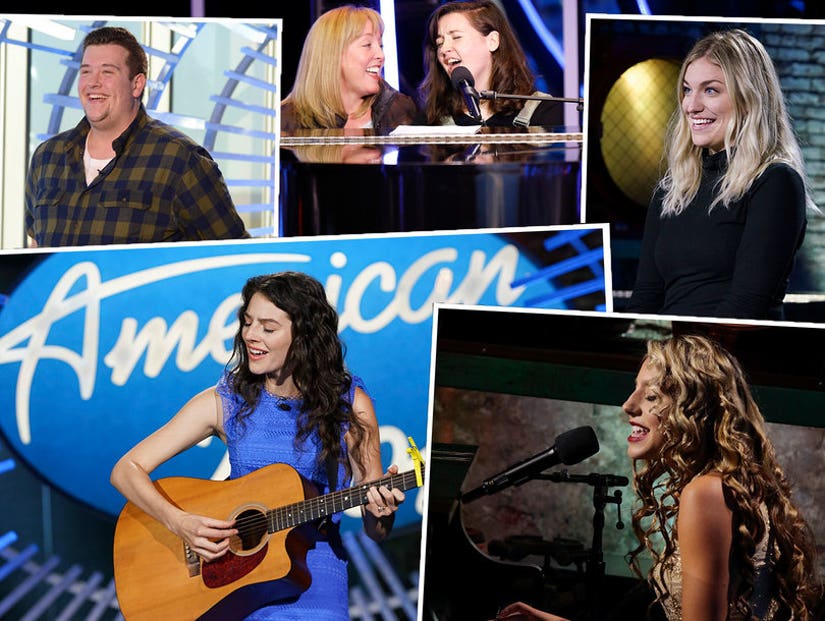 Which contestant had Katy Perry calling for security? Which made Luke Bryan pass out? And who brought all three judges to tears with a gut-wrenching original song?

Katy Perry kicked off the night by smashing into a pinata castle with a pink baseball bat for her birthday, and it was a celebration of amazing talent on "American Idol."

Which contestant's voice was so sweet and alluring that Luke collapsed to the ground? Which singer brought the entire panel to tears? Which singer drew all three of them toward her until they were crowded around the piano as she performed? And which "stalker" had Katy Perry calling for security? 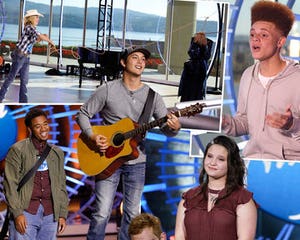 Katy Perry declared one of her favorite voices of all time -- and it really was something special -- and we got to see a world-class beatboxer. What he was doing here, we're not sure, but it sure was fun seeing him. There are better shows for that talent, though, my friend ... emphasis on talent.

There is only one more round of auditions left to go after this one, and it comes Monday night as "Idol" slips into its usual two-night rotation. And with the talent we've already seen in these first four nights, it's going to be an impressive roster of singers.

Will one of them actually emerge a star? Like ABC, we're sure hoping! 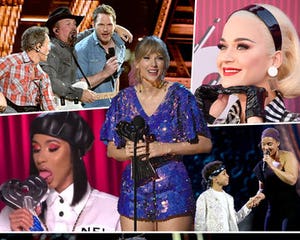 2019 iHeartRadio Music Awards: The Only Moments Anyone Will Be Talking About

Right off the bat, Katy called out, "Security, we have a stalker in the building." Jessica then made the mistake of telling the judges she auditioned seven years ago, so they looked that up and it ... wasn't pretty. The problem is she was still trying wa-a-a-a-ay too hard (read that "way" with a ridiculous run to capture a bit of what she did. She needs to calm the frick down with those, but she has learned how to hold a note. She just won't stay on it. The judges told her no, and it was the right call for now. But she has potential to find herself.

"You can have it all if you don't need nothing," Mize said after showcasing his beatboxing skills. And honestly, he really is impressive at what he does, creating electronic sounds and really cool sounds. But where does that fit on "American Idol"? Maybe he should have taken his trade to "America's Got Talent" instead. Now, if he could sing with that level of beatbox skill to back it, he'd be really, really interesting.

There's something there in Colby's voice that's almost old-school country like Clint Black or something, but it definitely is in need of polish, as it sounds somewhat affected. There's also a somewhat haunted quality to his voice, and yet he felt completely disconnected from the lyric of this song ... especially when he was playing the guitar. Luke made the right call in having him drop it for the chorus, and it got better (though his timing was a mess). Yet another work in progress, but someone with a compelling enough character to their voice it might be worth grooming. 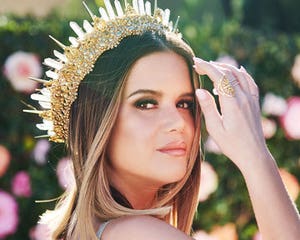 She definitely sings like she's used to being part of a group. She has a lovely tone to her voice, but it sounded kind of thin throughout, like it would be drowned out almost immediately by any backing music at all. She could work on ways to add strength to it -- and it certainly didn't help that she took on one of the richest voices in music. There's an innocent purity to her voice, too, that sounded off on this track. But there's no denying she's a talented singer. The judges then brought in her mom and donor mom to hear her and the latter sing together, which proved just how good Gaba is when she's not singing alone.

This is such a unique sound on a unique song it's hard not to sing and sound like you're doing a Dolores O'Riordan impression. But Peach still managed to show that she has a real voice underneath those distinctive vocal breaks and yodel effects. Katy Perry is convinced she's a robot and there is something to the fact that her repetitive vocalizations were identical over and over. Her original song showcased more of what she can do with her voice, and it's actually quite a pretty sound. But it's not Dolores, and that's okay. Peach still needs to find who she is, but she's definitely got real talent.

Katie settled well into the song, as she was straining earlier in it. By the end, though, it was a genuine lullaby that truly sounded both sweet and alluring. There's something interesting about how Katie caresses a note that grabs your attention. And even though she was inconsistent throughout the song, she still managed to put Luke under her spell. His only critique was, "I'm a yes." There is something adorable about her voice, and with some honing she could be a special contestant. 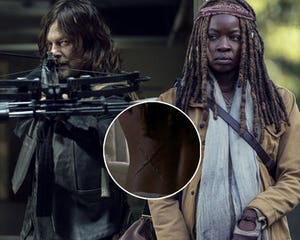 Just for fun as this was a returning contestant, Katy channeled "The Voice" and did it as a blind audition to see if she could identify them by their voice. She got to Top 24 last year, so came back even stronger this year. It was never her voice, as she was always impressive. And she has worked hard for the past year to make herself a star. And she's definitely grown, though this wasn't a perfect audition. She still has room to grow and polish, but she's definitely got something.

Dalton is a father to a young boy, and we didn't even need to be told that because you could hear it in how authentically he sang this song. His is a natural voice for country music, with just the right amount of subtle passion and the ability to progress a story. There was nothing spectacular about him vocally -- no tricks, no runs, no impressive notes -- but he has everything you need to interpret a lyric and maybe pull a heartstring when you're tugging on that guitar.

Katy Perry declared it one of the favorite voices she's ever heard in her life, and it's definitely something unique. Evelyn barely raised the octave of this piece, sliding effortlessly into a deeper register and only barely coming out with the "I" of the chorus. And yet, it was utterly transfixing throughout. There is something compelling about how she holds a note and massaged the lyric of the song. The only thing that makes us wonder is that this is such a unique sound that matches this song so well, how will it carry into other songs? Will she sound as rich and unique? Let's hope so. 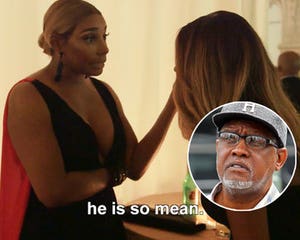 Jacob has a higher-pitched speaking voice, and that lent itself well to his interpretation of this Grande jam. He didn't try to go falsetto and showed a solid upper range, nice vibrato and a good timbre to his voice. There's nothing super flashy about how Jacob sings or even how he sounds, but it's a great instrument that can hold a song well within it. While we're not blown away yet by what he can do, based on the song choice, we definitely want to see more so we can get there because we know he's got it.

A year after she lost her husband in a car accident, Lauren wrote and performed an absolutely gut-wrenching song. Every bit of her pain was in that song and it was mesmerizing and beautiful. Even without the backstory, it would have been a beautiful song beautifully performed. She has an authentic country voice, as Luke put it, and she was able to touch everyone's heart through her story and through the song of her story. That's the kind of authenticity that shines in Nashville.

Ashley's voice was so sweet and inviting that by the time she finished her audition, all three of the judges had encircled the piano. Every note was so deliberate, so impassioned. She is one of those diamonds in the wild that truly makes you wonder how many people out there are so amazingly gifted and talented but because we live in a world that doesn't encourage artistry, they go forever undiscovered. Ashley is a storyteller, a musician and an absolute magnet. 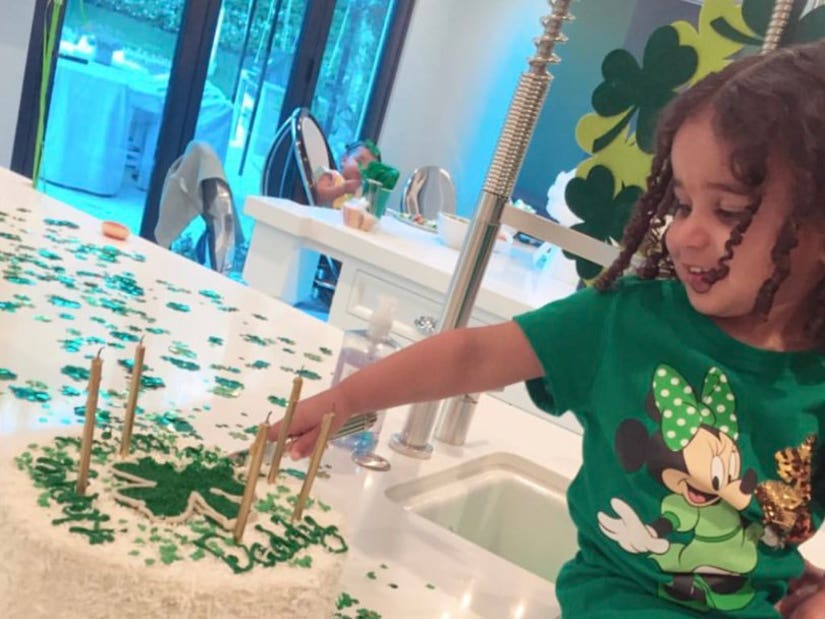