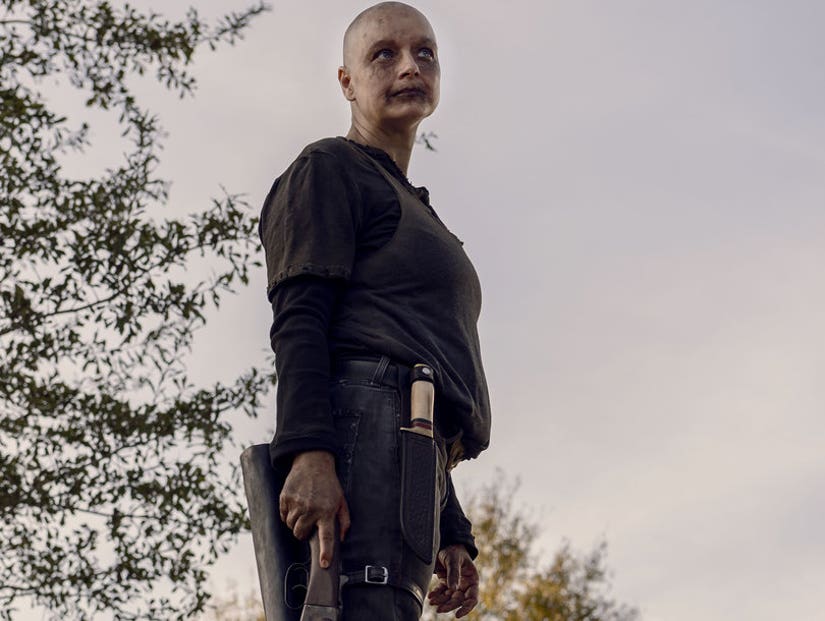 Heads literally rolled on "The Walking Dead" Sunday night, as Alpha claimed not one, not two, but 10 new victims.

Echoing the comic books, the HBIC of The Whisperers infiltrated the big fair, kidnapped a number of its attendees and then decapitated them in brutal fashion. She then stuck their zombified heads on spikes, which marked the edges of her group's territory. 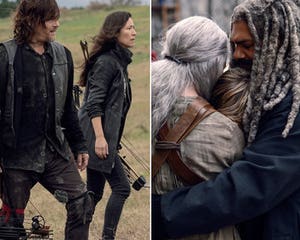 Alpha's victims: Ozzy and Alek (The Highwaymen), DJ, Frankie, Tammy, teenagers Adeline and Rodney, Enid, Tara and Henry. This list deviates from the source material, where Ezekiel and a pregnant Rosita were among the dead.

But while they were killed off in grisly fashion, they were last seen on screen in moments of heroism, as Siddiq explained how each of them joined together to fight off their attackers just before their deaths. 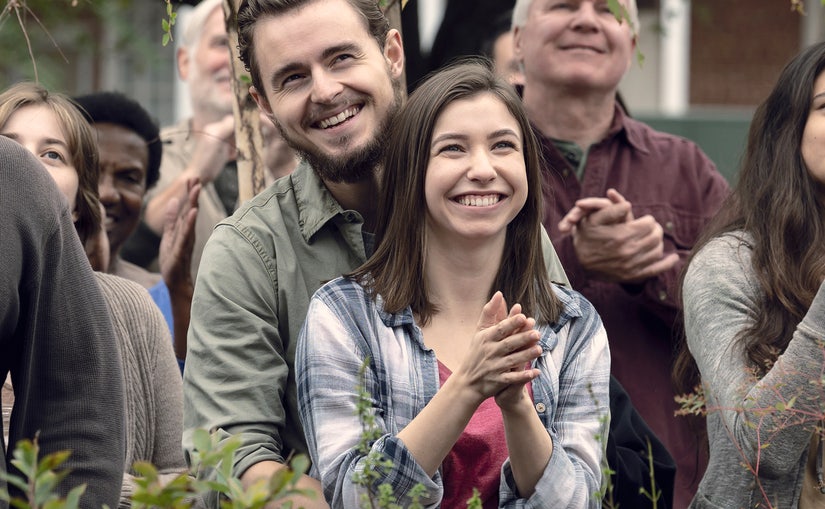 At what point did you learn you'd be one of the victims and what was that conversation like with the show runners?

I always knew it was a possibility that Enid would be one of the victims but didn't find out until about a week before filming the actual episode. It was a relatively short conversation just about how I wanted to see Enid leave the show and all.

Were you surprised by some of the others who fell alongside you? It's a very different group than the comics.

Honestly, I had no clue who they were going to kill, so I would've been shocked if it went along with the comic books even.

You, in particular, got a badass moment in the final fight scene. Was it nice to go out in a shocking, but also heroic way?

Of course, it was good to leave on a fighting note, that was one of the main things I wanted to see from this episode for Enid.

What was the process like to make your head and your reaction to seeing it when it was all done?

It was really creepy. They put this slime substance all over my face that eventually hardens, and you have to peel off. Definitely don't want to do it again, but seeing my absolutely amazing decapitated head in the end made it all worth it.

Did you get to keep it?

We know everyone gets a goodbye dinner on this show, how was this one different, considering it was such a big group?

It was honestly just another night spent around amazing caring people, nothing too different.

Do you have a parting message to the fans out there who may be seriously bummed out right now?

I'm dead on the show, not in real life. I still have plenty more to give.

Last but not least, what's next for you?

Already have a new job in the works that I'm very excited about, so make sure to stay tuned!