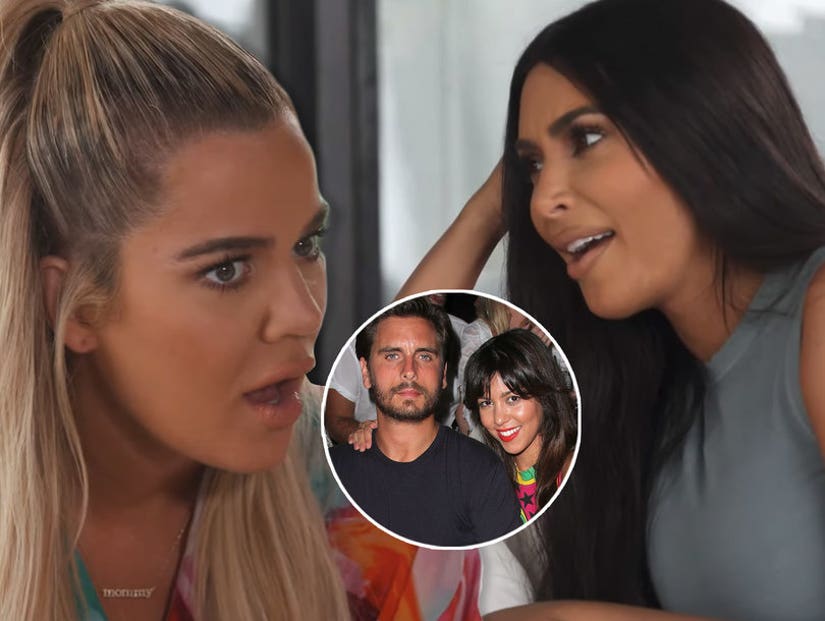 "The guy was basically saying that in a past life that we were together and that we're soulmates," Kourtney tells her sisters in the clip.

Kim and Khloe Kardashian aren't thrilled with the thought of Kourtney and her ex-Scott Disick possibly being soulmates, but it's not for the reason you might think.

In a preview for Sunday's new episode of "Keeping Up With the Kardashians," the three sisters discuss the readings they received from a healer in Bali. While Kim and Khloe are dissatisfied with their experiences, Kourtney recalls her reading -- where the healer claimed she and Scott are "soulmates." 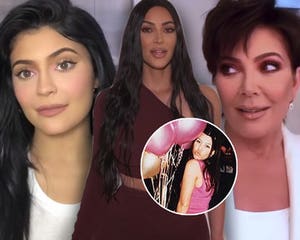 Kardashians Share Most Embarrassing Stories About Kourtney For Her 40th Birthday

"The guy was basically saying that in a past life that we were together and that we're soulmates," Kourtney tells her sisters. "So, he was like, 'You have to decide if you want to be together or not be together.'"

While Kim and Khloe are shocked over Kourtney's reading, they are more upset because their readings weren't even close to the emotional depth Kourtney received in hers. In fact, Kim and Khloe's were flat-out bizarre.

"I had to cut a piece of my real hair, put it in a bowl, so then he pulls my toes so f--king hard," the KKW beauty founder recalls. "I almost was like, 'Dude you need to stop. This isn't normal."

Khloe, on the other hand, says she had to deal with another body part. "I sit down, he lifted up up my pants, took a straw and sucked out stuff from my knee and he spit it into a bowl."

Kim and Kourtney, seemingly jealous, vent their frustrations in a confessional.

"I'm surprised from Kourtney's recap because Kim and I literally got nothing emotionally from our reading," Khloe confesses to the camera. "We wanted it and we didn't even get that."

"They got such deep information," Kim adds. "Like, why didn't that happen to us?"

But the question still remains: Are Kourtney and Scott soulmates?! We'll just have to wait and see.

"Keeping Up With the Kardashians" airs Sunday at 9 p.m. on E!