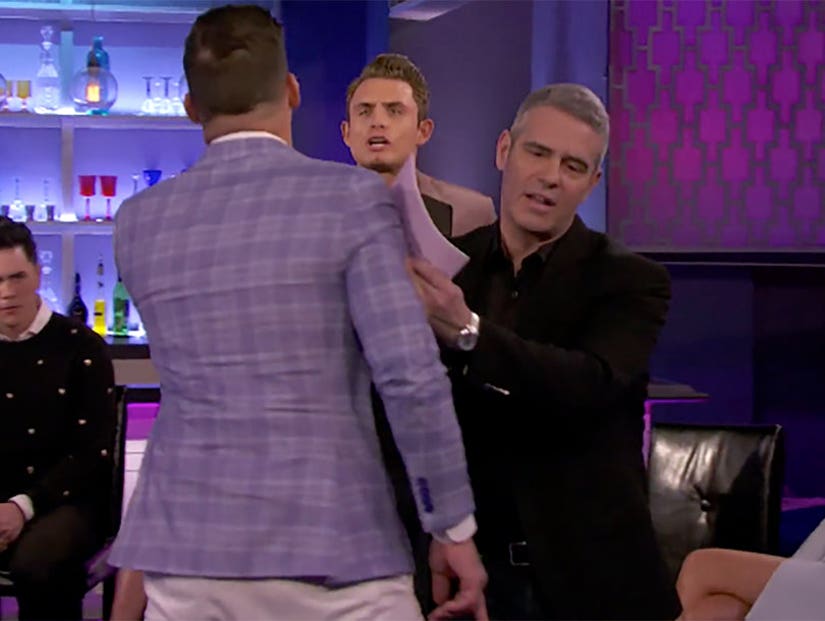 Andy Cohen is forced to separate the two, as Jax screams, "You and your stupid f—king girlfriend are useless!"

Jax Taylor said this year's "Vanderpump Rules" reunion was the "the worst/best reunion we have ever had" -- and he's smack dab in the middle of the action in the just-dropped trailer.

Yes, the whole sneak peek is full of drama, but it all comes to a head at the very end, after James Kennedy brings up Jax's father in a way Taylor isn't happy about.

"You want to talk about my dad?" he shouts, getting up from his chair. James jumps out of his seat too, as they get in each other's faces. Host Andy Cohen has to pull them apart, as Jax screams, "You and your stupid f—king girlfriend are useless!"

It looks like the commentary about Raquel Leviss keeps coming throughout the three-night event, as Tom Sandoval motions to James as he says, "You called his girlfriend dumb." Cut Kristen Doute: "She is dumb!"

At one point, Lala Kent also tells Raquel, "Just because you have a vagina, doesn't mean I'm going to support you." 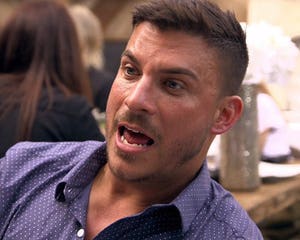 "This is going too far," exclaims Lisa Vanderpump elsewhere in the wild preview.

Here's what else to expect, thanks to a Bravo press release:

In the shocking first hour of the “Vanderpump Rules” reunion, host Andy Cohen sits down with the gang from SUR to discuss Brittany's surprising engagement, the rap that ended James' friendship with Jax, and the trials and tribulations of Tom and Tom's first year in business with Lisa Vanderpump. James's girlfriend Raquel Leviss answers questions about her boyfriend's alleged infidelity, while Jax and James go head to head over vicious Twitter allegations, and Scheana confronts Lala about hiding her true life and relationship.

The reunion continues as Lala and James argue over the demise of their friendship, Katie defends her ultimatum to Lisa Vanderpump, and Ariana and Lala reveal the steamy details of their backseat hook-up. Special guest Billie Lee dishes on the “Girls Night In” fiasco, her feud with Lala, and her secret hook-up with another cast member. Stassi explains the origins of her now-famous #OOTD Day, and Sandoval takes Andy Cohen for a wild ride in the TomTom motorcycle sidecar.

The “Vanderpump Rules” reunion comes to a dramatic close as Stassi and Katie argue with Kristen over her tumultuous relationship with Carter, Jax answers for his bad behavior toward Brittany's family, and Scheana reveals the surprising results of her penguin gift to “best friend” Adam. Stassi's boyfriend Beau Clark makes an appearance and opens up about their dramatic fights in Mexico and the future of their relationship. Tom Schwartz defends his manhood, while Jax discusses whether his own mother will be invited to his wedding, and Lisa warns James that his outbursts and aggression may cause him to lose what little support he has left.

The three-night event kicks off next Monday, May 6 on Bravo.