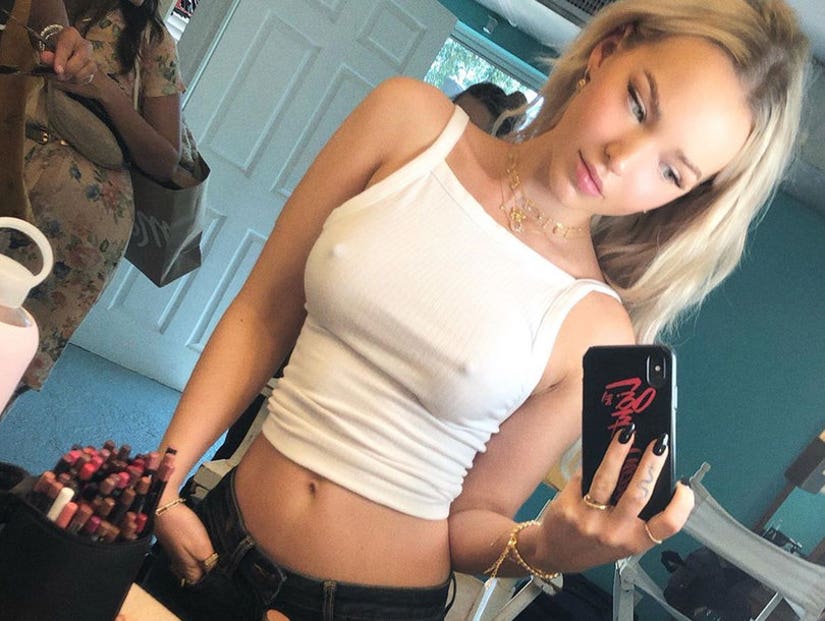 "It's only a big deal because this society is so beyond backwards that they have demonized basic anatomy," says the Disney star.

Dove Cameron longs for the day where she can post a photo without a bra on Instagram and not have it lead to social media backlash.

On Tuesday, the star of Disney's "The Descendants" posted a series of pictures wearing a white tank top with nothing underneath it, quoting author Trista Hendren in the caption. "Women HAVE a history that has been systematically suppressed. Our collective spirituality has largely been tainted to fit the needs of men and those in power," she wrote. "Our girls deserve better. The time to introduce feminism and woman-centered spirituality to ALL children is now."

In a second post, she quoted another feminist author, Elizabeth Eiler, writing, "However you inhabit and express being Woman, embrace yourself in that way today!"

The two posts racked up an impressive 8.1 million likes combined, with comments ranging from high praise to disappointment in the Disney star.

When another follower said they didn't understand how the photo was "empowering or inspiring" -- adding that it's "really not that [deep]" -- Cameron agreed, it shouldn't be, but unfortunately still is.

"I agree with you in the sense that it is not that deep. or groundbreaking whatsoever. or anything really to talk about. but it's only a big deal because this society is so beyond backwards that they have demonized basic anatomy and are very! up! in arms! about female bodily freedom," she responded.

"They're confused and loud about it. so, technically, it's not a big deal, and it shouldn't be, and the idea behind posting something like this is to normalize it. because a lot of girls feel confused about their bodies and what it means to be a woman (in a surface way, on this specific subject, about sexuality and men and who their body belongs to bc of long-lasting systemic repression)," the 23-year-old star continued.

"So. it's cool to be like, it's whatever. embrace yourself. don't hide, if you wanna, and wear a bra, if you wanna," she concluded, "but don't hide to avoid the backlash. because you don't deserve to have assholes giving you shit about YOUR BODY." 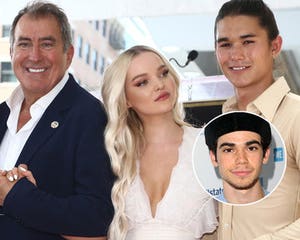 Cameron also posted a lengthy reply to a fan who said they too were feeling empowered "w no bra on right now" because of her post.

"Take ur f--kin bra off if you want. don't hide your natural body. people are weird. just because it's 'the norm' now to be ashamed of nipples or your female anatomy or your period doesn't mean they are actually bad or embarrassing???" wrote Cameron.

"Women's bodies are the literal coolest. anyone who tells you who to hide it or slut shames you or puts you down because of your gender can f--k RIGHT off," she continued. "And i would say we should sit and explain it to them, but really. who has the time. enjoy your life and empower others. bye!"

She went on to share messages from other fans showing her support in her Stories -- and even won support from "Riverdale" star Lili Reinhart, who shared a post her mom wrote about all the online chatter saying "Mass shootings are horrible. These are just boobs." 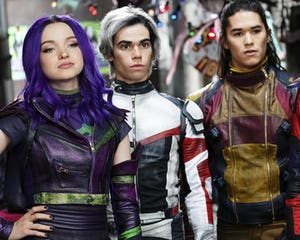