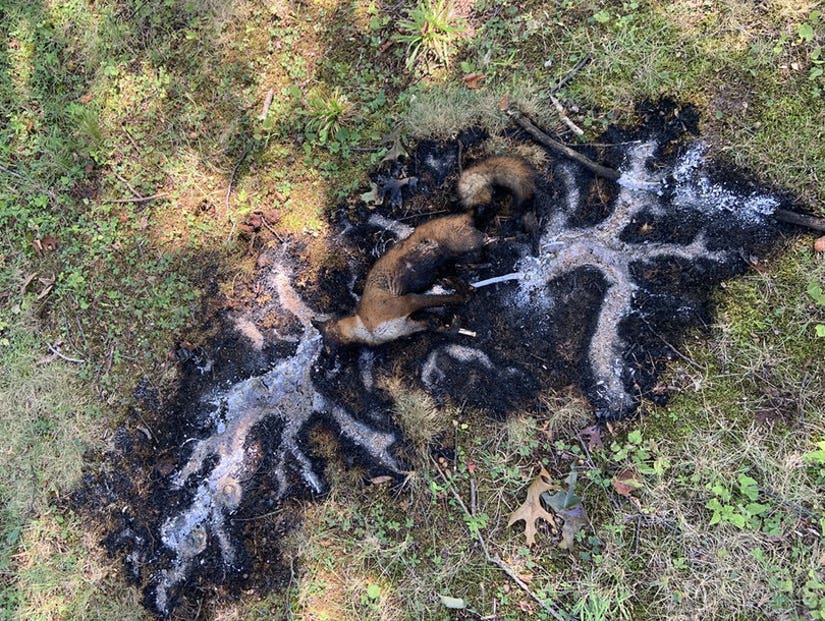 "While we apologize for the graphic pic, it's a reminder that down power lines are dangerous!"

As if you needed any more reason not to approach a downed power line — now you have one more.

Hamden Fire Department tweeted a gruesome picture on Tuesday after an unfortunate fox met his fate at the end of a fallen electricity cable.

"Several down power lines last night from the storm in #Hamden," the Connecticut firefighters posted. "Unfortunately, a fox wandered near one and was killed instantly." 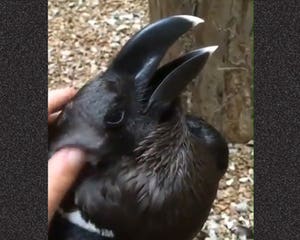 "While we apologize for the graphic pic, it's a reminder that down power lines are dangerous! Stay away!"

The jaw-dropping photo showed the charred remains of the electrocuted vulpes, with the earth spectacularly scorched all around it.

Heavy thunderstorms on Monday caused thousands of homes across the state to lose power; thankfully there were no reported (human) fatalities.

Overhead power lines can carry more than 500,000 volts; birds can land safely on them because they are poor conductors, and do not introduce a voltage difference. However the electricity in a power line on the ground is simply begging for a body to travel through, and any creature touching it provides that.

Between 300 and 400 people die of electrocution in the United States every year, and 4,000 more are injured. 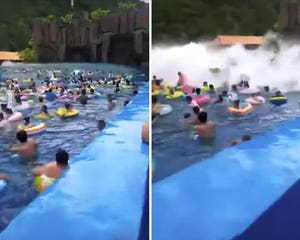