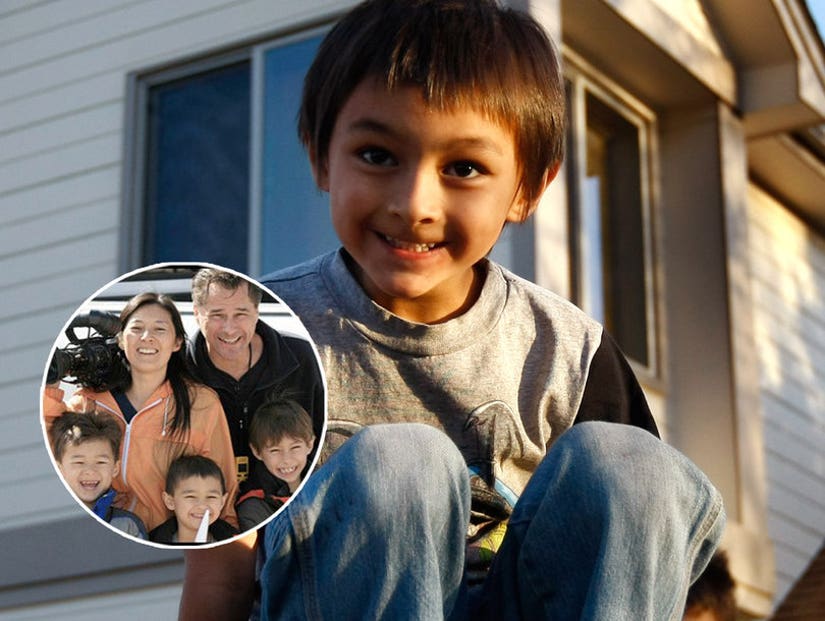 For almost 90 minutes on October 15, 2009, the nation watched as a silver weather balloon twisted and turned through the sky over Fort Collins, Colorado -- believing a 6-year-old child, Falcon Heene, was somehow trapped in the basket beneath it.

The kid would later be known as Balloon Boy and, it turned out, was not inside the balloon -- as his family led police, FAA and the media to believe -- but was instead hiding in their garage.

The story took the news networks by storm, as doubt started to sink in over the Heene family's tale. Though they all said they thought the boy snuck into the basket and took off with the dirigible, questions arose when, during a live CNN interview, Falcon said "We did it for the show."

During interrogations, the matriarch of the family, Mayumi Heene, said they did it for attention, hoping to land a reality show. Dad Richard Heene pled guilty to attempting to influence a public servant and served 30 days in jail and 60 days of work release, while Mayumi served 20 days.

Now, 10 years later, they're speaking out.

In a wild new profile with 5820, Richard says Mayumi's confession was "all bullshit." He said, "This wound up being more about one sheriff's ego and his search for 15 minutes of fame than anything having to do with us," saying his wife didn't understand the polygraph questions she answered and didn't know she could ask for a lawyer at the time.

While they moved to Florida following the incident, the Heenes -- including Richard, Mayumi and sons Falcon, 16, Ryo, 18, and Bradford, 20 -- are currently living in a camper trailer in New Hampton, New York. They're there renovating a farm house for one of Richard's clients, who lives in Florida.

Richard told 5820 he believed investigators "tried their best to ruin my family" and accused the media of wanting "to humiliate and destroy us." He added, "I'm not going to let that happen." 10 years later, Mayumi is now a naturalized citizen, while the home-schooled kids have their own band, the Heene Boyz. Richard told the publication they recently made a "heavy metal rock opera" called "American Chilly," which he's trying to sell to a streaming service. "I can see that on Amazon Prime, for sure," he said.

"People rarely recognize me from that," Falcon said, after they all rewatched the family's infamous CNN appearance with the reporter. "I don't look like the same kid. I was six. I'm a completely different person." When asked what he was thinking during that interview, he couldn't recall -- saying "that was such a long time ago."

While the family maintains their innocence, Sanchez got his hands on some handwritten letters Mayumi wrote about the days leading up to the incident. They were supplied to him by her attorney, with his client's approval. In them, she detailed her husband building the balloon, having video of Falcon saying he wanted to "get inside it" and then, the night before the incident occurred, this:

"At night, Richard asked me to remember about the story of 'Lawnchair Larry,' then Richard mentioned what if Falcon hid for œ hours later and landed, then mention in [news]paper, Fort Collins… Falcon can hide in the closet with a safe in the basement."

About October 15, she added, "To my understanding, we're never going to launch the flying saucer because the strong wind changed our mind. Because of the wind, it might crash on somebody, cars or anything… Richard said we would do the third test and quit. That's why I thought he was acting so strange. After the flying saucer went off, he went so hysterical. Because he started so hysterical, I started taking it seriously. After it was launched, we did not know whether Falcon was in the flying saucer or in the house or anywhere."

In the reporter's mind, it seemed they did plan a hoax, but also believed Falcon had gone up with the balloon because he wasn't hiding where he was supposed to -- he was in the garage and not the basement.

When confronted with the notes, Richard said "This whole thing, that never happened." Mayumi then butted in, saying, "I made the whole story up." That led to back and forth bickering between the couple, as Sanchez listened. She then claimed she made up the notes for her attorney.

"According to Mayumi's notes, all of that had been an elaborate ruse," he added. "Now, it appeared, they were doing it again, this time for an audience of one.'"

Read Sanchez's full report right here -- and watch the embedded video above for more about his investigation.