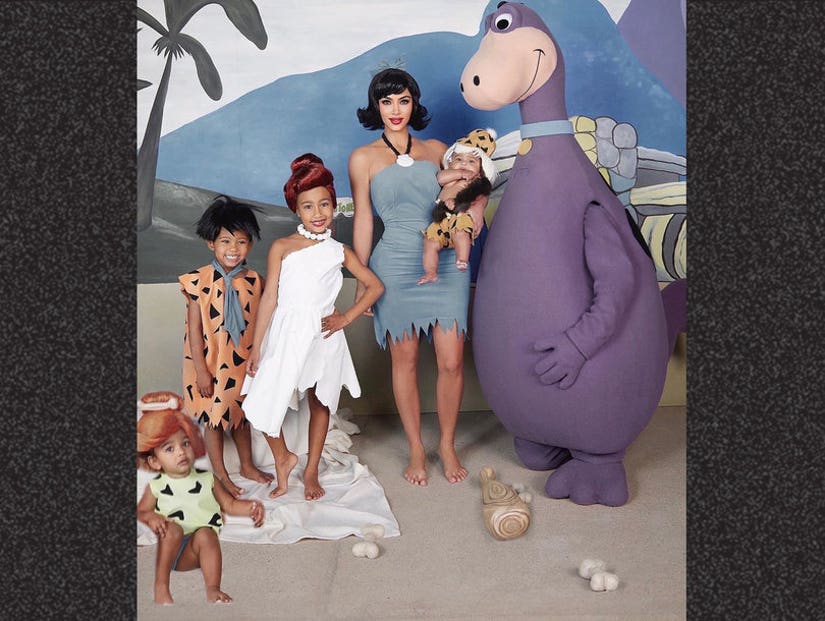 This photoshoot was a yabba dabba don't for baby Chicago.

One of the Kardashian kids wanted nothing to do with this modern stone age family potrait.

Kim Kardashian and Kanye West got all done up as characters from The Flintstones for Halloween this year, with Kim rocking a Betty Rubble costume while Kanye went totally undercover as family pet Dino. Saint and North West went as Fred and Wilma Flintstone, while Saint and Psalm were Pebbles and Bam Bam.

Though they all looked adorable in the picture Kim posted of the entire family together, one of them actually didn't pose for that shot.

"This family pic was such a challenge because Chicago was so scared of Dino," Kardashian captioned the post. "We tried to explain and show her that it was just daddy but she didn't get the concept yet! So shout out to the photographer for editing her in & making our family Flintstones dreams come true!"

See more of the photos below:

When asked by a fan on Instagram why Kanye didn't want to dress up as Barney Rubble and make it more of a couple's costume, Kim explained that "the kids picked their costumes first and Kanye only likes costumes with full masks."

These weren't Kim or North's only costumes this year, however, as they were both pictured earlier in the day sporting different looks.

Kardashian went viral for her "Legally Blonde" look, even recreating Elle Woods' college admissions video as part of the getup. North, meanwhile, partnered up with cousin Penelope Disick and one of their friends for devil and angel concept.

See those photos and more in the gallery below! 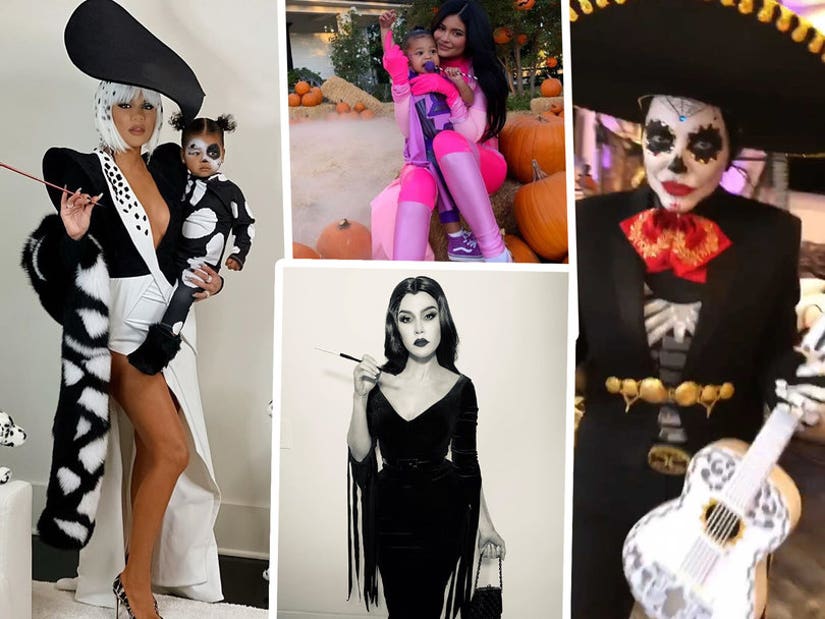