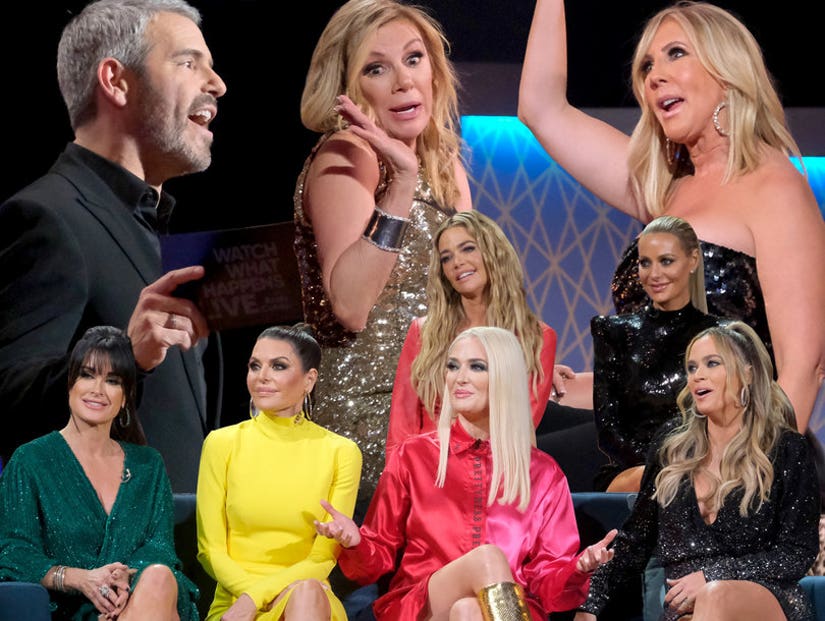 Sunday's "Watch What Happens Live with Andy Cohen" was the biggest in history, as the Bravo boss was joined by 77 network stars and 2,000 audience members at the first annual BravoCon in New York City.

After welcoming to the stage the casts of various shows ("Housewives," "Vanderpump Rules," "Below Deck," "Married to Medicine," "Shahs of Sunset," "Southern Charm") Andy grilled our favorite Bravolebs (some of whom appeared quite liquored-up) about new seasons, reunions and personal drama. Then came a round of Squash That Beef, followed by a makeout session not even Cohen saw coming.

"The situation was it was Orange County, and then it was New York Housewives," Ramona explained. "They renamed us New York. And [Andy's] head person at Bravo told me, 'Oh my God, because of Housewives, you put us on the map.'"

"Real Housewives of New Jersey" alum Caroline Manzo had previously spoken about Teresa Giudice's joint interview with Joe Giudice -- during which Tre suggested Caroline was the "rat" who reported them to the feds -- but Manzo had more to say about it Sunday night.

"I was sad because it shouldn't be that," she told Cohen. "I remember the times that we laughed belly laughs, and I'm sorry that that's no longer there. And I miss that, and I'm sorry for that, but at the same time, you're an ass because who says that? Who says that? Those are very big words, and they should be taken with responsibility, and I think she was way off base. And that's something over the years I've been very quiet over a lot of things, and I just couldn't be quiet about that."

During the break, Caroline left, which some fans seem to think was because she didn't want to be on stage with Teresa.

Perhaps the most beautiful moment of the evening was when "Real Housewives of Beverly Hills" alum Kim Richards asked Andy if she could say something. She took the mic and asked Lisa Rinna to join her at center stage. Kim explained she regretted bringing the bunny Lisa had given her to give to her grandson (which Kim gave back at one of the reunions, which made Rinna cry...it was a whole thing).

"For those of you who don't know, my daughter's husband has five siblings," Richards said into the mic. "And his brother is dating Lisa's daughter, Amelia. So we realized the other night that we could be in-laws, and I said to Lisa the other night, 'This is pretty crazy. This is our karma for fighting. We may have to look at each other for the rest of our lives!'"

"And so Lisa, I decided since we could be family, come on over here for a minute," Kim continued. "I would like to officially invite you to our holiday family Christmas party."

Rinna was absolutely touched, and the two hugged it out.

Tinsley Gets Booed, Says This About Luann and Drinking

When Andy welcomed the "Real Housewives of New York" to the stage, Tinsley Mortimer had a big announcement: she and Scott are back together. After a few cheers, the crowd started to boo. Tinsley promptly stood up, ran to the front of the stage and shouted, "What?! Why?! Boo?! Are they booing?!"

"Stop, stop," he told the crowd. "We want happiness for Tinsley and everybody."

He then asked Luann de Lesseps about life after her year-long probation in relation to that drunk arrest. After Lu finished answering the question, Tinsley shouted, "And she can drink! Yes!" She mentioned it twice, which is awkward considering Luann hasn't announced any plans to start drinking again after going to rehab twice and being in AA.

"Real Housewives of Beverly Hills" castmember Camille Grammer had a difficult Season 9 after being called "two-faced" and "wishy-washy." She stormed out of the reunion and found herself at odds with almost everyone from the cast, then went on to tweet she wasn't asked back for Season 10, then went on to insinuate she was.

At Cohen's mere mention of her name, Kyle Richards, Lisa Rinna, Erika Jayne, Dorit Kemsley and Teddi Mellencamp sat in awkward silence. The crowd went wild as their faces said it all. Eventually, Kyle stepped up to the plate.

Andy Makes Out with Fredrik Eklund

Toward the end of the evening, "Million Dollar Listing New York" star Fredrik Eklund walked across the stage and planted a passionate, wet kiss on Andy's lips. After standing motionless for a second, Cohen turned his head to the audience and gave a telling smile. 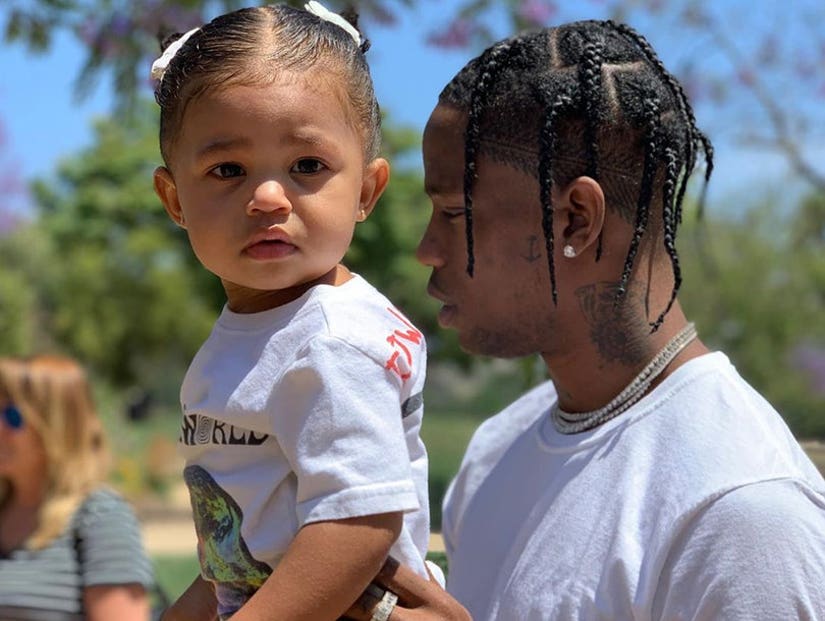