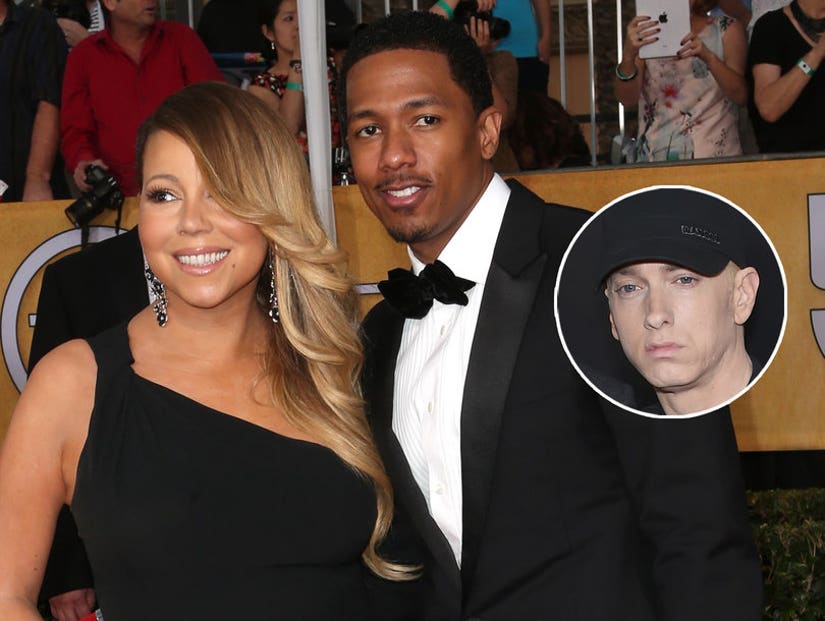 "Bring your walker, get out your wheelchair Eminem and pop whatever you want to pop," Cannon said.

Nick Cannon has a lot to say about Eminem's diss verse about his ex-wife Mariah Carey.

After Eminem slammed both Cannon and Carey on Fat Joe's new track, "Lord Above," Cannon, 39, clapped back at the 47-year-old rapper by poking fun at his age.

In "Lord Above," Eminem raps, "Word to the Terror Squad, Joe, this is all puns aside though / I know me and Mariah didn't end on a high note / But that other dude's whipped, that p---y got him neutered / Tried to tell him this chick's a nut job before he got his jewels clipped / Almost got my caboose kicked, fool, quit, you not gon' do shit / I let her chop my balls off, too 'fore I lost to you, Nick."

And Cannon, who was married to Carey from 2008 to 2016, did not like the way Eminem spoke about him and his ex-wife.

"We should change his name from Eminem to Percocet," the "Wild'n Out" star on his Power 106 radio show, "Nick Cannon Mornings" on Friday."What's the pill old people use? We are going to call him Cialis. Bring your walker, get out your wheelchair Eminem and pop whatever you want to pop."

When one of Cannon's co-host called Eminem "a legend," Cannon, wearing a Santa suit, flat-out replied, "No he's not."

The entertainer also shared a second post on Instagram where he praised Fat Joe's new album, while also continuing to diss Eminem. In the post, above, Fat Joe is featured alongside many of the artists featured on the new album. Over Eminem's pic, however, Cannon put a grandpa emoji.

"@FatJoe album is 🔥🔥🔥🔥 Star studded, he even did some charity work and dug @Eminem out his grave I mean cave!!" he captioned the post. "LOL FLAM FLAM! BLAM BLAM! NICK CANNON!!"

Cannon also challenged Eminem to a battle on "Wild 'n Out," writing, "Bring your Ass to @MTVWILDNOUT to Battle like a real legend Grandpa Marshall!!"

Eminem and Carey were briefly romantically linked back in 2001, but it seems that Eminem still hasn't gotten over it. 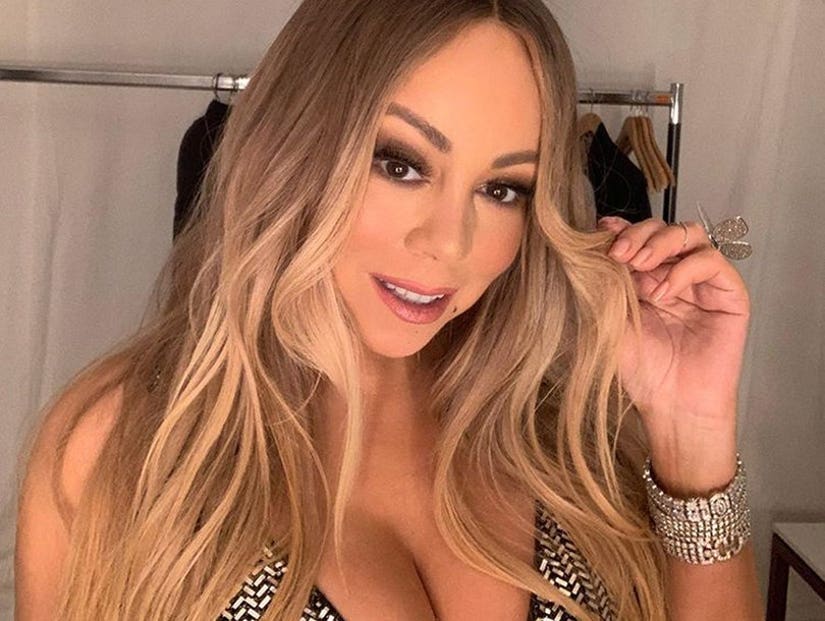