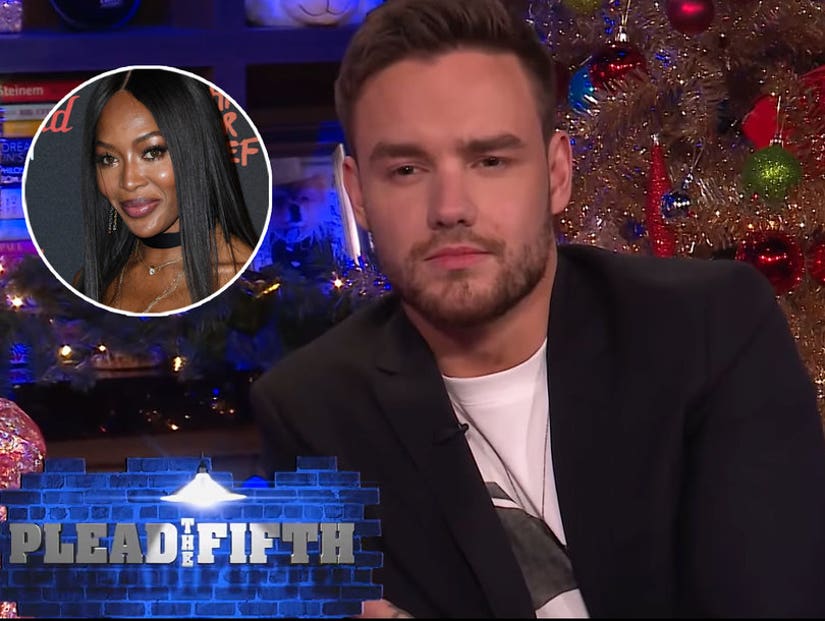 The singer DID Plead the Fifth after being asked this.

While Liam Payne was a fairly open book, there was only one thing off the table for the former One Direction star when he sat down with Andy Cohen and Lea Michele on Thursday night's episode of "Watch What Happens Live."

The singer's visit was filled with nuggets about his time in the boy band and his relationships with his fellow former members now, as right off the bat he was asked what he thought of Harry Styles' recent joke about Zayn Malik.

During his hosting gig on "Saturday Night Live," he referred to Zayn as the "Ringo" of the group.

"I think it's just a funny joke at the end of the day," said Liam, joking that he was already getting tough questions before playing Plead the Fifth. "Obviously Zayn's circumstances for leaving were his own and it's a different situation for all of us and I suppose we deal with it in a different way. I thought it was quite funny."

The 1D questions kept coming when it was actually time to play WWHL's most popular game, where guests are only able to skip one of three very difficult queries. He used up his pass right away, however, when Andy asked him to confirm whether he dated Naomi Campbell.

After the two were spotted out together multiple times earlier this year -- and left flirty messages on each other's social pages -- Cohen just had to know. When Liam decided to Plead the Fifth, Lea took that to mean "He confirmed it!"

Next, Cohen asked him to reveal "which member of One Direction do you think is the most well-endowed." Liam's response: "Can I say myself? I'm going to say me."

Lastly, he was asked to reveal the nature of his recent conversation with Harry Styles. "We spoke about a number of things," said Payne. "We hadn't seen each other for 3 years, we haven't spoken or anything. So it was good to see him, he was pretty much the same boy that I left him. We spoke about kids and happiness and all sorts of stuff."

A few more details about his boy band days came out as he and Lea played a round of Never Have I Ever later in the show.

During the exercise, we learned he once trashed a green room, fought with their manager, lip-synched and named his least favorite music video. "I think I looked a little funky in the 'You and I' video," he explained.

He also talked about getting into a Twitter war with Boy George back in 2013. George called him a "disrespectful wanker of a minder" at the time, as Liam hit back saying the iconic singer repeatedly called him the wrong name at an event and snubbed him in favor of Niall Horan.

"It was so random," he recalled. "I saw him the other day, we had a big hug and really good laugh about it but there was a moment where I was at the show and he got my name wrong, he called me like Zayn or something. It's all a bit of fun."

During the After Show, Payne was also asked about his Hugo Boss underwear ads. According to him, the company used Mark Wahlberg's Calvin Klein campaign as a model for the shoot.

"I thought, well, that's big shoes to step in, not that he was wearing any shoes when it did it," he joked. Payne added that his mother was "most shocked" by the images and "hit me over the head when she first saw what I did."

"The other day she said to me, at least you get paid good money for it," he added. "Just sell my body, mum."