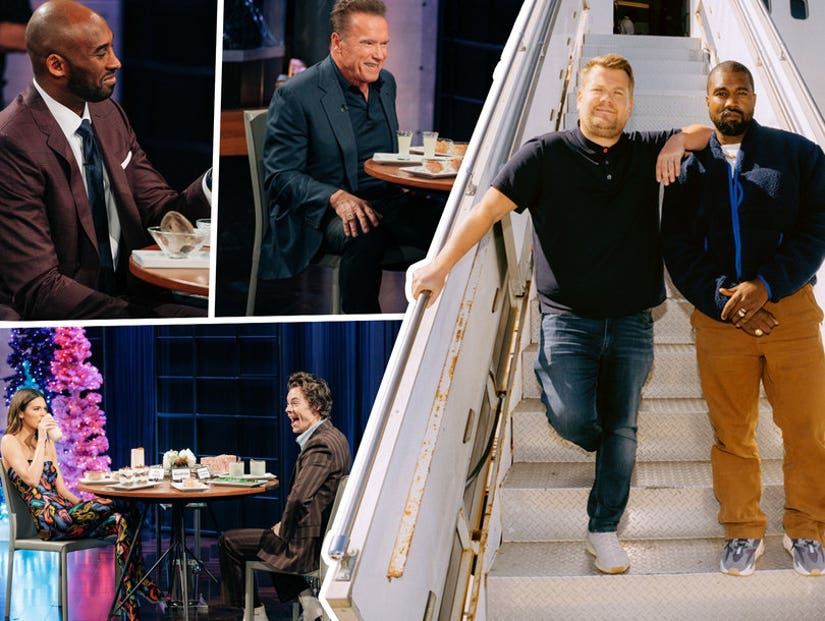 Whether they were helping James Corden get to work or facing down a bull's penis, these celebs grinned and bared their souls for our entertainment in 2019.

James Corden loves to drag his guests through the ringer on Spill Your Guts or Fill Your Guts, but he also gives them a real chance to shine when they join him for Carpool Karaoke.

And somehow, in both scenarios he manages to get some juicy and sometimes surprising nuggets of information out of them. More importantly, the segments are incredibly fun for extremely different reasons. 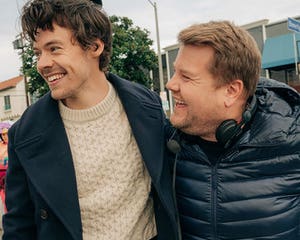 In the Carpool Karaoke segments, the guests are relaxed and having fun, singing along to some of their favorite tracks and occasionally getting into light-hearted adventures with James. The loose format -- they're filmed usually over a relaxed afternoon with no time constraints -- often helps the guest loosen up and let their guard down.

On the other hand, their guard couldn't be more up during Spill Your Guts or Fill Your Guts as they come face-to-face with some of the most revolting culinary concoctions James' staff can come up with. At least they know that he is right there with them, facing equally tough decisions and questions.

The premise is always simple. Either reveal something potentially embarrassing or incendiary or eat something definitely disgusting. And when faced with that decision, it's always a little surprising when someone decides they simply can't bear the dish before them and instead opts to answer a shockingly difficult question.

2019 was a fun year for both segments, with plenty of laughs, gross-out moments and even a random airplane thrown in the mix. From Kendall Jenner's bombshell to Kanye West's high-flying singalong, check out the seven biggest revelations of the year below: 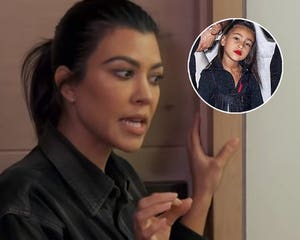 There are some things you simply do not do, no matter the consequences. So we were every bit as shocked as guest-host Harry Styles when his ex-girlfriend Kendall Jenner opted to answer one of the show's most probing questions rather than face down 1,000-year-old eggnog.

The question? Harry asked Kendall to rank her famous siblings as parents from best to worst. And when she said she felt like she could answer it, he countered, "I feel like I could answer it."

But could and should are two very different things, and yet Kendall went ahead and did just that. And qualifying it by saying they're all "amazing," only works so much, as evidenced by Kim's revelation that Kourtney was upset with Kendall after this.

That's right, poor Kourtney came in dead last of the five siblings. At the top was Rob, followed by Khloe, Kim, Kylie and then her eldest sister -- and mother of three -- Kourtney.

"They're all amazing!" she shouted again, emphasizing that this was a ranking of great to great in her mind. But was it? Was it, really? 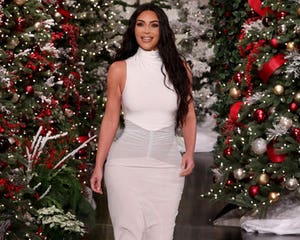 Kanye West Suffered Publicly So He Could Start a Church

Kanye West brought James Corden onto an airplane with a full choir from his Sunday Service events, and said that his very public "mental breakdown" was all part of God's plan to prepare him for this next chapter in his life.

And it was while he was hospitalized that he had the realization he needed to "start a church in Calabasas." What started in Calabasas has become a traveling event that has brought in hundreds of thousands of people.

"I think he wanted me to suffer more and wanted people to see my suffering and see my pain and put stigmas on me and have me go through all the experiences, the human experiences so now when I talk about how Jesus saved me, more people can relate to that experience than if it was just, 'Oh, we grew up with this guy's music and now he's a superstar,'" Kanye explained. "It's less compelling than, Oh this guy had a mental breakdown, this guy was in debt, this guy's been through [a lot in his life]." 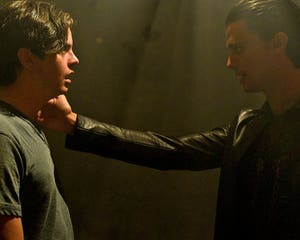 Gov. Schwarzenegger Told a Legislator 'F--k You' and Got Away With It

The Governator was absolutely fearless during his round of "Spill or Fill," and even went so far as to confess to a time he flat-out lied while he was in office as the governor of California.

And yet, even the lie was totally badass. The way it went down, then-governor Arnold Schwarzenegger drafted a letter to a legislator after vetoing a bill that had been sent to him. And like some code writer, he managed to slip in a subliminal message: "F--k you."

It was achieved by having each line of the letter start with each letter of his message, so if they were read from top to bottom, the message was clear. And it was clear, as he was quickly called out for it.

So what did he do when the press asked him if it was intentional? He lied and lied and lied, feigning shock that such a thing could happen ... coincidentally? 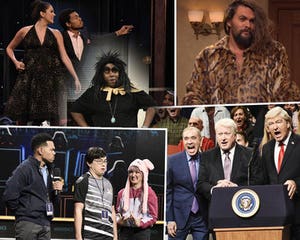 Chance the Rapper Is Absolutely Anti-Vegetable

James Corden stunned Chance the Rapper by knowing just how vehemently opposed he is to vegetables, leading to one of the year's funniest challenges.

"Damn, that's so true. I don't know how you got that information," Chance said, confessing that the only green he'll touch is lettuce on a burger.

But he did, even if he at least was able to confirm that he totally does not like any of them. For example, a carrot? "It's so f--king gross," Chance said after just one bite.

The only vegetable he enjoyed? The bit of licorice James slipped in at the end of the experiment. 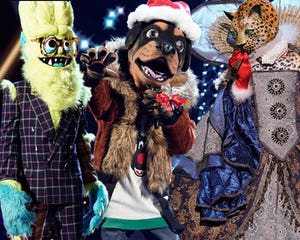 He was squeamish about the cow tongue from the moment he saw it on the table, and it proved his undoing right away. Kobe Bryant tried even to push it away from himself, but James rolled it right back around.

He then asked him simply to rank these legendary basketball players from best to worst: LeBron James, Michael Jordan and Kobe Bryant.

Anticipating the fallout if he answered, Kobe actually picked up the tongue and considered his bite before ultimately deciding he couldn't do it. 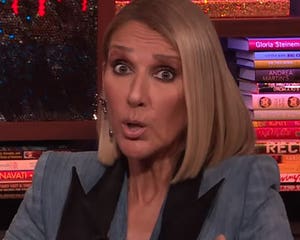 Celine Dion Opens Up About Her Love Life, Reacts to Tabloid Rumors She Was Dating Best Friend

Celine Dion Has More Shoes Than Most Shoe Stores

After Celine Dion sheepishly told James Corden she thought she maybe had three- to five-thousand pairs of shoes, he quickly doubled her estimate.

And it turns out, she's emotionally attached to pretty much every single pair, as proven when he suggested she try purging some of them from her collection.

"F--k off!" Celine shouted, and then blew us away by recognizing each pair James brought out. But at least she was willing to hand them off, albeit reluctantly, to perfect strangers on the street, which was surreal and hilarious in its own right.

By the end, though, Celine was clearly exhausted by the ordeal, telling James, "I need alcohol." 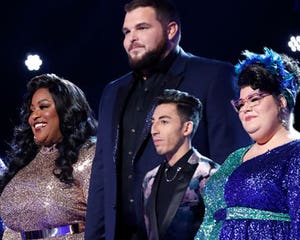 While all of the brothers agreed that it was Nick Jonas who originally broke up the band, James Corden wanted to put them to the test for real with some other questions, leading to a lie-detector machine and some surprisingly candid revelations.

For example, Nick tried to say that he didn't think he was a better singer than his brothers, but he failed the lie-detector on that one. "That's a lie," the machine reader said simply, but was there really any doubt he felt this way? He did leave the band to go solo, after all.

Oh, and it turns out that things may not be all sunshine and roses with the Jonas Brothers and their wives, dubbed the "Jonas Sisters" by fans. When Joe was asked if any of his brothers' spouses got on his nerves, he tried to say no, but the machine said yes. 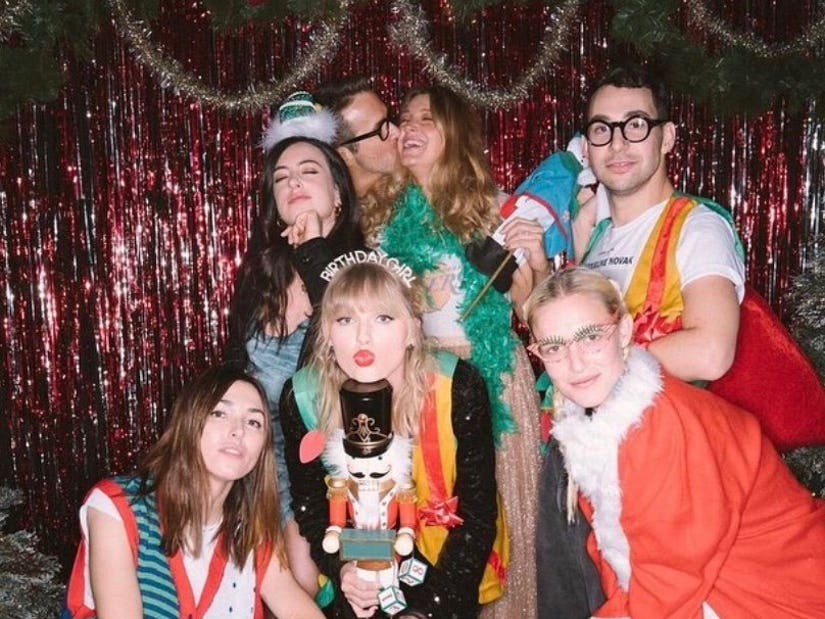