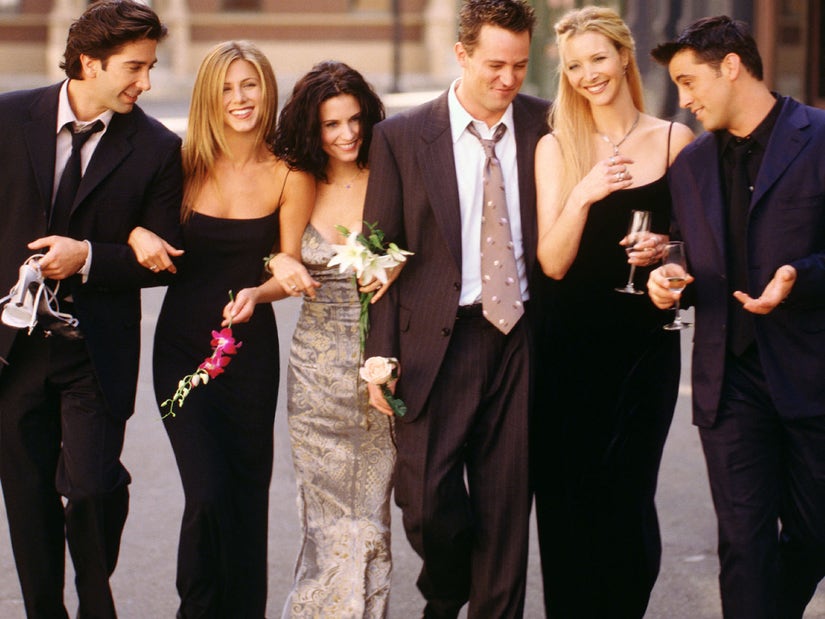 In anticipation of the HBO Max reunion special, Kevin Bright spoke with Maria Menounos about how much longer the series could have gone, what happened to Ben and which relationship he felt fans were "robbed" of.

While the ongoing coronavirus pandemic has put the planned HBO Max "Friends" reunion on hold, the anticipated special event is still coming, and series producer Kevin Bright thinks he knows when.

Speaking to Maria Menounos on her "Better Together" show, the prolific director and producer rejected WarnerMedia Entertainment chairman Bob Greenblatt's notion that they might just go ahead and film the show virtually, as many other programs have done, while teasing what fans can expect when the special does finally air. 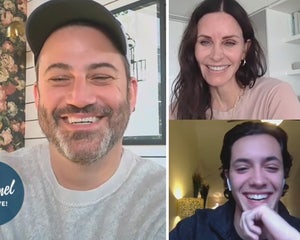 In a free-wheeling conversation, Bright also talked about many of the show's romances, including the one he feels fans were robbed of, the one the cast didn't agree with and which one he thinks wouldn't have lasted until today.

"We're actually all on board for waiting it out," Bright said in contrast to Greenblatt's suggestion. "We've waited this long."

He went on to emphasize their reasoning, saying, "We really want to share it with an audience. We want to do it without restrictions, even though we all know for the foreseeable future, there will be some."

In other words, the cast is willing to wait as long as it takes to make sure the fans are part of a more traditional reunion special. Certainly those rabid fans, who made "Friends" a juggernaut hit all over again in the streaming realm, would love the chance to be there in person. 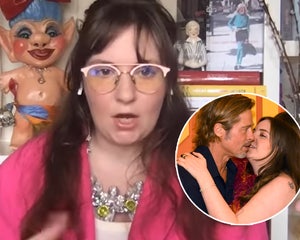 With all of those factors under consideration, though, Bright doesn't feel fans will be waiting forever. "We're just waiting. We're waiting for a window," he said. "We feel the reunion needs to be done in front of an audience; we can't not share it after all this time. So, tentatively speaking, we're hoping that the special will be completed by Thanksgiving."

As for what fans can expect when it does air, Bright promises unseen bloopers and alternate takes of classic scenes, despite admitting that it's getting harder to find them as the show has been so picked over.

"We have every piece of footage we ever shot on 'Friends,'" he said, saying they might explore sharing a moment captured "while the cameras [were] still rolling, that the audience has never seen before; an alternate take of a scene that the audience knows very well."

While it seems that almost every conceivable combination of cast-members hooked up at one time or another across the show's decade-long run, one seemingly obvious relationship was never explored, and Bright is just as upset as fans about it. 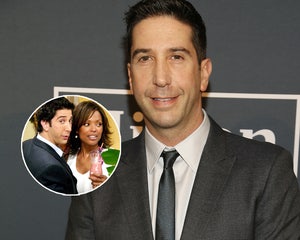 "There was something really cute to me about Joey and  Phoebe," he admitted. "I felt a little robbed that Phoebe found Paul Rudd. I felt like Joey and Phoebe could’ve been a great thing

He said that there was something "kind of magical" about the two of them together, largely in part to the incredible chemistry of Lisa Kudrow and Matt LeBlanc, but also their daffy characters.

"There was something very provocative about it," he said about the pair. "It had a lot of potential." And yet, it was never fully realized. So is that what he meant when he said he felt the show had a little more juice in it when it finally wrapped?

"In my heart I feel like the show could’ve gone another one or two years," he said. "Joey was not married, something might have happened there going forward. The other two years could've been Joey finding true love!" 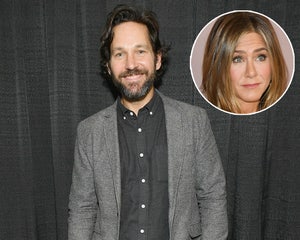 Instead, those two more years with Joey happened in his own eponymous spinoff series with a focus on his acting career and family. It quickly tanked in the ratings, and fell apart completely when NBC shifted it opposite "American Idol," getting canceled after two seasons.

But while Joey never found love on the show, he did explore an unexpected relationship with Jennifer Aniston's Rachel ... and fans weren't the only ones who were not on board with that idea. "There was a, um, momentary cast rebellion I would say on that one," Bright admitted.

The cast's take was that Joey would never do that to his friend Ross (David Schwimmer), knowing how strong his feelings were for Rachel.

"What we did find and were able to convince them of, is don't  doubt the audience on Ross and Rachel, he said. "This is going to be exciting for a moment because it's new, but they're going to realize during the course of this arc that Rachel and Ross are meant to be together." 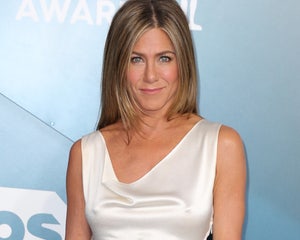 Of course, the couple at the heart of the series did ultimately get together and even walk down the aisle. But Bright had some heartbreaking thoughts about that as well.

"From my point of view, if the 'Friends' were to get together today in their characters, just knowing the way the world goes, I would not believe it if all of their marriages are still together," he said. "That would not be believable to me."

But while he didn't say anything about Chandler and Monica, he seemingly couldn't resist a shout-out to one of the show's funniest lines, and controversial relationship stances. "I'm gonna say that maybe Ross and Rachel might be on a break," he said. "There's nothing more glorious than to think something is really over, and it's not!"

In other words, even though he thinks the couple might be apart now, that pull that ultimately brought them together during the show's run would probably still be there. So never give up hope on that love, even if it's "on a break" right now! 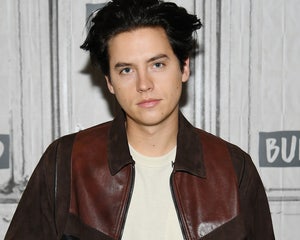 Finally, Bright addressed one of the show's most glaring omissions, though it's one that many shows of the era (and before) are guilty of. After expanding Ross's son Ben's role in the show, he suddenly disappeared toward the end of the show's run.

So was it a big conspiracy? Some kind of problem with "Riverdale" star Cole Sprouse, who played him from Seasons 6 through 8? Nothing so racy. Instead, it was simply a matter of economics.

"We didn't purposely eject him from the series," Bright insisted. "Budgets, budgets, you know? We couldn’t afford to bring Cole and his nanny, and his brother; it's a little bit much."

Of course, by those final years, the core six were signing massive contracts to continue with the show, securing a million per installment by their last season. That certainly had to eat a lot of the show's production budget, despite its incredible ratings success.

You can check out the entire conversation in the clip above, and tentatively set your calendars for the fall for that getting-even-longer anticipated "Friends" reunion on HBO Max. We'll probably even hear about it before then when they finally schedule the taping. 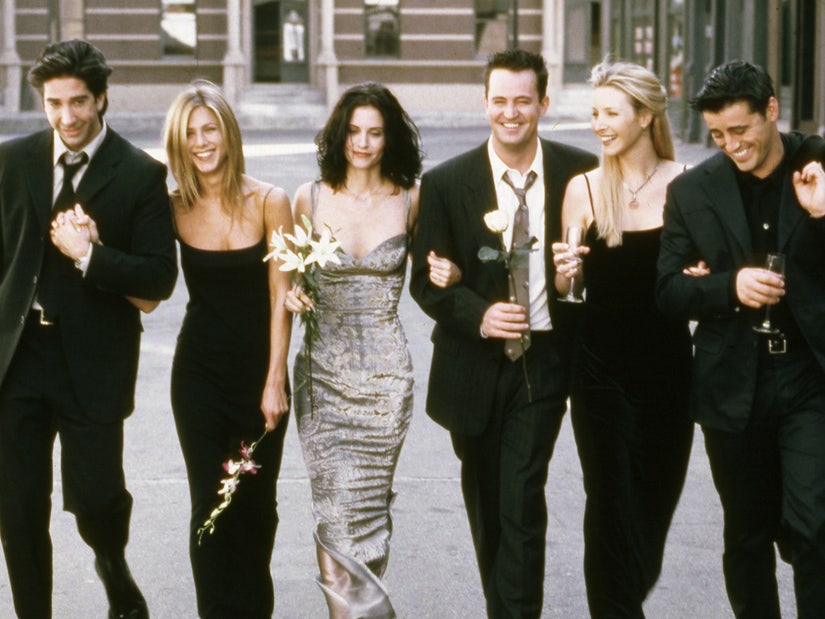