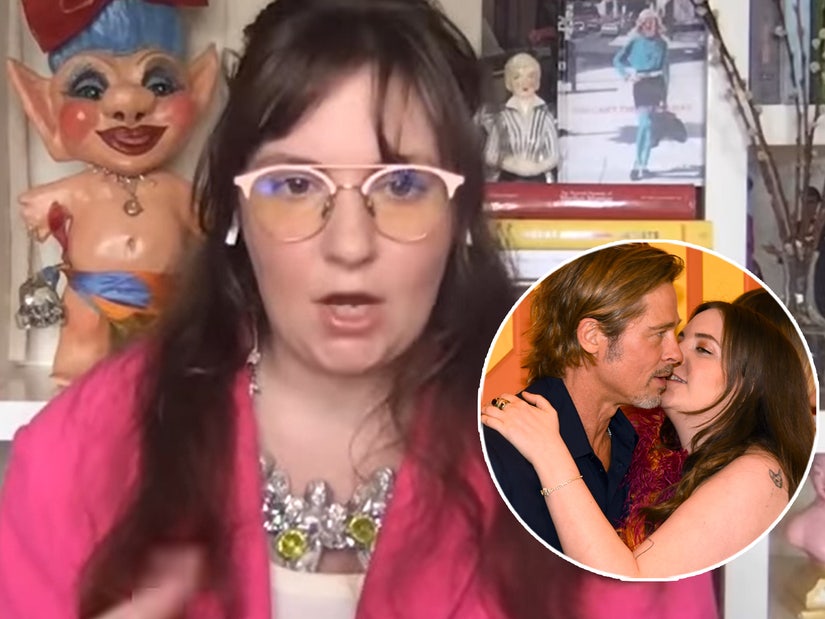 Dunham also reveals the good luck charm Pitt gave her, saying "something amazing happens" every time she wears it.

Lena Dunham went viral in 2019 thanks to photos of her with "Once Upon a Time ... In Hollywood" costar Brad Pitt -- and now, she's clearing the air on what really went down here.

The two were photographed together at the London premiere of the film, where Dunham was accused of making "awkward" advances after pictures seemed to show her going in for a kiss.

Appearing on "Watch What Happens Live with Andy Cohen" on Monday night, Dunham said, "There is one more thing I was hoping to clear up about Brad Pitt," before bringing the situation up herself. 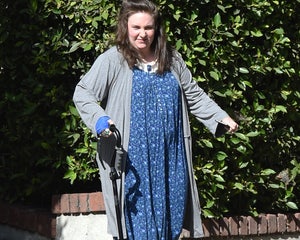 Lena Dunham Explains Why She Now Walks With A Cane

"There was an awkward photo of the two of us. Well, the way the internet read it was I had somehow physically accosted him causing him a great deal of stress," she explained. "I would never force a kiss on Brad Pitt. I respect him far too much as an artist and a friend."

She added that later that evening, Pitt -- knowing she was "nervous" -- "took me into a room and we secretly ate pizza and I told him I liked his ring and he gave it to me."

Dunhan said the ring also acted as a good luck charm, because "every time I wear it, something amazing happens."

Cohen first brought up Brad before Dunham's tangent, wondering what he was like to work with. She only had great things to say about him.

"When I showed up to set, I didn't have some major megastar part, I was in a really great ensemble of girls," she explained. "I expected, you know, a friendly hello from Brad. And I think what happened was the best thing that's maybe ever happened to me."

"He was doing his scene where he was parking a car on Manson ranch and he's supposed to get out and kind of look around and he looked around and saw me at the edge of frame and came over and picked me up and spun me around," she added. "It was like in one of those movies where the nerd shows up at the prom and like the hottest guy at school is like, 'Would you care to dance?'"

She went on to call him a "truly kind person who can read the room" and one who made her feel "pretty cool" on set.

During her appearance, Dunham was also asked about her HBO series "Girls" -- and which storyline was her "least favorite" throughout its run.

"There was a part where my character was descending into mental illness and she cut her own hair," she answered. "I had a half wig and I was supposed to slice into that and I sliced into my actual head and had to give myself a bowl cut and then wear it to the Emmys, so I guess that one."

She also revealed she'd still love to make a "Girls" movie some day, but wants to "make sure that enough time has passed that we really have something to say."

Dunham briefly touched on her recent admission she was engaged, when she was asked what happened to the ring.

"It was made of rope, so it disintegrated," said Dunham. "That's gone the way of my compost pile. I appreciated the creativity!" 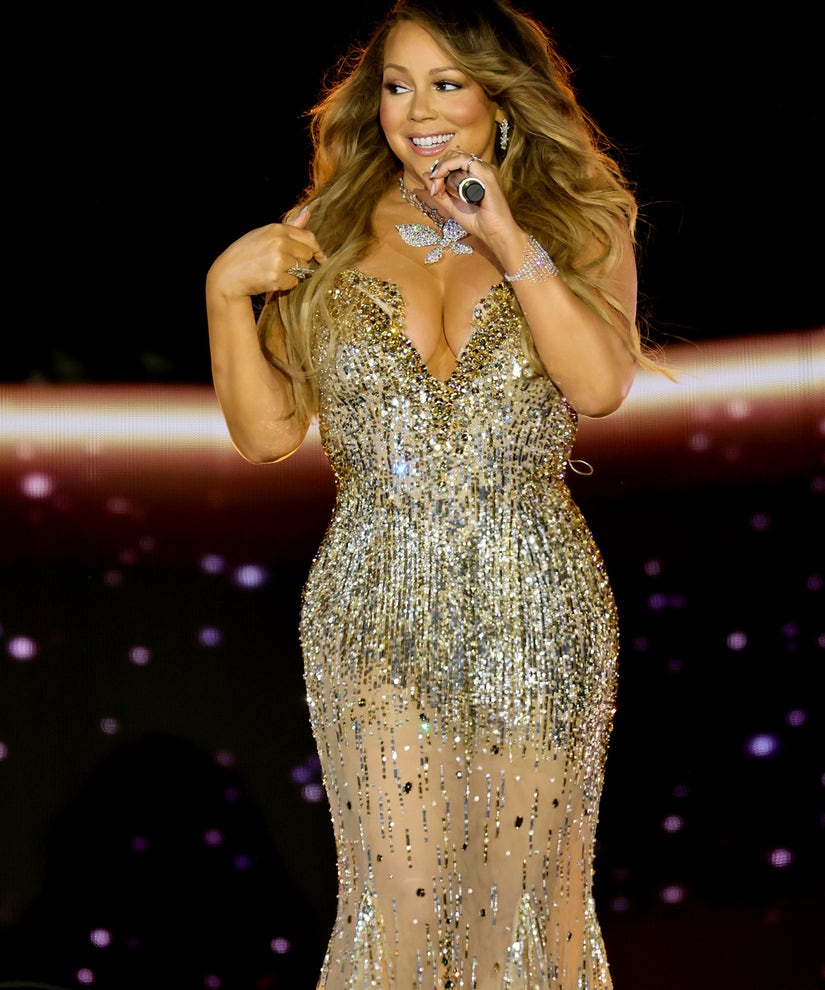 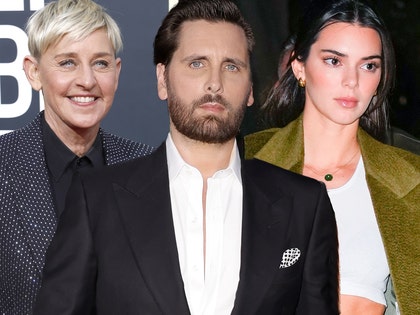 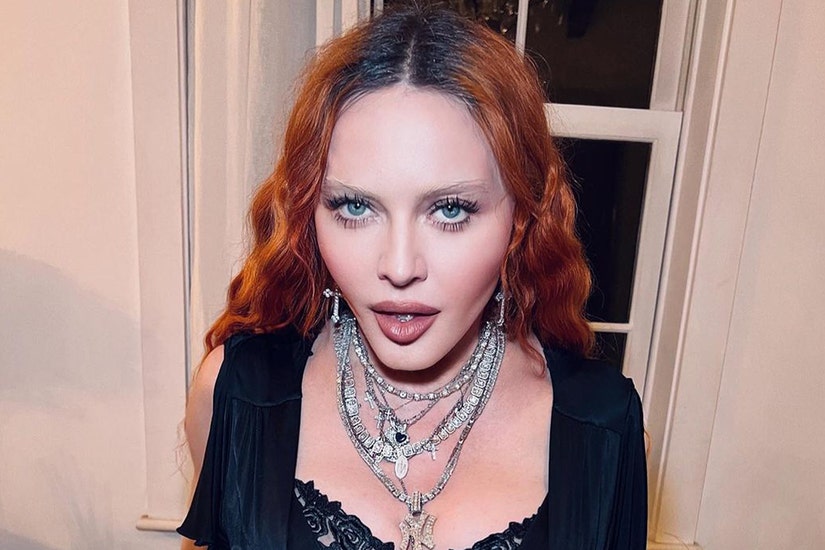 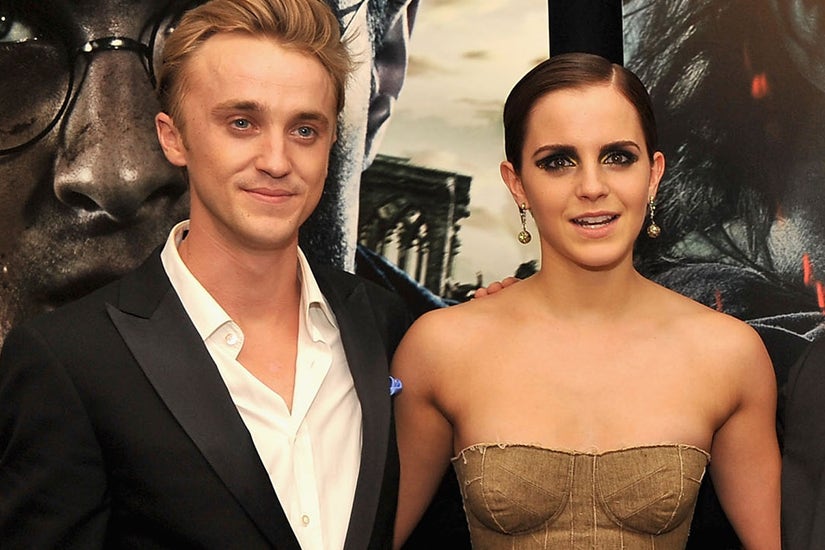