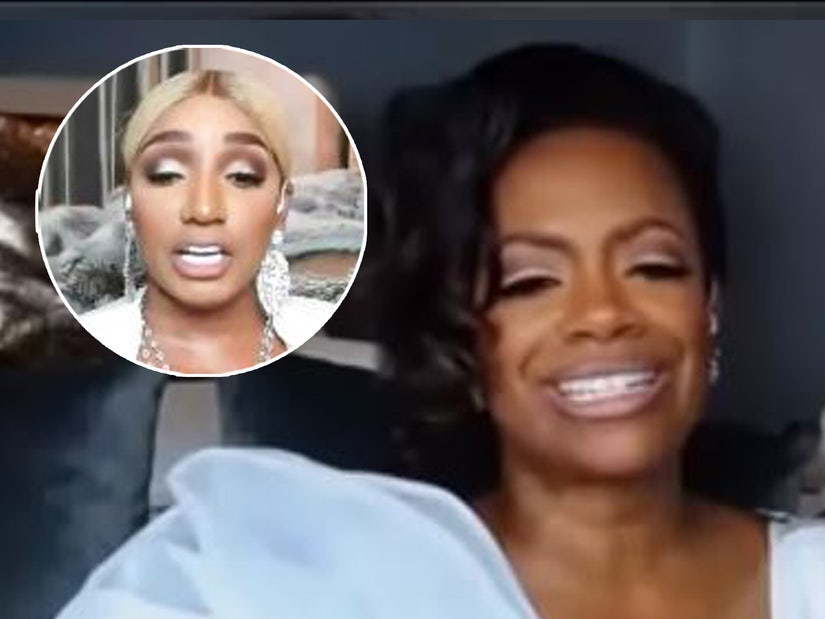 Kandi also called out NeNe for having "pre-written reads."

Kandi Burruss is fresh off her win on "The Masked Singer," but she is still basking in the glory of her epic "embedded in your brain" read that preceded NeNe Leakes walking off the "Real Housewives of Atlanta" reunion last Sunday.

Speaking with TooFab, the first female winner of Fox's popular singing competition called out NeNe for blaming her abrupt exit on several different reasons in a recent Instagram post, and claims NeNe left only because of one specific incident.

"The funny thing is she told everyone she left cause we were ganging up on her, which was a lie," Kandi asserted. "We were no longer even talking about her or talking to her. The reason she got up and left was because Yovanna posted that she was about to come on the show."

ICYMI, Yovanna Momplaisir was part of the "Snakegate" debacle during the season, claiming she had audio recordings of Cynthia Bailey talking smack about NeNe behind her back. Yovanna now claims NeNe told her to do the recording, which has some fans -- and Kandi -- thinking NeNe may not want Yovanna hanging around.

"NeNe had already expressed to production and everybody that she did not want this girl to be able to come on the reunion," continued Kandi. "And when she realized that Yovanna posted that she was about to come on there -- like when I tell you literally -- 2 to 5 minutes after Yovanna posted, NeNe got up and walked away."

As for NeNe posting on Instagram that she is held to different standards than the other Housewives, Kandi wanted to see the receipts.

"I feel like she's just doing damage control. What standards. Whose holding you to these standards," she said with a laugh.

Kandi also weighed in on the rumor that NeNe pays people to come up with her "reads" for the reunion specials. 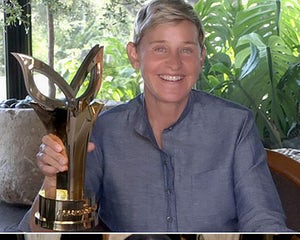 "Then it's like -- she showed up at the reunion and clearly she wasn't doing much reading."

"Well, she was reading those notes she had by her computer -- that's what she was reading, you know -- her pre-written reads," she said with a laugh.

Make sure to tune in this Sunday on Bravo to see if NeNe comes back to the "Real Housewives of Atlanta" reunion.

Perhaps she will confront Yovanna -- or give Kandi another shot at an epic read.