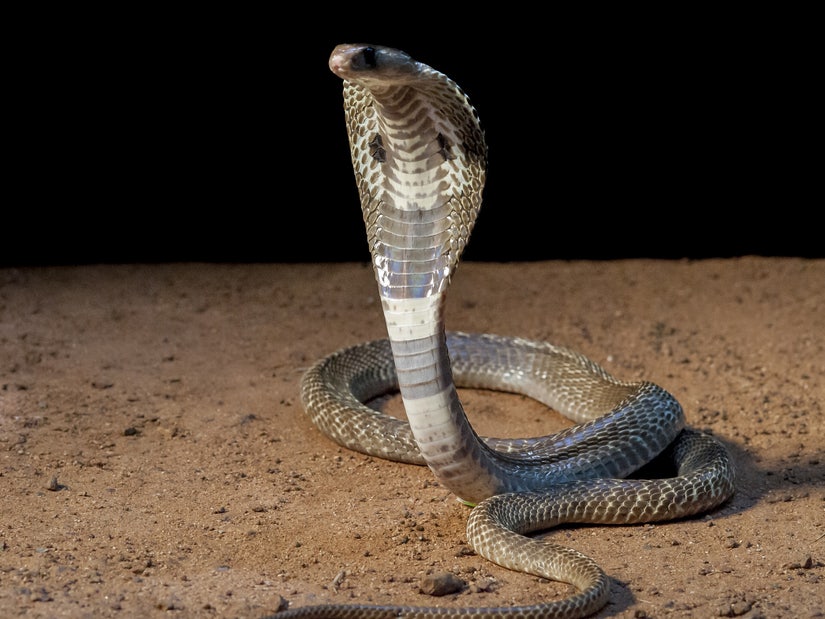 The husband is said to have been in contact with serpent handlers and recently watched snake videos online.

A man has been accused by police of murdering his wife by throwing a cobra on her while she slept after he allegedly put a viper in her room months before in his first attempt to kill her.

P. Sooraj, 27, was arrested in Kerala, India, after his wife Uthra, 25, was rushed to the hospital and pronounced dead from a snake bite, authorities said on Monday.

Uthra was recovering at her parent's home from the initial viper attack, which had her hospitalized for two months.

Sooraj stayed at the parents home as well and waited until Uthra was asleep to unleash the black cobra he had procured from a local serpent handler, according to police.

Husband 'killed wife by throwing a cobra at her' after 'viper murder bid failed' - Talka~G~blog https://t.co/TPz1kIHrhf

"Sooraj stayed in the same room as Uthra as if nothing had happened," a police statement read.

"He was going about his morning routine the next day when he was alerted by Uthra's mother's screams."

The snake was killed and buried by Sooraj, per authorities.

A man allegedly killed his 25-year old wife by letting a cobra bite her in her sleep in Kerala.

The case came to the fore when the victim's parents raised suspicion over her death as this was the second time she was bit by a snake in last 3 months. pic.twitter.com/x7Oma5MqCh

Officers said phone records showed Sooraj was in contact with snake handlers and had been researching snake videos online.

Uthra's parents became suspicious of Sooraj after he tried to get ownership of his wife's property just days after her death, according to the Daily Star.

"Sooraj feared that divorcing Uthra would mean giving back all the dowry. That's when he decided to kill her," a police statement read.

"After preliminary investigations, we found that it was a well-planned crime. He told us he had been planning for over five months."

In March, Sooraj allegedly bought a highly venomous Russell's viper from a snake handler to use in his first attempt at Uthra's demise.

Per police, the snake handler has also been arrested.