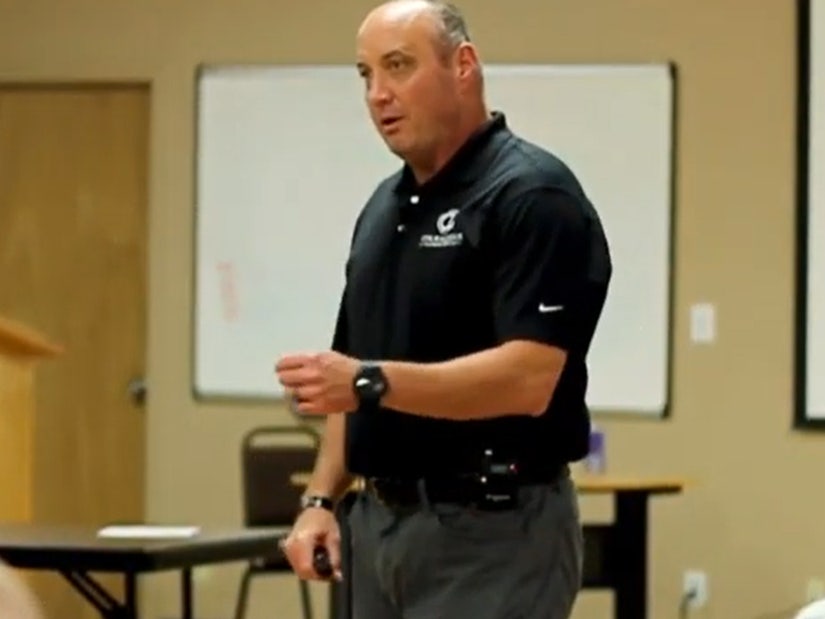 The officer said he was "misquoted" while discussing police shootings in America.

An Oklahoma cop said he is pursuing a lawsuit against a public radio program for "misquoting" him after they reported on his recent interview discussing police shootings in America, according to KTUL.

"You get this meme of, 'Blacks are shot two times, two and a half times more,' and everybody just goes, 'Oh, yeah,'" Yates began. "They're not making sense here. You have to come into contact with law enforcement for that to occur."

"Who in the world in their right mind would think that our shootings should be right along the US Census lines?" Yates asked. "That's insanity."

"All the research says -- and that includes Roland Fryer, an African-American Harvard professor, Heather MacDonald, and the National Academy of Sciences -- all of their research says we’re shooting African Americans about 24 percent less than we probably ought to be based on the crimes being committed," he said, according to his interpretation of crime data.

On Wednesday, Yates released a statement to KTUL claiming the article written by Public Tulsa Radio had a "factual error of attribution" as it did not report his sources  -- Fryer, MacDonald, the National Academy of Sciences -- by name.

He said the "most inflammatory, egregious inaccuracy" had to do with the article using the word "actually" in their phrase "according to his interpretation of crime data, police should actually be shooting black Americans more frequently."

Yates argues he never used the word "actually," despite the article by Public Radio Tulsa never attributing the phrase as a direct quote from Yates.

"I never said actually,” Yates’ statement read. “This is plainly false and factually inaccurate. And to think that beyond a discussion of comparative statistics that I would suggest that the 'police should actually be shooting' anyone is simply outrageous."

In Monday's interview, Yates also expressed displeasure with the protests against police brutality and systemic racism in the wake of the death of George Floyd, the 46-year-old Black man who died while a white police officer kneeled on his neck for nearly 9 minutes in Minneapolis, Minnesota on May 25.

"This is what they're trying to say that all these changes need to come from: this is why we're protesting, this is why we're rioting. Because of systematic abuse of power and racism. That just doesn't exist."

Yates also said he believed the arrest of officer Derek Chauvin  -- who knelt on Floyd's neck for almost 9 minutes causing Floyd to die -- and the three other officers on the scene was justice in itself.

"The officer was arrested the next day. They were prosecuted, they were fired. What are you doing? What do you mean, 'justice?' Justice at this point has been done," Yates said.

This is not the first time Yates has found himself under fire for controversial remarks.

In 2016, he was transferred to another department after writing an essay declaring American police "were at war" and implied Black Lives Matter protesters shouldn't be invited to the White House, according to Public Radio Tulsa.

In another essay that year, he wrote, "Follow the commands of a police officer or risk dying," and "Would we even know where Ferguson was if Michael Brown would have simply got out of the street like the officer had asked him to do?"

And in an open letter to the Tulsa Mayor G.T. Bynum in 2018, he suggested disproportionate policing in Black neighborhoods was a result of "fatherless homes."

Bynum slammed Yates comments in a statement on Wednesday, calling them "dumb."

"He does not speak for my administration, for the Tulsa Police Department, or the City of Tulsa," Bynum wrote. "His comments are under review by the Chief’s Office. And if he didn't mean to make the statement in the way it has been received, he owes Tulsans a clarification and an apology."