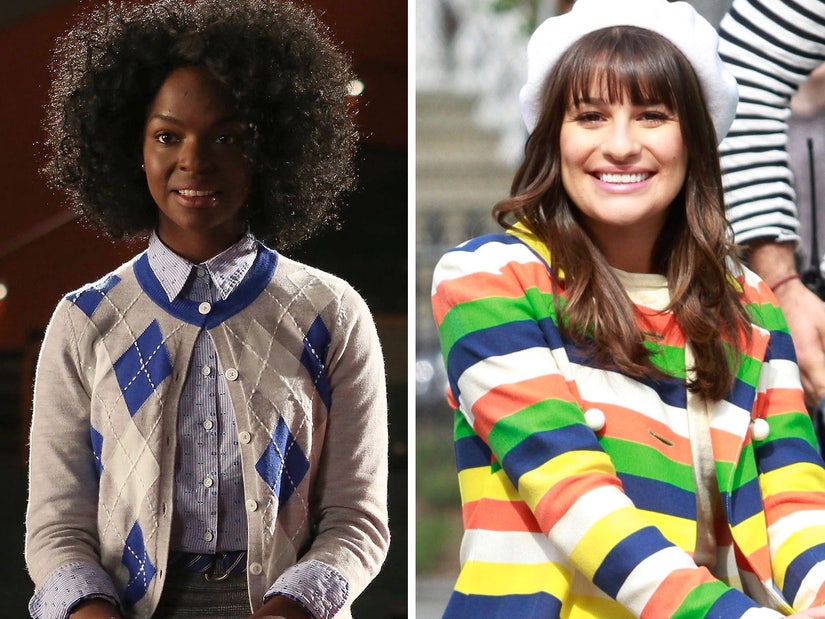 After calling Michele out on Twitter, Ware details their allegedly volatile relationship in a new interview.

"Glee" star Samantha Ware is continuing to speak out about how she was allegedly treated by Lea Michele on set, saying the bad blood between them began the second she joined the show.

Ware set off an online firestorm last week, after she questioned Michele's support of the Black Lives Matter movement due to the actress' behavior toward her on set. That one tweet was followed up with damaging accounts from some of Michele's other costars, before the actress eventually apologized for how her behavior was "perceived" at the time.

Speaking recently with Variety, Ware said she felt tension from Michele instantly, after joining the show in its sixth and final season.

"I knew from day one when I attempted to introduce myself. There was nothing gradual about it. As soon as she decided that she didn't like me, it was very evident," she said. "It was after I did my first performance, that's when it started – the silent treatment, the stare-downs, the looks, the comments under her breath, the weird passive aggressiveness. It all built up."

That first performance was to Janelle Monae's "Tightrope," a performance that went viral again after Ware first spoke out.

On another occasion, Ware says Michele threatened to have her fired after she was "goofing around" off-camera while Lea was filming something.

"I was goofing around when the camera wasn't on me, and she took that as me being disrespectful to her," said Ware, who claimed nobody else had a problem with her behavior.

Lea, however, "stopped in the middle of the stage and did a 'come here' gesture, like how a mother does to their child," according to Ware. "I said 'no,' and that's when she decided to threaten my job, and said she would call Ryan Murphy in to come and fire me."

Ware said "Lea's actions were nothing new" and when she actually did speak out about her behavior, "unfortunately no one did anything."

"When I tried to speak up for myself, she told me to shut my mouth. She said I don't deserve to have that job," added Ware. "She talked about how she has reign. And here's the thing: I completely understood that, and I was ready to be like, 'This is your show. I'm not here to be disrespectful' But at that point, we were already past the respect and she was just abusing her power."

As for the claim in Ware's initial tweet that Lea said she wanted to "s--t in [her] wig," Ware said it happened after she laughed watching a scene -- and Lea's comment was loud enough others heard it. "Black women historically are known for their wigs," she added.

"Some chuckled and some gasped," said Ware. "It was mortifying. The whole point was for her to embarrass me. People heard her, but no one was going to stand up to her."

As for the public apology -- which Ware previously criticized over Lea's use of the word "perceived" -- she says all it did "was affirm that she hasn’t learned anything."

"Am I calling Lea a racist? No," added Ware. "Does Lea have racist tendencies? I think Lea suffers from a symptom of living in this world in an industry that is tailored to white people."