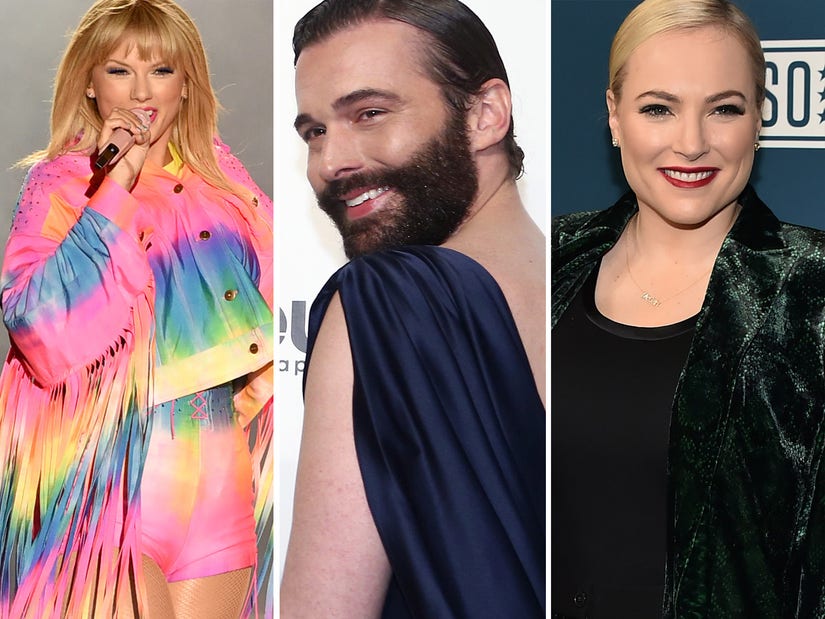 "We still have a long way to go to reach equality, but this is a beautiful step forward."

Celebrities are taking to social media to praise the Supreme Court's "historic" ruling on LGBTQ+ rights.

In a 6-3 vote Monday, the US Supreme Court ruled that it's illegal for an employer to fire an employee based on their sexual orientation or gender identity.

The LBGTQ+ community has now been added to the Title VII of the Civil Rights Act of 1964, which forbids job discrimination based on sex, race, religion and national origin.

"In Title VII, Congress adopted broad language making it illegal for an employer to rely on an employee's sex when deciding to fire that employee," Justice Neil Gorsuch wrote for the court. "We do not hesitate to recognize today a necessary consequence of that legislative choice: An employer who fires an individual merely for being gay or transgender defies the law."

"YES!! Thank you to the Supreme Court Justices who voted in favor and all the advocates who have fought so hard for this!" Swift tweeted. "We still have a long way to go to reach equality, but this is a beautiful step forward."

McCain also chimed in, writing, "This is huge and long overdue!!!"

Cohen, on the other hand, called out Supreme Court Justice Brett Kavanaugh, one of the three members of the court who voted against the law.

YES!! Thank you to the Supreme Court Justices who voted in favor and all the advocates who have fought so hard for this! We still have a long way to go to reach equality, but this is a beautiful step forward. 🌈❤️🧡💛💚💙💜🌈 https://t.co/zTd3i5P2TL

A huge win for the #LGBTQ community today, as the Supreme Court ruled that living authentically is not a fireable offense.

Protection under the law will now be afforded to millions of workers nationwide. 🌈#Pride #LoveWins https://t.co/bTCm7UruKi

Happy Pride Everybody -- the Supreme Court has decided LGBTQ people can sue for workplace bias.🏳️‍🌈⚖️

This is just incredible news! A bright spot in a dark time. https://t.co/SVUpOIL7LC

Being who you are shouldn’t be a fireable offense, and today the Supreme Court has affirmed that truth for the LGBTQ community under our laws.

It’s a victory for liberty and justice for all.

It was only 11 years ago this summer that I took an oath and accepted a job that I would have lost, if my chain of command learned that I was gay. Firing us wasn’t just permitted—it was policy.

The LGBTQ civil rights movement began 51 years ago with the Stonewall Riots, led by trans POC heroes. Today we mark another milestone in our struggle for equality with a victory in the Supreme Court, extending Title VII nondiscrimination protections to LGBTQs.

Question: Does this mean that we now celebrate Justice Gorsuch for his role in protecting the rights of LGBT Americans?
Or do we still have to hate him because of other decisions we don't agree with?
#multidimensional

I was born in a very different time and had to go on my own journey for recognizing LGBTQ rights. Just like the country itself. Today is a great day for the universal truth that all people are created equal.

The news we needed to start this week off right. pic.twitter.com/NRSGe5Ma79