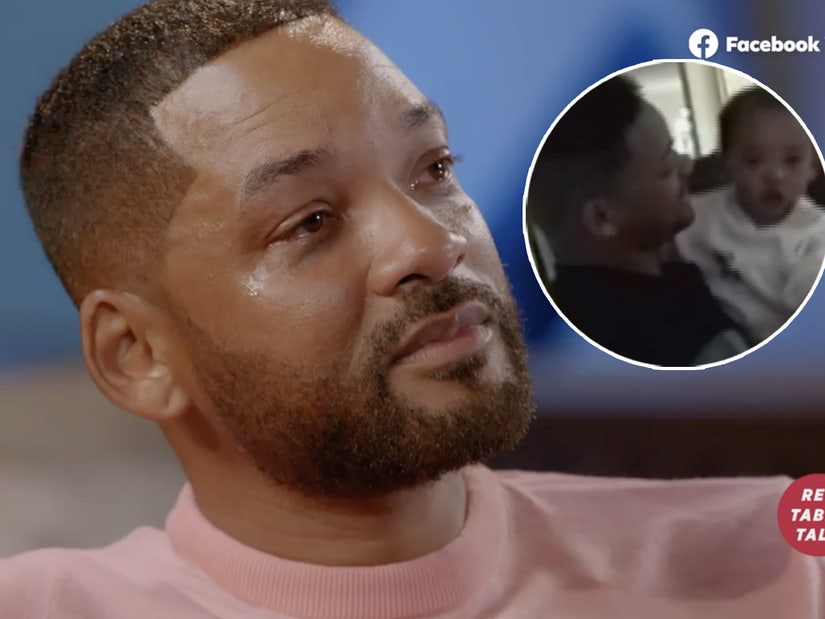 "I just cried so hard, it makes me teary right now."

Dropping Father's Day, "Jada and Will: Their First One-on-One Conversation" will feature the duo sharing what's being called "one of the most intimate and vulnerable conversations" they've ever shared.

In this exclusive TooFab preview, Jada asked her husband about becoming a father for the first time when he was just 24. Will and then-wife Sheree Zampino welcomed son Trey in 1992.

"I think that was my first moment of the real weight of parenting," said Will of bringing the baby home from the hospital. "We put him in the basinet and Sheree went to sleep and it was like stark terror and I just couldn't stop going and checking."

"I gotta make sure he's breathing and all that new parenting stuff," he said, getting emotional. "I just cried so hard, it makes me teary right now."

Dabbing tears from his eyes, he laughed as he told Jada, "Oh man, I'm gonna have to walk this one off!"

In a previously released clip from the special, Will also spoke about his divorce from Sheree. The two split in 1995, three years after saying "I do."

"With Sheree and with Trey, that was a really difficult time," he recalled. "Divorce was the worst thing in my adult life, divorce was the ultimate failure for me."

"I've been hurt a lot in my adult life, but I don't think anything touches the failure of getting divorced from my 2-year-old son's mother," he added.

All three kids will appear on the Father's Day episode with some surprises for their dad. He and Jada will also speak about parentings, the failures they've overcome and share never-before-seen home videos.

The episode will drop Sunday, June 21 at 9am PT on Facebook Watch.