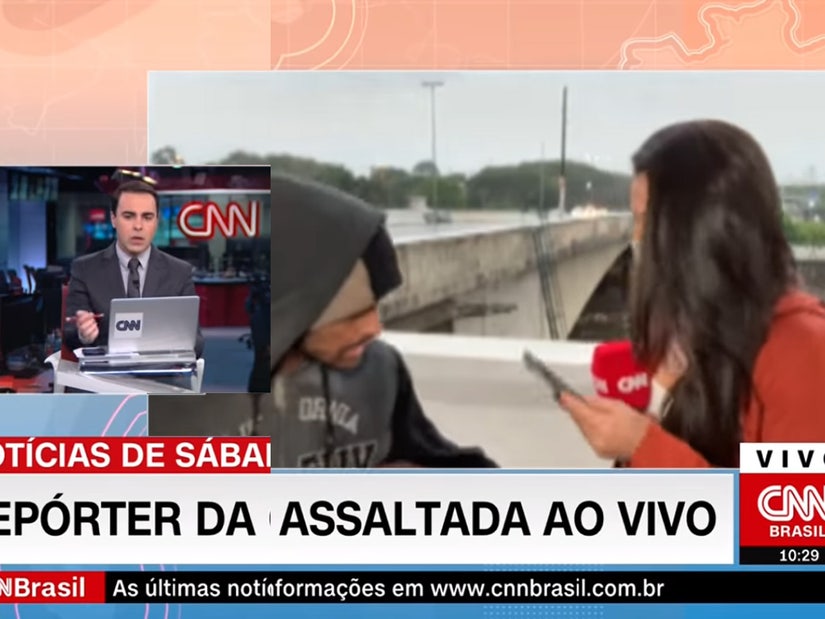 Video shows the suspect lurking in the background before he made his way up to the reporter.

A CNN reporter was mugged by a knife-wielding man while she was broadcasting live on air from Brazil.

Bruna Macedo was reporting on the rising water levels of the Tete River in Sao Paulo when the incident occurred on Saturday morning.

Video shows the suspect walking across a bridge in the background before he made his way up to the reporter.

As Macedo is speaking with anchor Rafael Colombo, who was in the CNN studio, the man suddenly appears by her side, inching closer as she greets him.

Macedo can be seen conversing with the suspect before he pulls out a knife and points it at her as she takes a few steps back and hands over a cell phone.

The camera then cuts away from the pair and remained recording a view of the street.

Before the attacker fled, Macedo reportedly handed over another cell phone, according to News.com.au.

Colombo told the Brazilian newspaper Fohla de Sao Paulo that Macedo was not injured and had returned safely to the CNN studio, per the outlet.

"She had a terrible scare, but she is fine," he said.