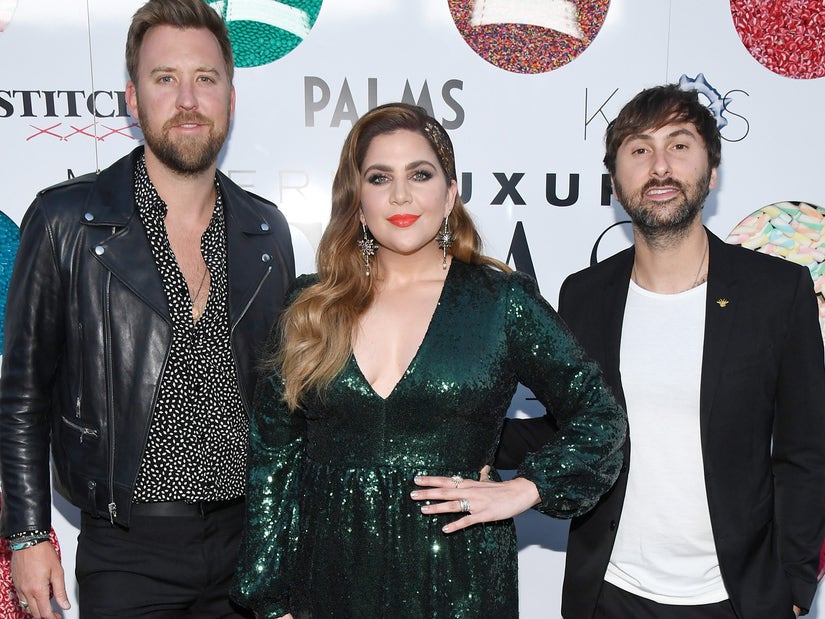 The country band has no interest in stopping Anita White from performing as Lady A, but say they had to respond after her lawyer submitted a settlement agreement to the tune of $10 million.

It was awkward for a moment there after Lady Antebellum decided to drop the "ntebellum" from their name only to find that there was another artist out there who'd been performing as Lady A for the past two decades.

Then, everyone thought it was all good after the two parties came together, talked it out and apparently agreed that they would share the name going forward. So what happened? 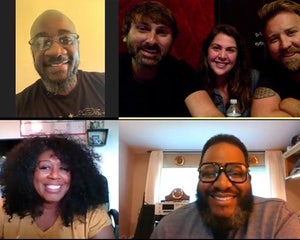 The music world was rocked on Wednesday to discover that the newly-minted Lady A -- the country trio of Hillary Scott, Charles Kelley and David Haywood -- had filed a lawsuit against blues singer Anita "Lady A" White.

The optics immediately looked bad for the country group, like the big multi-million dollar juggernaut was throwing their financial muscle behind strong-arming an independent artist into giving up an identity she'd been using for years just so they can have it.

But according to the band, it was something closer to the opposite of that. Plus, even in their current litigation, they have no interest in stopping White from performing under the Lady A moniker. They're just trying to protect their right to also do so.

Further, they claim that after coming to an understanding and an agreement with White about how they would share the name, and even possibly collaborate in an effort to capitalize on the publicity and boost White's profile, they were subsequently hit with a huge surprise.

Huge to the tune of "a draft settlement agreement that included an exorbitant monetary demand."

"Today we are sad to share that our sincere hope to join together with Anita White in unity and common purpose has ended," the band said in a statement to ET. "She and her team have demanded a $10 million payment, so reluctantly we have come to the conclusion that we need to ask a court to affirm our right to continue to use the name Lady A, a trademark we have held for many years."

And so, the new Lady A has filed suit to protect their right to the name, claiming they'd already been using it interchangeably with Lady Antebellum since the mid 2000s. Further, they went so far as to register the Lady A trademark in 2010 for entertainment purposes.

Nevertheless, the lawsuit is insistent that the group is not looking for any money from White and they have no interest in enforcing their trademark by trying to get her to stop using that name professionally.

Rather, they want a legal declaration from the court that says they are also allowed to perform and record and do all those things music artists do under the Lady A name.

"We never even entertained the idea that she shouldn’t also be able to use the name Lady A, and never will -- today’s action doesn’t change that," the band said. "We felt we had been brought together for a reason and saw this as living out the calling that brought us to make this change in the first place. We're disappointed that we won’t be able to work together with Anita for that greater purpose."

They further emphasized their continuing commitment to being better allies amid the ongoing Black Lives Matter movement by educating themselves and doing their part to fight for racial justice.

"We've only taken the first small steps and will prioritize racial equality as a key pillar of the work of [the group's charity organization] LadyAID, specifically leaning into supporting and empowering our youth," the statement continued.

"We hope Anita and the advisers she is now listening to will change their minds about their approach. We can do so much more together than in this dispute."

It was less than a month ago that White and the group connected via video chat to discuss the accidental sharing of their names with the country trio feeling optimistic. E! News reports that those discussions included the possibility of both Lady A's writing and recording a song together.

"We are excited to share we are moving forward with positive solutions and common ground," they shared to their Instagram. "The hurt is turning into hope. More to come."

On Tuesday, though, the blues singer said any talk of a mutual understanding was premature, telling Newsday she found the band's offer unsatisfactory.

"I'm not happy about [it] yet again after talking in good faith," she said. "Their camp is trying to erase me and I'll have more to say tomorrow. Trust is important and I no longer trust them." White did not respond, on Wednesday to the filing, nor did she say anything more.