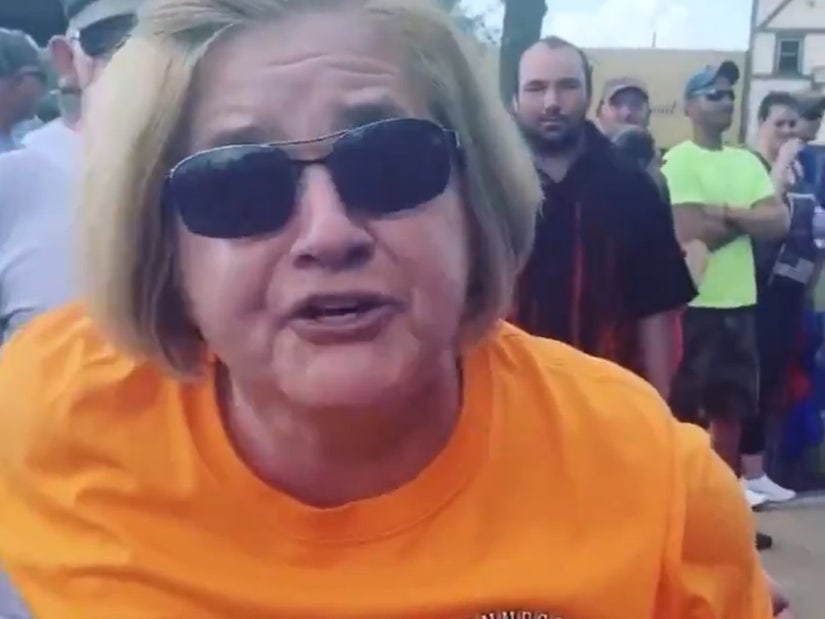 She told a 16-year-old protester, "You're just a poor little Black girl with a messed up mind."

A Tennessee woman has been fired after a video showing her yelling racist and homophobic comments towards protesters went viral over the weekend.

During a protest sponsored by the New Panther Initiative, a Black Lives Matter group, in Elizabethton, Sonya Holt is filmed yelling, "White lives matter!" and "White lives are better!"

She also tells a protester, "You're just a poor little Black girl with a messed up mind."

In another clip, Holt is shown berating a protester with homophobic slurs before telling him that he is going to "burn in hell."

This woman is out of a job after telling Black Lives Matter protester ‘white lives are better’ during racist tirade caught on video...pic.twitter.com/6iN9v9RIce

On Monday morning, Keith Family Vision Clinic in Johnson City confirmed Holt was no longer an employee, according to local news.

A man standing next to Holt was also hurling racial comments at the peaceful protesters, as he said, "We should have kept you [N-words] as slaves."

Sierra Gilmer, who recorded the video, told WJHL that she was surprised at the reaction of the counter-protesters.

"It was crazy," the 16-year-old said. "We kind of knew what to expect going into it. We knew there was going to be a counter-protest there. We knew that things might get a little bit crazy. However, I wasn't expecting that."

"I think it's just important for people to realize that racism is happening everywhere and it is in your community, no matter how much you think it might not be," she continued. "I had a lot of people reach out to me saying that they didn't realize that this was a problem in Elizabethton but now their eyes are open. So, I think people just need to stay aware and address it when they see it."