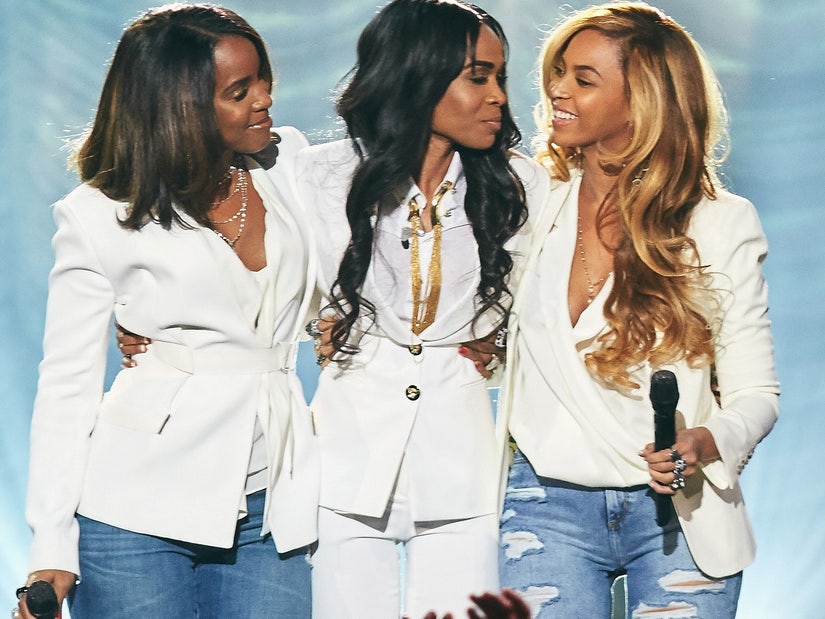 There's nothing but love here.

While fellow Destiny's Child singer Kelly Rowland made an appearance in Beyonce's "Black Is King" visual album, their other longtime bandmate Michelle Willams was MIA.

Rowland is seen throughout the video for "Brown Skin Girl," a song in which she's name-checked in the lyrics. The visual also features cameos from and lyrical shoutouts for Lupita Nyong'o and Naomi Campbell -- and a performance from Beyonce's daughter, Blue Ivy.

One moment between Knowles and Rowland, where they're seen sharing a smile and hug while singing together, was particularly popular on social media -- with Rowland, Tina Knowles and Michelle all sharing it on their own pages.

"When you're trying to figure out what your favs are from #BlackIsKing!" Michelle captioned a slideshow highlighting that moment and four of Knowles' looks. "Ehhhhhhh just post 'em all!!"

One of Williams' followers, however, decided to use her celebratory moment to ask why she wasn't also featured in the Disney+ film.

"Where you at in the film though??" they asked, in a comment which was captured by Metro and OnSite (below) but appears to have been since-deleted. Williams' response: "I'm in the upper right corner minding my business!"

Another follower also brought up Destiny's Child in the comments, writing, "I know y'all are sick of us asking but I am still praying for you three to tour together one day again. Not many things are more special than the energy & empowerment you ladies bring to the stage. Love you Michelle."

She replied to that one with a simple heart and prayer emoji.

One other fan celebrated Michelle's support for the other women, writing, "I love how you never allowed people to come between the bond you have together." Williams responded with a heart emoji and "ALWAYS!"

Tina Knowles shared a screen grab of Bey and Kelly's hug on her own page, writing, "wwww my two babies all grown up!!!!"

For more on the celebrity and family cameos throughout the visual album, click here.