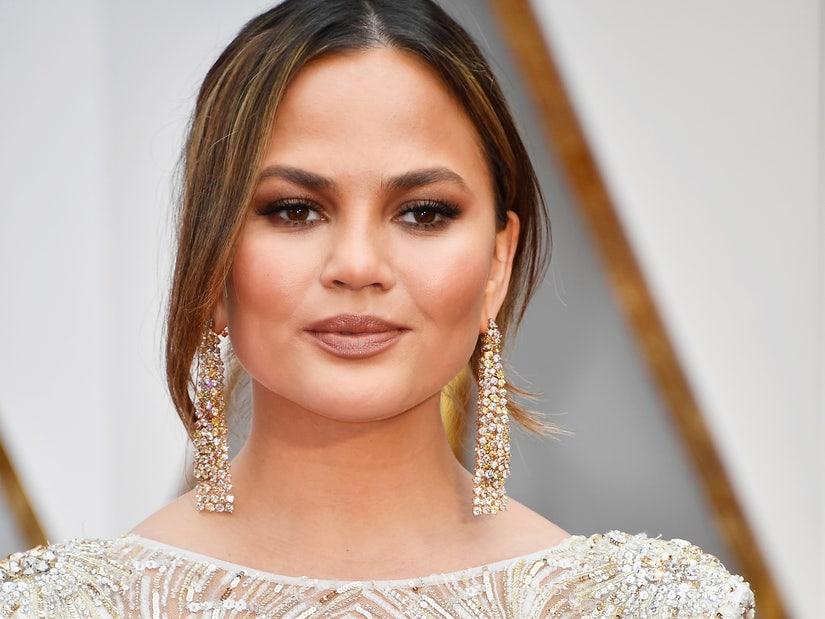 Teigen came out swinging in defense of the Raptors' president ... and against a Twitter troll.

Chrissy Teigen says "nothing shocks me from men" anymore after a Twitter troll told the pregnant star he'd "f--kin rock [her] ass" while criticizing one of her tweets.

Her latest clapback comes after Teigen tweeted in defense of Toronto Raptors' president Masai Ujiri, who just filed a countersuit against a police officer who alleged Ujiri assaulted him at the 2019 NBA finals.

This asshole said Ujiri used excessive force and he went to the hospital for a “swollen face” https://t.co/fTJw33rvQp

This week, bodycam footage from the incident was released after being included in Ujiri's suit -- footage Ujiri's legal team believes proves officer Alan Strickland was the real aggressor.

Early Wednesday morning, Teigen retweeted the video, adding, "This asshole said Ujiri used excessive force and he went to the hospital for a 'swollen face.'"

In a since-deleted tweet, a Twitter troll messaged Teigen, "But you like [Pizza emojis, likely a reference to the PizzaGate conspiracy] f--k you and your morals. I wish you'd play hockey I'd f--kin rock your ass you dirt bag!"

Chrissy reacted with a laugh, tweeting, "'I wish you played hockey so I could rock your ass' lmao hooooo boy what an inverted [needledick]." 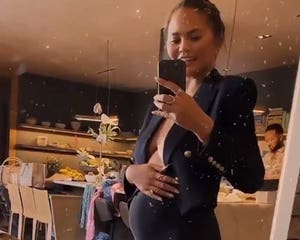 When one of her followers said the man's comment was particularly "disgusting" because of her pregnancy, Teigen said, "Nothing shocks me from men."

She also replied to another since-deleted comment which seemingly said Chrissy appeared "offended" by the man's initial remarks.

"Do I seem offended? Did the lmao tell you that? because I'm not," Teigen wrote. "Even though this man is telling a pregnant woman he wants to beat her ass, I'm not offended. men like you are the downfall of the universe."

Another follower asked Teigen "what kind of gain comes from responding in such a manner, w/random people; who ultimately have no impact on your life, on the internet?" They also said her replies didn't seem like an "effective" use of her time.

"I spend my time quite effectively," Teigen replied. "I have many businesses and children and a very good life. You can also do what you want and not follow me or tell me how to react or respond to threats."

She added, "when more people see the threats, the easier it is to have taken down."

Teigen recently confirmed she and husband John Legend are expecting their third child together.