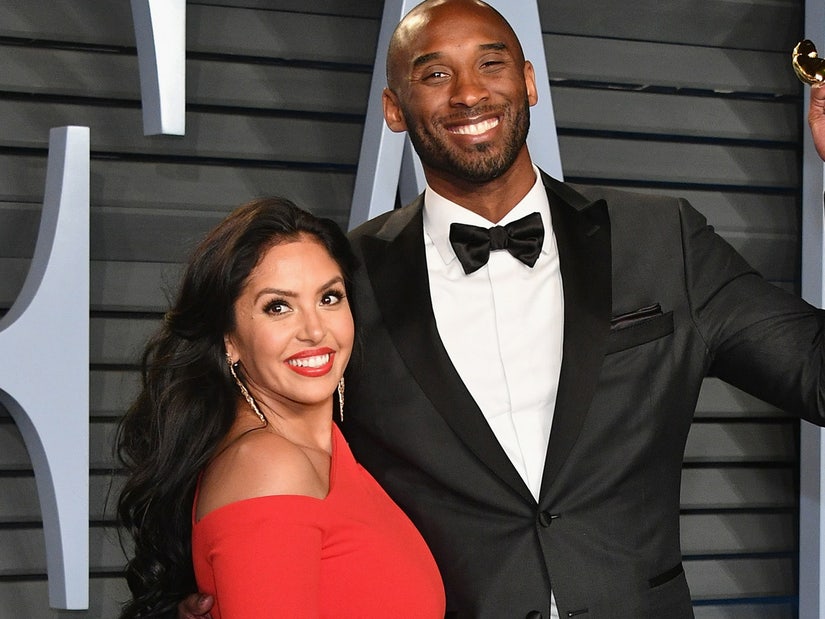 Vanessa Bryant is expressing gratitude for her "village" of "love and support."

On Monday, the widow of the late Kobe Bryant posted on Instagram in honor of the first annual Kobe Bryant Day in Orange County -- the date being a reference to Kobe's Los Angeles Lakers jersey numbers: 8 and 24.

Vanessa, 38, shared a sweet photo embracing her daughters, Capri, 1, and Bianka, 3, as well as her close friend, singer Ciara.

"It takes a village," she captioned the image. "Thank you to all my loving family, amazing friends and wonderful fans for your love and support. One day at a time."

Vanessa also posted a pic of the Lakers jersey the basketball team wore during Monday's game in honor of Kobe and his 13-year-old daughter, Gigi, both of whom passed away in a tragic helicopter crash back in January.

As shown in the pic, below, the "Black Mamba" jerseys feature a black snakeskin pattern with yellow accents, as well as a heart patch with the number 2, which was Gigi's jersey number.

Vanessa's heartfelt posts came just one day after she paid tribute to her late husband on Monday, which would have been his 42nd birthday.

The widow, who also shares 17-year-old daughter Gianna with the late NBA legend, shared an emotional message to Kobe, saying "it should've been [her]" who died. 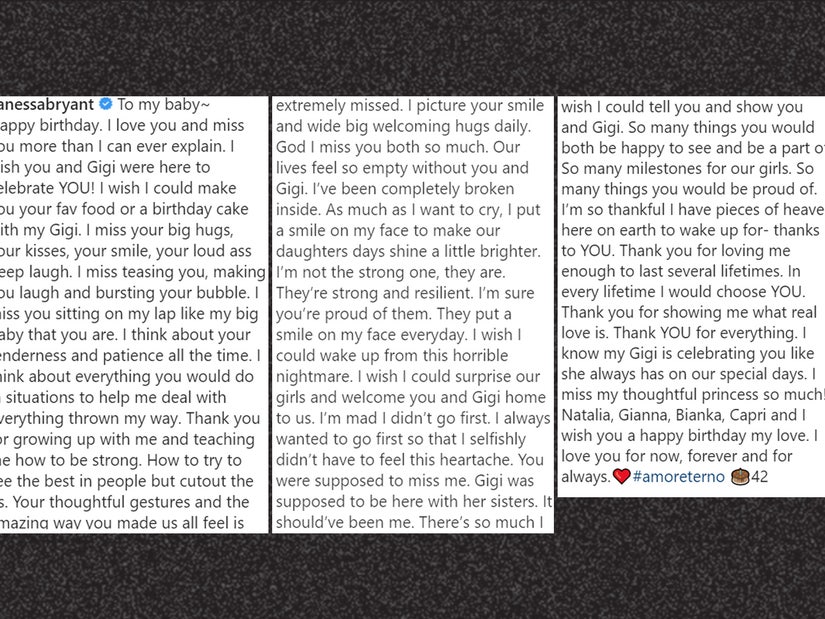 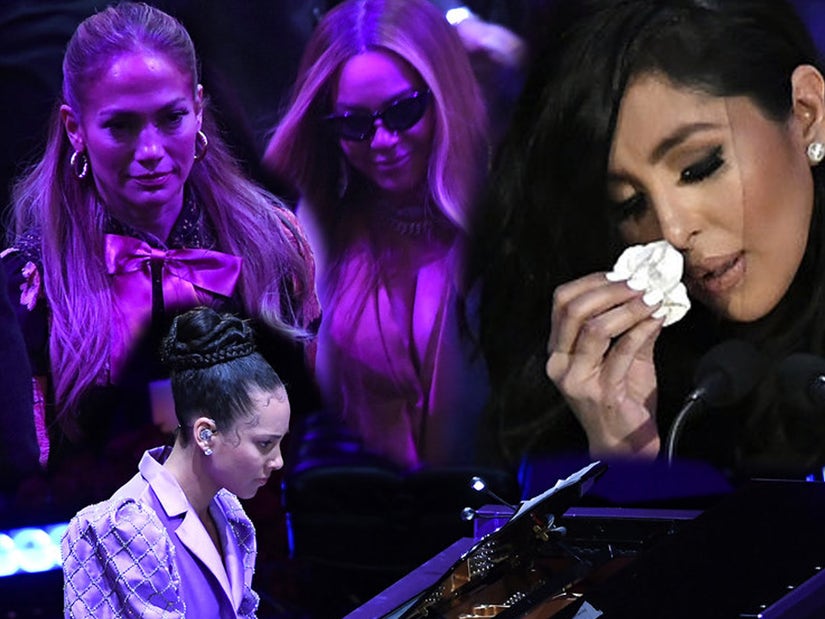