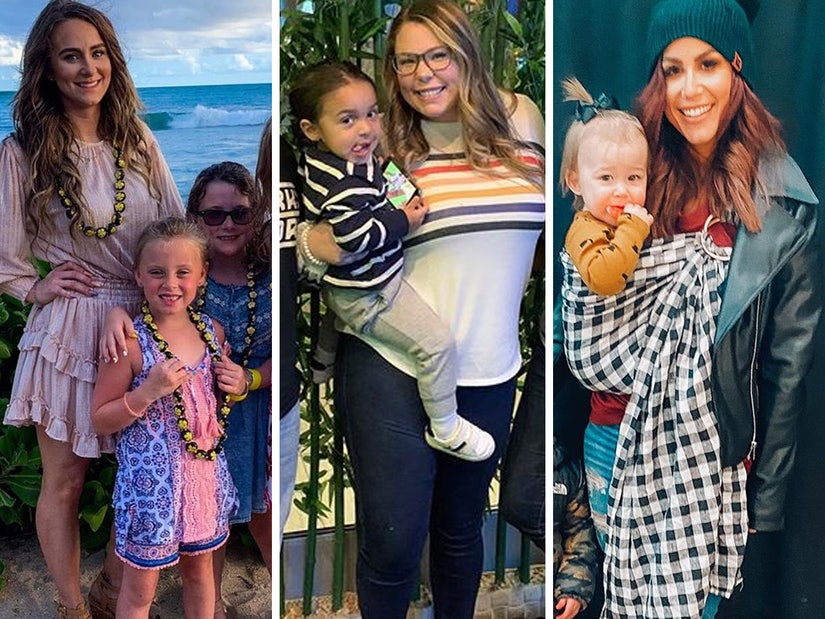 Find out who isn't seeing eye-to-eye with their exes over school and how Leah took extra precautions for daughter Ali.

Just like the rest of us, the coronavirus pandemic has introduced new challenges to "Teen Mom 2" star Chelsea DeBoer, Leah Messer and Kailyn Lowry -- who have 10 kids between them and one more on the way.

In addition to keeping them safe from getting sick -- with extra precautions for Leah's immunocompromised daughter Ali -- the trio has had to figure out coparenting with their exes, planning ahead for the school year and even filming the MTV reality show themselves from their own homes.

"I'm totally over it, just like all of America probably is at this point," Leah told TooFab when we caught up with all three "Teen Mom" stars over the phone earlier this month. She said that while she and her daughters -- twins Ali and Aleeah, 10, and 7-year-old Adalynn -- felt "a little trapped in the house," they eventually began venturing out into nature, ATV riding and "just making the best of it."

Making it more challenging for Messer was the fact Ali is also immunocompromised, meaning catching the virus had an added layer of danger. Because of that, she "totally quarantined with the girls," who initially didn't leave the house -- even to see their dads, Jeremy Calvert and Corey Simms, who were still working amongst the general public.

"We all kind of just hunkered down in one home and the dads were okay with that, and I was okay with that as well," she continued. "Eventually, it was kind of taking a toll on their mental health, so we FaceTimed and let them talk to their other parent at any given time, but they couldn't hug their dad. We did drive bys too ... but it was still so hard."

While Leah's kids mainly stayed with her, that wasn't the case with Lowry.

"Yeah, I know Leah wasn't sending the girls back and forth just because Corey was working and obviously with Ali's condition, she didn't want to expose her, so I completely understand that," she continued. "My kids have been going back and forth to their dads just because  they were quarantining for whatever period of time, so we kept our schedule the way it was."

For Chelsea, Aubree previously had visitation with her ex Adam Lind's parents, but because that older age bracket was at a higher risk of contracting Covid, those visits stopped for a while.

"You didn't want anyone to see their grandparents, but she has visited since then," said DeBoer, who previously battled with Adam's parents over visitation in the Season 9 finale. "It's just kind of on her own terms, or they'll reach out and be like, 'Can Aubree come over for the day or something?' It's been going pretty good."

Though they all eventually figured out a coparenting situation that worked for them, the latest challenge is sending their kids back to school. Amid the pandemic, a number of schools have gone virtual for the fall -- while others are forging ahead with in-person learning.

"Being a parent right now, it's so hard because you feel like you're kind of making the wrong decision either way," said Chelsea.

"Aubree is supposed to start school next week," continued the South Dakota resident. "Here, I feel like it's a lot different than some other places. It's kind of more relaxed here, most everyone is going back to school and trying to try it out. Everyones going to be wearing masks and stuff, so I guess we're going to see how that goes. We're kind of preparing. We get e-mails everyday, so I think things are definitely changing nonstop."

For Leah, her kids had the option of deciding between in-person or virtual classes.

"We ended up choosing e-learning for Ali, and the other two are going to do in-person ... if they even do the in-person," explained Messer. "With each kid it's different. Our other two kids are more socially driven, so they're like, 'I'll wash my hands extra, I'll wear my mask.' We just had to make the best decision that works for us and them."

Lowry admitted it a little difficult for her because Jo and Javi's lives "are very different" from hers. She said they all "kind of don't see eye to eye in the face-to-face vs. virtual situation," but was confident they would "work together and work it out."

She added, "The kids are not so eager to get back to school, but at the same time they want to see their friends." 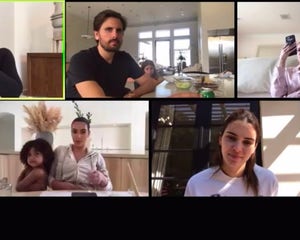 As for the obstacle most unique to them during this time, that would be figuring out how to film their own confessionals, themselves, from home.

"Oh man, let me just say that I could definitely never carry my own show myself," admitted Chelsea with a laugh. "I'm not even good though at like documenting on Instagram Stories. But I've been trying. They're always like, 'You need to be more horizontal,' and I'll have my phone vertical and it's been a mess."

"I never realized how bad I was at technology," she added. "I feel like I used to be so on top of things and now I'm like, 'Wow, I know nothing.'"

"It wasn't just confessionals," said Lowry. "It was regular, everyday shooting that we had to film on our own too, so it was definitely way more difficult than any of us imagined it to be."

"I don't study cinematography or whatever it's called," she added. "I'm not a videographer and so I definitely am curious to see how my scenes turned out ... because it's way harder than you think."

We'll see how they did when the new season of "Teen Mom 2" kicks off September 1 on MTV.