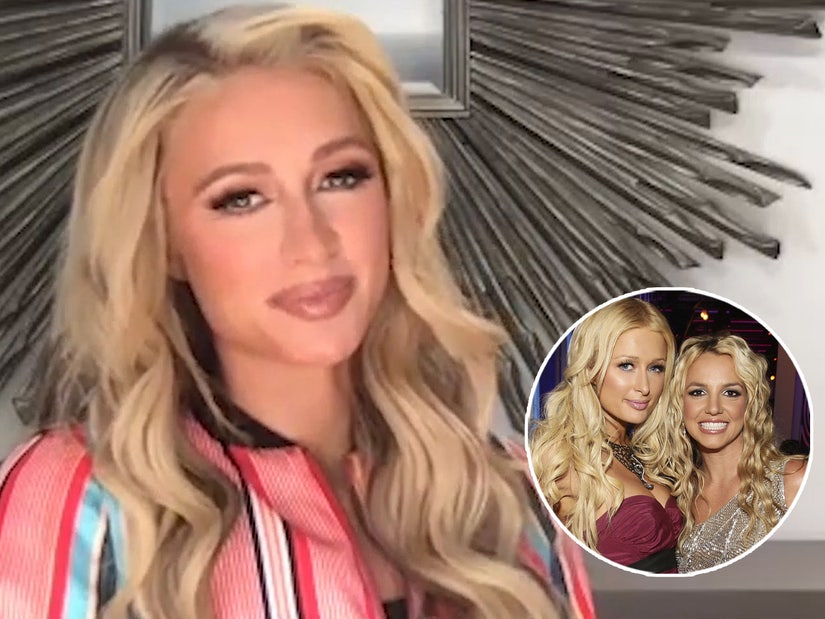 "I feel like if you are an adult you should be able to live your life and not be controlled."

Paris Hilton said she recently hung out with her old pal Britney Spears and the two dished about all kinds of topics... except the pop icon's conservatorship.

The hotel heiress, 39, spoke with Andy Cohen for his SiriusXM's Andy Cohen Live on Wednesday and revealed her concern for Britney, as the "Toxic" singer's legal guardianship still controls her financial and personal affairs after 12 years.

"I saw her this summer," Paris began. "We've had dinners, I saw her in Malibu. I just love her so much. I feel like if you are an adult you should be able to live your life and not be controlled. I think that maybe stems from me being controlled so much, so I can understand how that would feel and I can't imagine right now if that was still happening to me."

"After just working your whole life and working so hard, she's this icon and I just feel like she has no control of her life whatsoever and I just don’t think that’s fair," Paris added.

In 2008, Britney's father, Jamie Spears, took over her affairs after she was placed under psychiatric hold for evaluation. Although he stepped down in 2019 over health concerns and a lawyer gained control, Britney filed court documents last week asking for several changes to the conservatorship, including making it "voluntary," which means she would have the "right to nominate a conservator of the estate," per TMZ.

When asked by Andy if Paris and Britney discussed the conservatorship at their get-togethers, the DJ said she kept things light.

"No, I don't like bringing things up like that," she explained, "She is so sweet and so innocent and such a nice girl. We just talk about happy things. Music, fashion -- fun things. I never like to bring up negative things and make people feel uncomfortable so I've never talked about it with her."

Meanwhile, Britney's fans are continuing their #FreeBritney campaign to end the conservatorship, as critics claim she is "being mistreated by those around her," per Forbes.

In August, Jamie criticized the movement, calling it "a joke" during an interview with Page Six.

"All these conspiracy theorists don't know anything," he maintained. "The world don't have a clue."

But in last week's court filings, Britney's lawyer supported the #FreeBritney movement and wrote that Britney "strongly prefers to have a qualified corporate fiduciary appointed to serve in this role" instead of her father.

The filing also states that Britney wants the case to be open to the public.