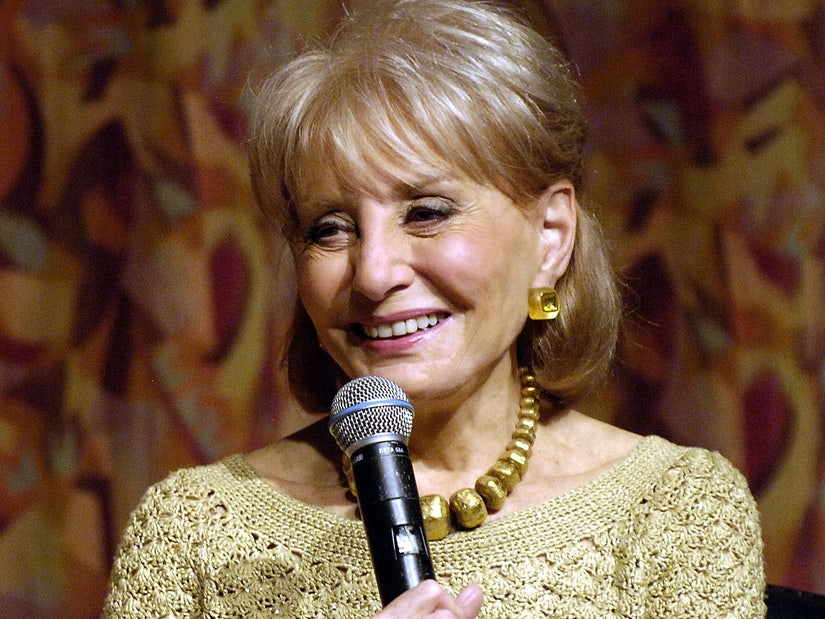 "The View" just kicked off season 24, marking nearly a quarter century on the air. Throughout its two decades on ABC, the daytime talk show and its hosts have had their fair share of controversy, with 22 different hosts gracing the stage and even more guest hosts making an appearance.

When executive producer Barbara Walters created the show in the late '90s, she aimed for the program to feature a multi-generational panel of women from all walks of life -- a concept that stands to this day.

"I've always wanted to do a show with women of different generations, backgrounds, and views: a working mother; a professional in her 30s; a young woman just starting out; and then somebody who's done almost everything and will say almost anything. And in a perfect world, I'd get to join the group whenever I wanted," Barbara said in the show’s original opening.

Find out who else has taken part in "The View" and what led to their departure. 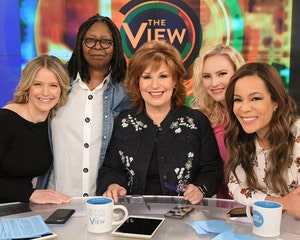 As creator and executive producer of "The View," Barbara Walters served as a co-host for 17 seasons - from 1997 to 2014.  Despite deciding to step back from her position as a panelist, Baraba reportedly still serves as executive producer of the show, although she hasn’t worked in the public eye since 2016.

As part of the original crew of "The View" hosts, Meredith Vieira sat at the table for nine seasons, from 1997 to 2006. During that time, Meredith became the first female host of "Who Wants to be a Millionaire." After leaving "The View," she went on to succeed Katie Couric as co-anchor of "Today."

Star Jones also served as one of the original co-hosts on "The View," remaining on the show for the same amount of time as Meredith Vieira - seasons one through nine. Star’s contract was not renewed for the show’s tenth season and the decision led to a longtime rift between Star and Barbara Walters. Star claimed she was "fired" from the show and was told that her "ratings had dropped." She believes the show simply wanted to "go in another direction" and used the ratings as an excuse.

While Star’s departure was dramatic, it sounds like it’s all in the past as she has since returned to the show as a guest.

Debbie Matenopoulos was the youngest member of the original panel of "The View," as creator Barbara Walters wanted a TV rookie to be a part of the lineup. While working as an MTV production assistant, Debbie had a chance encounter with Barbara Walters who invited her to audition and subsequently cast her on the show. Unfortunately, her role only lasted two seasons, as the network saw her as too inexperienced.

"I remember sitting there and all the blood rushing out of my head. I screwed this up so bad. All I wanted to do was be good for them. Of course I cried. I was so sad. These people were my friends. Here’s the opportunity of a lifetime, and I blew it," Debbie said in "Ladies Who Punch: The Explosive Inside Story of The View."

Thankfully, Debbie was able to continue her television career and has since served as host of several programs like "Good Day Live" and "The Daily 10."

Joy Behar rounded out the original hosts of "The View," and still remains with the show to this day. Joy only left the show for seasons 17 and 18 to pursue other career opportunities, but continued to serve as a guest host. She returned as a regular co-host before season 19.

"Just when I thought I was out, they pulled me back in....But I'm happy to be back home. And I'm looking forward to sticking my two cents into the hot topics, especially now that Hillary and the Donald are in the spotlight," Joy said at the time.

Lisa Ling stepped in to replace Debbie Matenopoulos after her contract was not renewed. She stayed with the show from seasons three through five, leaving the program so that she could return to the international reporting she had done previously.

Elisabeth Hasselbeck joined the cast of "The View" after Lisa Ling’s departure, bringing a more conservative take to the panel, and remained as a co-host for a whopping 10 seasons.

During season 16, there were rumors that Elisabeth's contract would not be renewed, which Barbara Walters shot down on air. In contract wasn't, in fact, renewed and, according to her book "Point of View," Hasselbeck was told the show was "going in a less political direction" when she was let go.

She later became a host on "Fox & Friends."

Rosie O'Donnell joined the cast of "The View" following Meredith Vieira’s departure, bringing along her outspokenness and spontaneousness nature. She got into heated debates with her co-hosts, bringing big ratings to the show. After an on-air confrontation with Elisabeth Hasselbeck, Rosie began to believe that she had been egged into the argument by an executive producer who she did "not gel" with. She left the show after just one season.

Rosie returned to the show in 2014, but once again only stayed for one season, citing personal reasons for her departure.

"[My health] got a little bit worse right before the holidays — [my doctor] was kind of concerned. I can't really fix [my personal life] right away, but I can fix [my job]," Rosie told THR.

Whoopi Goldberg joined :"The View" in season 11, after Rosie O’Donnell stepped down, and has stuck with the program to the present day. She currently serves as moderator of the show. 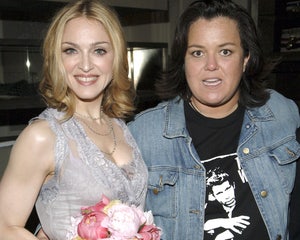 Sherri Shepherd also joined "The View" following Rosie O’Donnell’s departure and remained at the table from seasons 11 through 17. Sherri, Jenny McCarthy, the show's co-creator Bille Geddie and a number of other staff members were all let go the same day.

According to "Ladies Who Punch," Shepherd was asking for a "significant raise" as part of her contract negotiations and was "stunned" she was dropped before talks with the network. Shepherd said she was actually "comforting" McCarthy when she got the news about her own contract.

Jenny McCarthy made numerous guest appearances on "The View" but only remained as an official co-host for season 17. When her contract wasn't renewed, she began her SiriusXM series "The Jenny McCarthy Show."

McCarthy claimed she had been told not to accept other job opportunities because the show would be renewing her contract. But that didn't happen.

"I even said that to them, I'm a single mother with a special needs kid -- not that that's a reason to keep anybody -- but to keep me away from other work when I have other TV offers and I turn them down, is really shitty," she said. McCarthy's son Evan has autism.

Nicolle Wallace signed on to "The View" after Jenny McCarthy and Sherri Shepherd’s departure but only remained for one season. Her contract was reportedly not renewed because she did not offer "enough dissent about political issues" and was "continually voicing her lack of knowledge about celebrities." She then joined NBC News and MSNBC as a political analyst.

Rosie Perez also joined "The View" after Jenny McCarthy and Sherri Shepherd’s departure.  She left the show after only taking part in season 18, in order to pursue acting full time. She soon landed a starring role in "Fish in the Dark," a play written by Larry David that ended up on Broadway.

Raven-Symoné took part in seasons 18 through 20 of "The View," replacing Rosie O'Donnell. In 2016, she decided to leave the program in order to focus on "That's So Raven" spin-off "Raven's Home," which she stars in and executive produces.

After several guest hosting appearances, Michelle joined "The View" as an official co-host in 2015 but was fired after just one season. During her time on the show, Michelle faced criticism for a joke about nurses as well as comments mocking the appearance of a Republican presidential candidate. The show also reportedly wanted to go in a more political direction and Michelle’s area of expertise was pop culture.

Candace Cameron Bure joined "The View" for seasons 19 and 20 but left due to commitments to "Fuller House" and Hallmark Channel projects as well as a desire to be close to her family.

"It wasn’t an easy decision...Because of the success of ['Fuller House' and Hallmark projects], my commitments have become even greater...and the commute of going west coast to east coast every single week has been tough on me and hard for my family...I tried to be Superwoman, but I’m gonna not try anymore," said Cameron said on air. 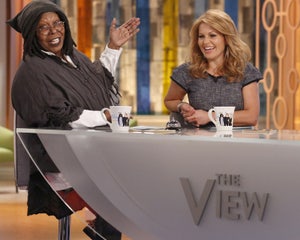 Paula Faris was a part of "The View" for three seasons, from 2015 to 2018, but left the show, as well as her role on "Good Morning America" to take on a new opportunity with ABC News. She also launched a faith-based podcast for the network.

"I'm excited to get my life back. I have three kids and working at GMA Weekend and The View has been awesome, but I'm so excited to not go to bed at 8:30 or 9 p.m. on a Friday or Saturday night because my alarm would go off for work at 3:30 a.m. every Saturday and Sunday morning...I realized that my kids need me in the stands and on the sidelines, my husband and I need that time to reconnect," Paula told People.

Jedediah Bila joined "The View" after Michelle Collins' departure and stayed with the program  from 2016 to 2017. She says that she didn't plan on leaving the show but was asked to leave without fully knowing why.

"I didn’t leave voluntarily. I have to be very careful about how this is all said. I had signed for a new season...about a week and a half before. In fact, they released all this really cool merchandise with all of our faces on it...I don’t know what happened. I actually just got a phone call and was kind of told but I didn’t...I can’t really talk about this to be honest. The only thing I can say is I don’t know," Jedediah said on "The Jim & Sam Show."

Sara Haines also joined "The View" after Michelle Collins' left the show. She stuck around for seasons 20 and 21, but departed in order to join "GMA3: Strahan, Sara, and Keke." After the series was cancelled, Sara announced that she would be returning to "The View" for its 24th season.

Sunny Hostin joined the ladies of "The View" in the show’s 20th season. She is still a co-host of the show, which just premiered season 24.

Abby Huntsman was asked to become a co-host on "The View" for season 22, after Sara Haines’ first departure. She later left the show to become a senior advisor to her father's 2020 Utah gubernatorial election campaign.