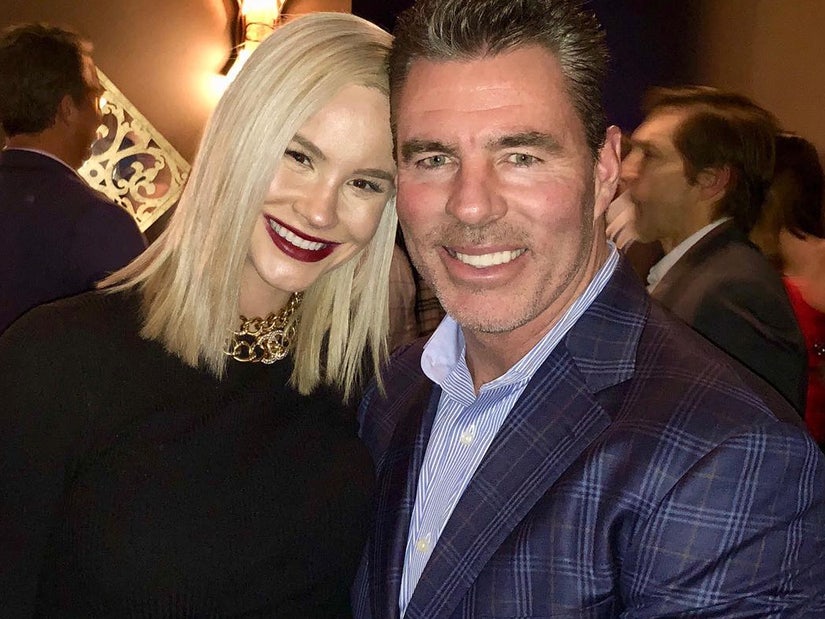 Andy Cohen also asked him about that whole "sexting affair."

The war of the words between Jim Edmonds and ex Meghan King Edmonds is back on, after Jim appeared on Andy Cohen's radio show Monday to talk about some of the more salacious allegations she's made about him in the past.

"I'm going to cut you off right there. That was all false too. That was a joke. I don't even know how she comes up with this stuff," said Jim. "To be honest with you, I mean, if we really want to go down that road, she was the one that was pushing for them. And I was like this is completely ridiculous and she just made up these stories."

It's unclear whether Jim meant the threesomes never happened, or just that he wasn't the one who initiated them/he never had an affair.

It did sound like he copped to a ménage à trois or two back in January, when he claimed "there were a more than few initiated by Meghan and only Meghan" -- and said it was actually Meghan who "carried on with a few of these women without" him around after.

Saying Jim wasn't "totally innocent" in the couple's split, Andy then asked whether Edmonds was "sexting someone inappropriately" or "having a sexting affair" with someone during their marriage. In 2019, he was accused of cheating on Meghan while she was pregnant with the couple's twins the year prior.

He admitted to Andy he sent a picture which was "inappropriate" to another woman, "in the middle of like some low times for me, my marriage was pretty much over." He added, "I was living with basically a roommate and I just got on a weak spot."

He went on to say it wasn't a "sexting affair," however.

"She was sending me photos of different parts of her body and all this. And she had originally friended me saying that I helped her down the street one day, 10 years ago," he continued. "And she was just reaching out to say thank you. And it turned into a bunch of things about her asking me about kids and all this stuff. And I was just answering questions as someone I thought I might've known. And then the picture came out way back prior and then she turned to like, to be crazy. And so I tried to back off from her, like just like stop texting me or like, you know, stop Instagramming me."

He then reiterated claims the woman blackmailed and catfished him-- claims the woman, who has since be identified as Jennifer McFelia Villegas, has previously denied. "I want to make a few things very clear — I never set anyone up, blackmailed anyone nor have I attempted to ruin anyone's family," she told All About The Tea at the time.

"It was a mess. It was my fault," added Jim. "I shouldn't have sent the picture, but I mean, I made a mistake and I live by it. And that's not the reason for the marriage falling apart at all."