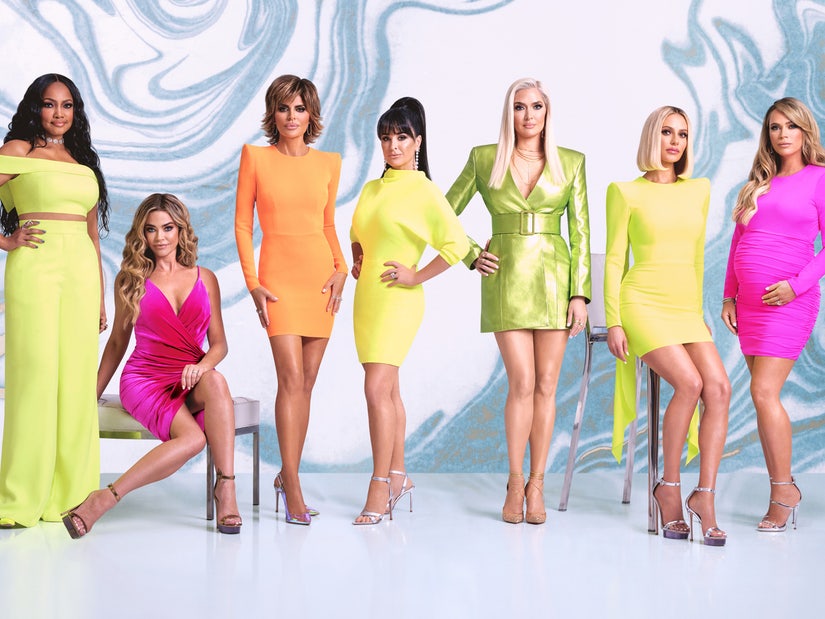 Andy Cohen reveals who definitely won't be on the show next season, while one of Garcelle's friends says she could be in the mix.

"Real Housewives of Beverly Hills" will look very different when it returns for Season 11, after Denise Richards quit and Teddi Mellencamp-Arroyave was fired following the S10 reunion.

Since their departures, a flurry of names have been floated out as possible additions to the show -- and now we know at least one of them is totally false. Keep reading to see who's out, who could be joining and what Teddi herself just revealed about being "blindsided" by her dismissal.

How Teddi Learned She Was Let Go

On the latest episode of her Teddi Tea Pod podcast, Mellencamp-Arroyave revealed she had no idea she wouldn't be returning -- until after it made headlines.

"The craziest part about it was, I think it was last Monday, I woke up, I was on the Peloton, and my girlfriend started texting me, my non-television show girlfriends, 'Hey is everything cool? It's all over the Daily Mail that you're no longer a housewife,'" she explained.

"Then I went on Daily Mail and looked at it and sent a message to my agent, manager and publicist like, 'Hey guys, what's up?'" she continued. "And maybe not three hours later I get the phone call. They're like, 'So, um, your contract's not getting renewed as a Housewife.' You're telling me it's released to the DailyMail before me?!"

Teddi said that of course her ego was a bit bruised, as she wondered, "How was I blindsided by this ... how did this happen and I didn't know?" She also admitted she should have seen the "writing on the wall" when the current season aired and "so many amazing things" she filmed "were never shown on the show."

"All the things that make me a likable, redeeming human being were not shown on the season," she said. "So if you only see a certain part of somebody, it's really hard to connect with them. I'm not blaming production or Bravo, I was there to do a certain part and that part I did, but if you don't see the other part, it's hard to relate to a person."

She went on to say she's still on a group text with Erika Jayne, Kyle Richards and Lisa Rinna and added, when asked if she'd consider returning as a friend, "Never say never."

Who's Maybe In and Who's Definitely Out

So far, the names floating out about joining the show have included Kris Jenner, Kathy Hilton, Caitlyn Jenner and Sophia Hutchins.

Kris was the first to react to the reports, telling Ellen DeGeneres "there's just too much going on in my life" for her to be a full-time addition to the cast. "And they do not need a Kris Jenner on that show," she added. "They are doing just fine."

Hilton was less forthcoming, not confirming or denying the talk when a fan brought it up on Instagram. Instead, she replied with a simple, "I am thinking???"

Caitlyn and Sophia's names made headlines this week, but Cohen shut that down on his SiriusXM channel Radio Andy on Wednesday. "This is one of those where the call is coming from inside the house, people, as they say," he said. "I know that they have expressed their interest publicly. On social media they've tagged me in posts saying we think this is a great idea, but, um, it is not, we've never talked to them formally and that is only ... That rumor is not true."

He added that Kris would have made more sense, because she's "legitimately really good friends with Kyle" -- but as far as Caitlyn was concerned, he added, "I just don't see it."

A new name also surfaced this week, as Ali Landry said she has had conversations with producers about being on the show. Landry is a good friend of Garcelle Beauvais and appeared a couple of times during Season 10. She's also friendly with Kyle.

"I talked to them like three or four different times, the executive producers," Landry told Jeff Lewis. "They said, of course they would let me know."

She added, "In my heart, I honestly don't know. I don't know if it's for me. We'll see. I'm surrendering to the whole experience, no plans no expectations."

Singer Jana Kramer also claimed back in July that she tried out for a diamond too for the next season. "We might have auditioned for a certain Housewives thing, but we haven't heard back yet," she said at the time. "At the same time, I would be so afraid that we'd be eaten alive and spit out and then like canceled the next day."