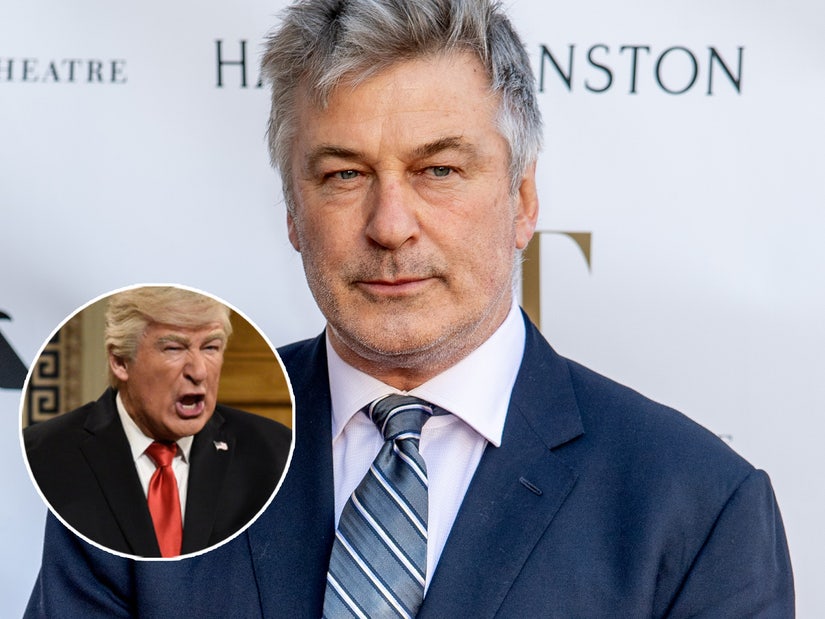 "We thought we kept the gloves on."

Alec Baldwin has defended his decision to play Donald Trump on "Saturday Night Live" despite the President being hospitalized for COVID-19.

On Sunday, the actor shared a video in which he responded to the criticism of his portrayal, stressing that if there was any indication that Trump was "gravely ill," the "SNL" writers wouldn't have gone through with the sketch.

During Saturday night's Season 46 premiere of "SNL," Baldwin reprised his role as Trump, while Jim Carrey debuted as Joe Biden, and the two participated in a parody of last week's presidential debate. Though the bit focused on the debate, the sketch still included a few jokes about Trump's coronavirus diagnosis, which upset many of his supporters.

Addressing the backlash, Baldwin came to the defense of the "SNL" writers and producers, noting that when it comes to Trump's condition, they only used the information the White House has publicly revealed.

"We thought the debate was something topical, and we didn't have anything with him in a hospital bed, but we had the debate," he explained in the lengthy video. "You'd have to have a very good reason to avoid that, topicality-wise, and nobody thought that they were mocking somebody's illness by doing that."

"If there was ever the suggestion that Trump was truly, gravely ill, and people said, 'Trump is really in trouble,' then I would bet you everything I have that we wouldn't even get near that, in terms of the content of the show," Baldwin explained. "They would have done something else. I've seen that happen before."

"We only have the words of the White House itself and the people who work there themselves to go on, and all of them have all been saying he isn't in any danger," he added. "We only have their word to go by and if their word was that he was in serious trouble, then we probably wouldn't have done it."

The Emmy winner said that while "there are a lot of people out there who have the deepest amount of animosity" toward the President, even they understand not to go too far.

"They wouldn't say, 'I wish something happened to him,' or that he died, or whatever. And people who do that, that's not the way it should be."

Earlier in the clip, Baldwin shared his excitement over seeing actor Brendon Gleeson's portrayal of Trump in "The Comedy Rule," but said he thinks "people are just sick of Trump."

"They really don't care who portrays him," Baldwin explained. "People have come to the point now when they’re ready to stop laughing about it and stop joking about it and take a serious look, in terms of programming, dramatic programming, scripted programming at what's really going on with him. I assume that if he loses that will be superfluous, but maybe that will continue."

"If you didn't like Trump, the sketch, sorry," he later added. "We thought we kept the gloves on."