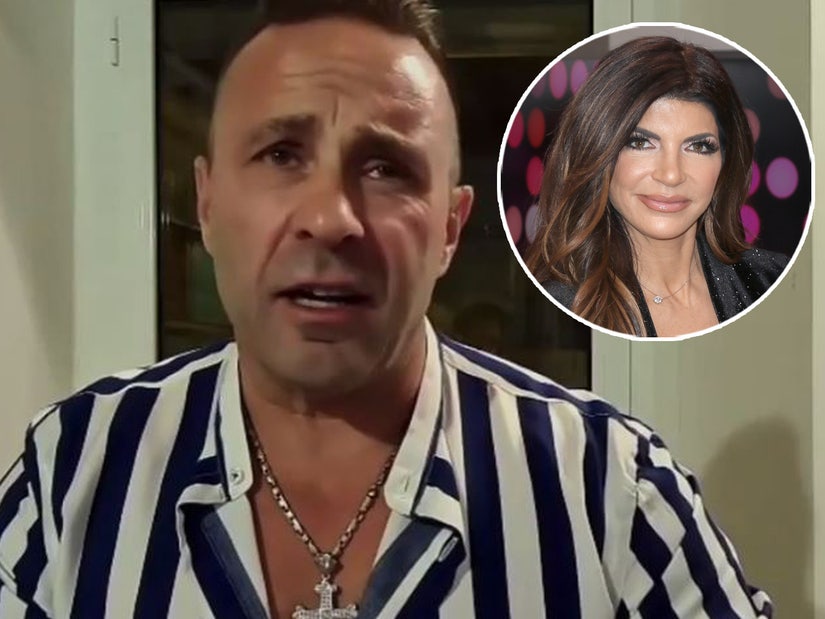 "I wouldn't say she’s my girlfriend, but we're hanging out together."

During a virtual guest appearance on Friday's "The Wendy Williams Show," the former "The Real Housewives of New Jersey" star said he's dating a lawyer while still residing in Italy after being deported from the U.S. following his release from prison.

"I'm actually seeing a lawyer," he confessed "She's helping out a lot out here, it's good because I have a lot going on out here and she's putting together a lot of deals for me. We've been seeing each other, you know what I mean."

"I wouldn't say she's my girlfriend, but we're hanging out together."

In December of 2019, Joe and Teresa split after 20 years of marriage. Joe revealed to Wendy that he believed living so far apart ultimately caused the end of their relationship.

"The distance and then how's it going to work?" he began to explain. "She's over there [in New Jersey] I'm over here [in Italy]. There's no way it's going to work no matter where I'm at. What am I going to do pull the kids out of school to come here? What are we doing to do with the kids? It just won't work."

"We talk every day," Joe claimed. "I was watching them play soccer yesterday through the phone. So, good thing for the phones. It's better to be there in person, but what're ya gonna do? Right now, I wouldn't be able to come there anyway."

Joe and Teresa both served time behind bars after they were convicted of bank, mail, wire, and bankruptcy fraud in 2014. Teresa served a little over 11 months in prison and was released shortly before Christmas in 2015. Joe served 36 months. Following his release, he was immediately deported to Italy by the ICE.

As for returning to the U.S., Joe told Wendy the prospect is still uncertain.

"First I got to get permission to come back and once I get permission I want to be able to come visit whenever I want," he explained. "I don't know if I ever want to live there again. But, I want to come back to visit my mother, brother, sister, my kids, my nieces, I got everybody there, friends, I grew up there."