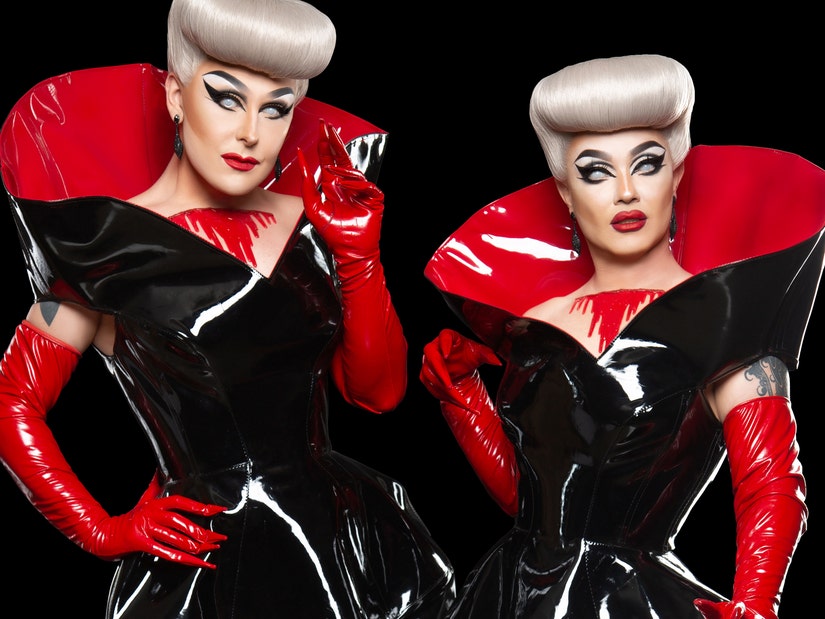 As the show gains even more popularity, the two also reveal whether it's gotten harder for them to keep their out-of-drag alter-egos private.

On their reality show, "Dragula," The Boulet Brothers have thrown contestants out of planes, made them pierce themselves and even permanently tattooed them -- but one of the most "truly shocking" things they've witnessed working on the show: America's reaction to the coronavirus pandemic.

For the uninitiated, "Dragula" is a competition series highlighting the "filth, horror and glamour" of drag -- giving the spotlight to spooky queens, kings and anyone in-between who are more into blood and guts than gagging on eleganza. Hosted by The Boulets -- the drag duo made up of Dracmorda and Swanthula Boulet -- the show began on YouTube, before getting picked up by Amazon Prime and Netflix. While a fourth season is on the horizon, the pair teamed up with horror streaming service Shudder for a Halloween special, "Dragula: Resurrection."

Filmed amid the pandemic, the two-hour event follows The Boulet Brothers as they drive across the country to watch seven competitors duke it out for a chance to win a $20,000 cash prize and a slot on the fourth season. It's being dubbed "part horror movie, part documentary and part reality competition." 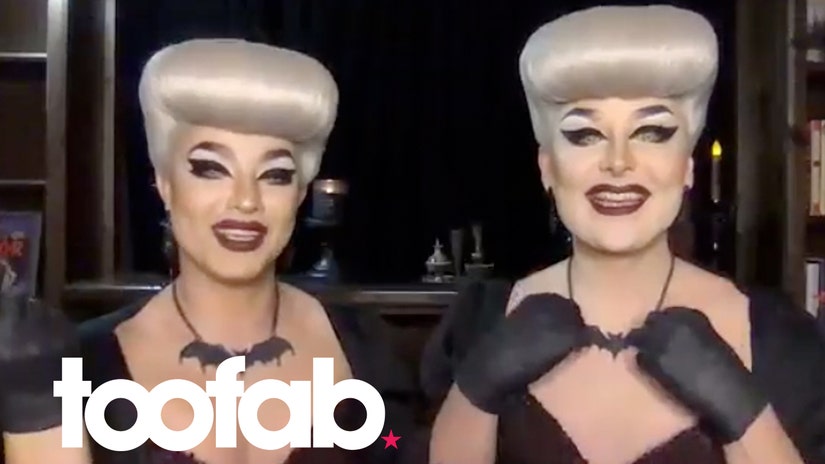 Dracmorda and Swanthula told TooFab they quarantined with their small crew before hitting the road. Once the five of them began their trip, they noticed things were a little different outside of Los Angeles when it came to how the world was handling the pandemic.

"It was dangerous, you know?" said Dracmorda. "As we were leaving, we were noticing as we were getting to some of these places that were 'red zones' that were not taking it so seriously, there were a lot of people not wearing masks. There's a lot of people just going to restaurants. It was kind of terrifying honestly."

"Coming from LA where it seems like we've been in a post-apocalyptic kind of scenario, and then you go outside and people are pretending like nothing’s going on. That was pretty terrifying," she continued.

"It was truly shocking and it was one state after the next, after the next," added Swanthula, who said they eventually got over the "mental hump" of filming against the pandemic a couple days into the process.

"We kind of looked at each other and we were like, 'Holy shit, this is happening, this is kinda crazy," she continued. "So, we felt like our team was a little in danger and it was important for us to just keep everyone as safe as possible. Not only the competitors, but our crew, cause we were traveling around in space suits in our little van bubble and we tried to keep it as like nontoxic as possible, and we succeeded of course."

Adding to the fear factor, according to Swanthula, was the plain and simple fact that "there are a lot of Americans that are actually really scary." Their trip also brought them to dangerous locations -- "because you know how we do," says Dracmorda -- like abandoned train yards and haunted mansions deep in the forest.

"That was part of the magic I think, traveling around state to state, not only to see how the artist live, where their inspirations come from in and out of drag, but also the different locales and what those cities and states had to offer," explained Swanthula. "Some of them were extremely rural. Like we were deep in the woods, like very 'Cabin In the Woods.' It was real. Then other locals were just like desert wastelands and super beautiful, but also like completely desolate."

Some of the shoots led to one-on-one interactions with snakes, spiders and even scorpions. "High heels and scorpions don't go together," joked Dracmorda, who explained there was also a "giant swamp spider" which got into one of their producers' clothes that was so nasty, it even survived a cycle in the washing machine.

"Between the pandemic and that, it was just kind of terrifying but kind of exciting at the same time," she added.

With such a small crew, The Boulets had even more of a hand in production than usual, explaining that they found themselves directing shoots, helping with story arcs and even holding up lights. While it still looks expensive and slick on camera, the scaled back crew gave the contestants a more personal experience with the Brothers than they would in a normal season. 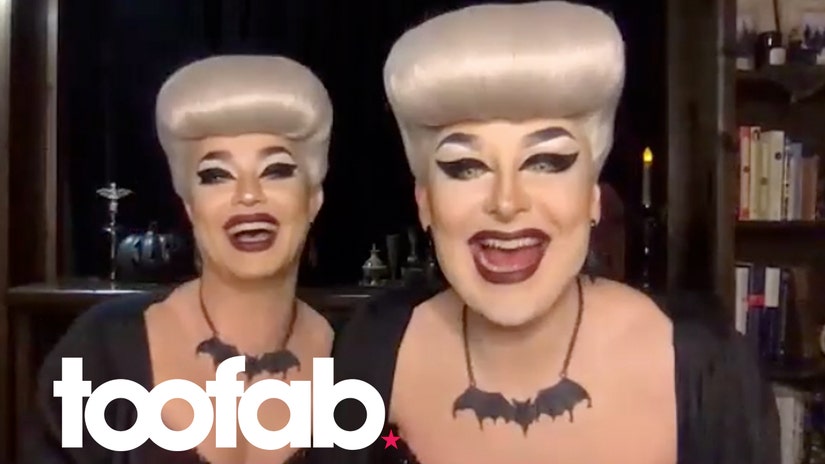 The special is a big deal for the Boulets, who have seen their show grow in popularity since its bare bones first season. While Dracmorda and Swanthula are instantly recognizable, they've done an incredible job at keeping photos of their out of drag alter-egos off of the Internet.

"We hide that secret very well," said Swanthula. "Our drag is extreme, it's not subtle," it's on purpose," added Dracmorda, "We don't want people to know what we look like outside of drag. We want our private life to be private, you know?"

"Once in awhile people recognize our voices," she added. "I didn't realize my voice was so unique. People hear us talking and then they're like, 'Oh my god.' I'm like, 'Now do you really think The Boulet Brothers actually look like this? C'mon.'"

Another dead giveaway? Their show "manservant" and real-life friend Israel Zamora, whose tattooed physique is hard to miss in public. "She's done up a lot," cracked Dracmorda, "There's no casual down day for Israel!"

If you do happen to spot them in public, just don't think about using their signature "uglies" catchphrase for others on them. While a term of endearment for the contestants, Dracmorda joked she's "annoyed" anytime someone says it to them.

"You know how people get on your nerves and can't just really insult them? I feel like we found a very creative way to insult people without making it offensive," she added. "I don't care if people say that. I always say when they say it to us, 'That’s for you not for me."

Looking at the future of "Dragula," The Boulets said they feel like they're just getting started.

"I feel like this is just the beginning for us," said Dracmorda. "We have so many different ideas for spin off things, and concepts for the show and ways we want it to evolve."

Added Swanthlua, "We love our stars too. We use that word because we don't cast people to lose. We believe everyone has what it takes to win if they can rise to the moment. So, we love the idea of using, and giving our family from the first three seasons more opportunities in the future."

They added that "everything is planned already" for Season 4, but they hope to give the winner of "Resurrection" some time to reign before kicking that into full gear. As for a possible "Extermination" (or elimination) challenge when the show returns, Dracmorda already has one in mind.

"I think one of them should be to get through Alabama and not catch COVID."