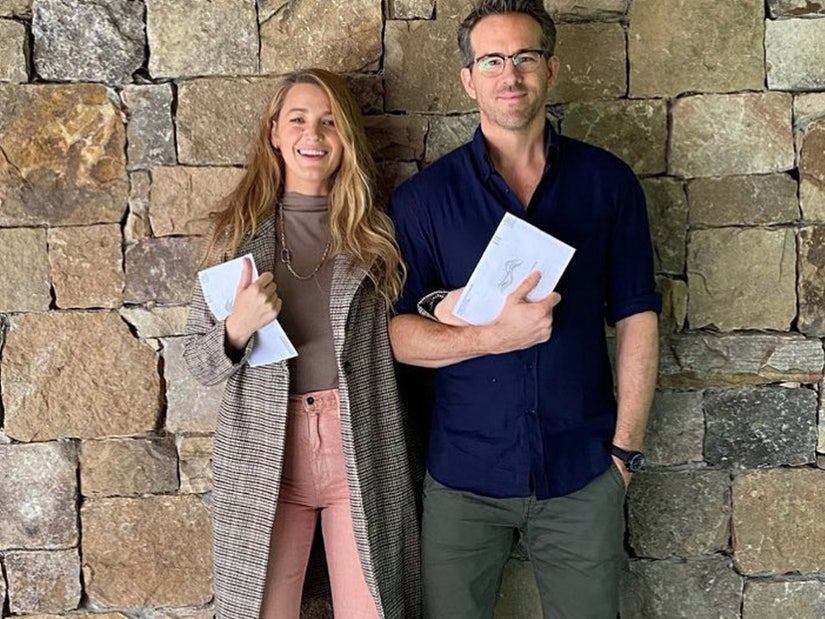 "I exercised my right to vote. And to not wear shoes that ruined my outfit," Blake posted on her Instagram story.

Blake Lively is stressing the importance of voting -- and having good shoes while doing so!

Earlier this week, the "Rhythm Section" actress and her husband Ryan Reynolds submitted their mail-in ballots and took to Instagram to share a cute post-voting snap. In the photo, the duo could be seen proudly posing with their ballots...but fans immediately noticed something off about the post.

At first glance, everything appeared normal about the photo and Blake's chic voting day outfit, which included a plaid coat, pink pants and brown Louboutin heels. But upon closer inspection, it was obvious that Blake’s shoes were not real and had been drawn on to her bare feet in the photo.

"It was Ryan’s first time. He was understandably scared. It all happened so fast. Like, REALLY fast. He wept. I pretended to weep. Then he called all his friend [sic]. #voteearly," Blake captioned the photo, hilariously not addressing her photoshop antics.

Fans' suspicions that Blake had actually doodled the designer heels were confirmed when Ryan posted the un-doctored image on his account, which showcased Blake’s shoeless feet.

Blake later took to her Instagram story to joke about her fashion choice and even shared an alternate shoe option that had been posted by Ryan. This time, Blake’s look included brown closed-toe shoes by the same designer.

"@louboutinworld are you hiring? Barefoot iPhone doodler with vast experience avail," Blake added with a closeup of the shoe design, adding, "Impressive résumé upon request."

Blake also further explained her decision to doodle, writing, "Can you tell I was so happy to get outta a onesie and vote. Sure it was an absentee drop off ballot with a mask covering my look. But dammit I exercised my right to vote. And to not wear shoes that ruined my outfit," she jokingly remarked.