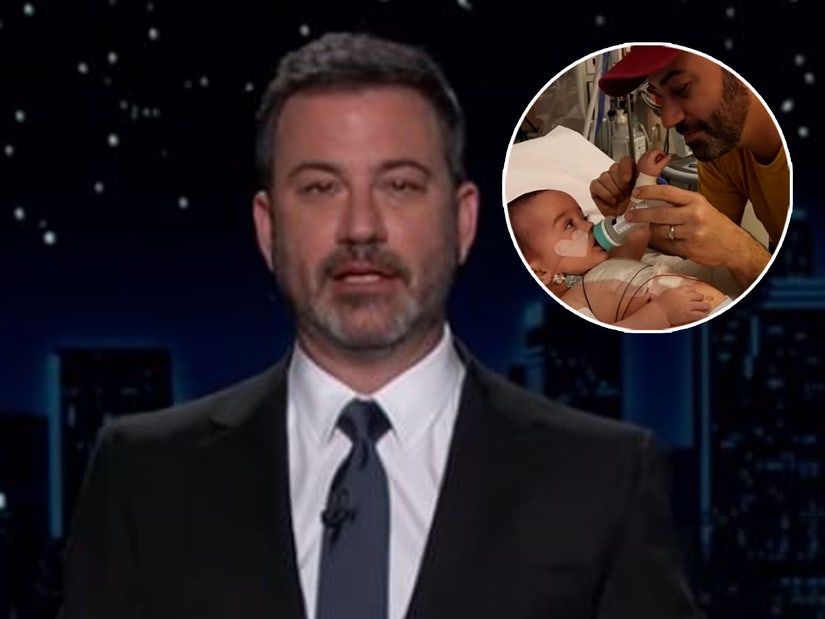 At just three-years-old, he has already undergone three heart surgeries, including one merely days after he was born.

Jimmy Kimmel is getting personal in the hopes of bringing healthcare policies to the forefront of the upcoming election.

During the most recent episode of "Jimmy Kimmel Live," the late show host shared some extremely candid moments from his son Billy's health battle, who was born with a congenital heart defect. Shortly after his birth, he was diagnosed with Tetralogy of Fallot with pulmonary atresia, which created a hole in the wall of his heart and prevented him from getting enough oxygen to his blood.

In a montage of touching photos and videos compiled by Jimmy's wife Molly McNearney, the couple could be seen caring for Billy during his time in the NICU, numerous doctors appointments and hospital visits. At just three-years-old, he has already undergone three heart surgeries, including one merely days after he was born.

"This is what it looks like to have a 'pre-existing' condition," the video read as it showed footage of a newborn Billy laying in a hospital bed, hooked up to wires. "Families go broke trying to keep their loved ones alive. People die because they cannot afford to live."

While Billy has persevered thanks to the diligent care of his doctors at Children's Hospital LA, Jimmy stressed that if the Affordable Care Act is repealed, millions of Americans with pre-existing conditions like Billy will suffer.

"I want to bring us back to focus on something we can't afford to forget, and that is health care. The vast majority of this country agrees that health insurance should cover Americans with preexisting conditions but the Republican party, and that includes the president and members of Congress, the only plan they have is to do away with protections for pre-existing conditions," Jimmy explained.

He noted that even though an overwhelming amount of Americans and politicians want the protections in place, the majority of Republicans in office don’t. Jimmy added that while these politicians may say they do, their actions say otherwise. The video even went as far as to call out specific senators who voted against the protections for pre-existing conditions.

The moving montage concluded by asking Americans to "take care of one another" and to "vote with your heart."

You can watch the entire video above.