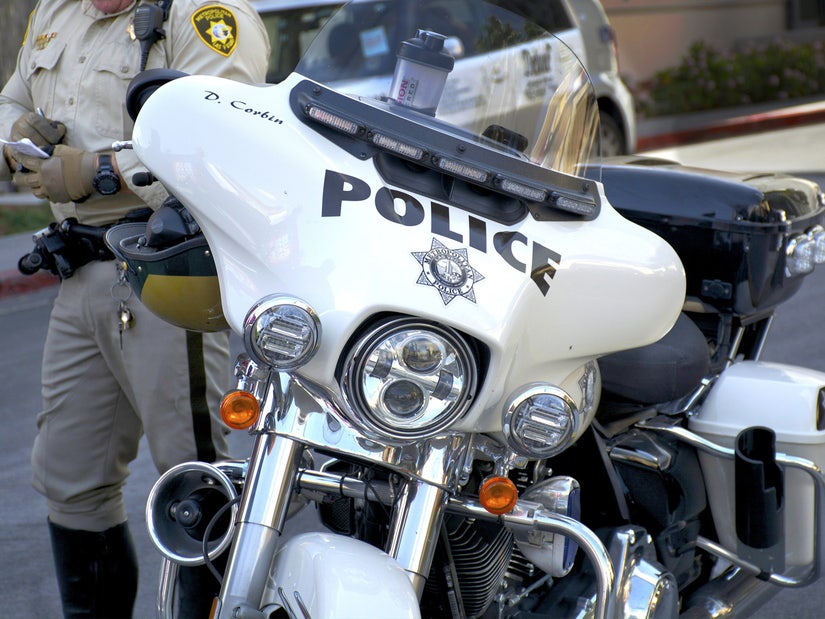 He fell out the window, skidded 150ft on the asphalt before striking his head on a streetlight.

Two people were killed in a bizarre road incident in Las Vegas on Sunday.

Police say a cyclist was killed by a man who leaned out of a car to push her — who then fell out the window and was killed himself.

On Monday, police arrested 22-year-old Rodrigo Cruz, who they believe was the driver of the car involved in the two deaths.

Investigators say a minivan was racing a number of other cars down Hollywood Boulevard at 7:30AM Sunday morning, the Las Vegas Review-Journal reported.

According to Metropolitan Police Department homicide Lt. Ray Spencer, a passenger in the minivan stuck his body out of the window and attempted to strike a couple who were walking down the street.

As the minivan approached Sahara Avenue, it approached a female cyclist; the passenger leaned out the window again and pushed her off her bike, Spencer said.

The woman, who was in her 50s, fell to the ground and was killed.

But the momentum of pushing her caused the man to fall out the window and skid about 150ft on the asphalt, before his head struck a streetlight, killing him too, according to authorities.

The minivan fled the scene before police arrived to find the two dead bodies.

Spencer said the investigation is one of homicide, and the driver could be charged with murder.

"Senseless is an understatement," he said during a media briefing on Sunday. "You have a woman who was out riding her bicycle and they pull up next to her and strike her, causing her to die. It's an absolute senseless act."