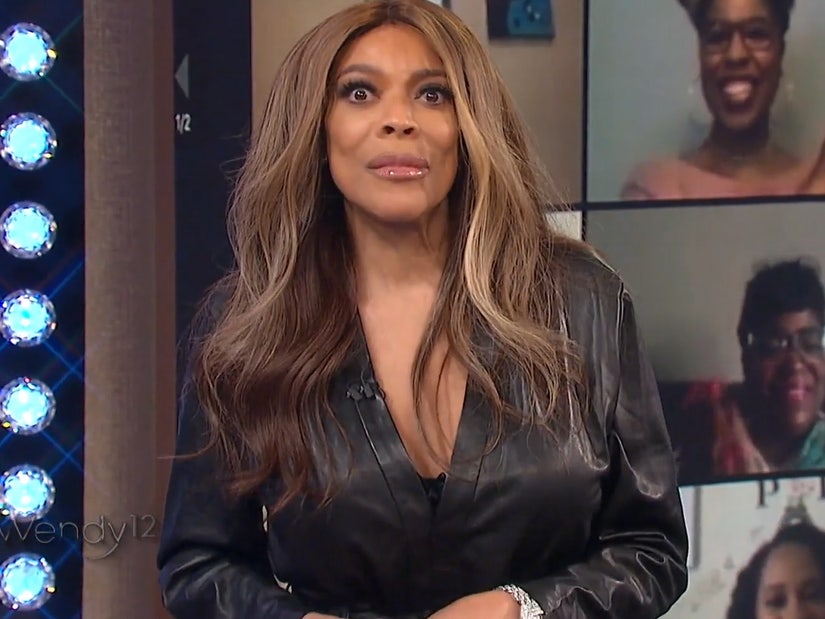 Wendy Williams seemingly addressed concern over her behavior on her daily talk show Monday, after Friday's episode had people talking.

At the top of today's show, before diving into Hot Topics, Williams took a moment to address her audience.

"I always say I love you for watching, because I really, really do. I come here every day and I try to do the best that I can for you," she began. "I appreciate you watching, but even after all of these years, it's still work and effort put in for the hour that I'm out here with you, you know?"

"I guess every day is not perfect, but I'm not a perfectionist. I'm not perfect," she added. "But I do appreciate you putting in the effort to watch us. I love entertaining you, you know? And it's not easy. It is not easy. You're a tough crowd."

With that, she took a sip of her tea and launched into the first topic: Adele's "SNL" hosting gig.

The message comes after she sparked concern on social media on Friday, when she mispronounced both Adele's name and the word "jealous" during a very pause-filled Hot Topics.

As she also spoke about Rick Ross' new home, she kept stopping to giggle and collect her thoughts, and had a hard time getting through a segment about her shoes.

Yo whoever let @WendyWilliams on air today should be fired. I don’t even know if she’s said a full sentence.

How is that show still on the air?

Wendy Williams!!! @WendyWilliams is SHE OKAY ToDay!!!! This is sad.... cmon girl. pic.twitter.com/FU4UtkSDCF

Lots of people tweeting about #WendyWilliams on her show today. They tape Friday shows on Thursday. And yesterday she was also very “off.” I’ve been a fan for nearly 20 years. It is so hard to watch. Norman trying to help co-host almost. I hope someone helps her. @WendyWilliams

I must say that #WendyWilliams producers is so out of pocket for even airing today’s episode & allowing the world to see her in this state. It’s clear that they don’t have her back. 🤦🏾‍♀️#throwthewholeteamaway

Who let #WendyWilliams on the air in that condition today?

Wow, Sitting here trying to watch Wendy Williams and it’s an absolute train wreck. I feel like she’s having a mental break or something. Has anyone else noticed?

Williams returned to her studio in September for the first time since March, when in-studio production was shut down due to the coronavirus.

Williams began shooting her show from home through mid-May. At the time, she announced an indefinite hiatus after complications from Graves' disease.

Reps for the show were not immediately available for comment.