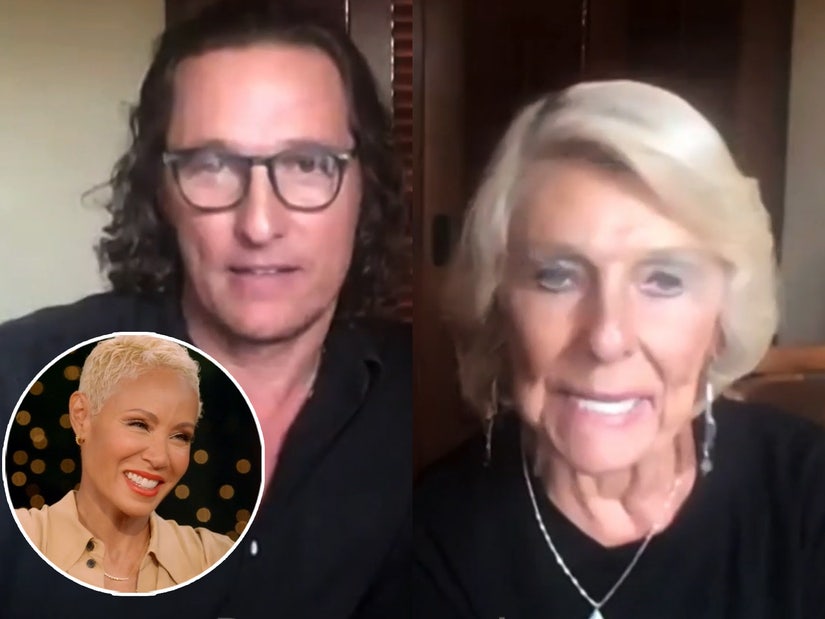 Kay McConaughey and Jada's mom realize they had something in common on Red Table Talk.

Everything may be cool between them now, but there was a long stretch of time where Matthew McConaughey and his mother Kay were on the outs after he got famous.

The actor and his mama made a joint, virtual appearance on Tuesday's new episode of "Red Table Talk," where they explained why they were estranged for eight years. McConaughey first talked about their issues in his new book, "Greenlights," but it hit a little different as he talked about it again with his mom by his side.

"Mom and I had a rough patch for about eight years right after I got famous, but we healed that up back in 2004," he began, saying the trouble began shortly after the success of "A Time to Kill."

"I started having my weekly Sunday call home to call my mother ... mother wouldn't answer the phone, a fan of my fame was answering the phone," he continued. "I was trying to find my own balance with fame and I would share things with her and to whatever amount of innocence it was -- we can now completely laugh about it -- but some of those things I would share might show up in the six o'clock news three days later."

He pointed to one house tour she gave to "Hard Copy," in which she revealed embarrassing tidbits about him as she showed off his bedroom and bathroom.

"Mom's leading the camera, 'Here's the bed where I caught him in Michelle, it's no big deal, because he didn't last,'" he said. "'And here's the bathroom, walked in on him and caught him doing you know what.' I'm going, 'Holy shit, mom!'" 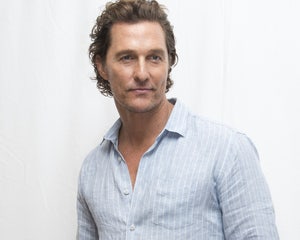 She said she did it because she didn't think he'd ever find out. "I didn't, no," she admitted.

McConaughey said he wasn't able "to talk to her as my mom for about eight years," finally sharing personal information with her again once his career "stabilized enough where I felt like she couldn't sink it."

"I said, 'Mom, hit that red carpet, tell them all the stories you want,' and she's been great about it since," he added.

Jada Pinkett Smith's mother Adrienne Banfield-Jones could relate, big time. She said Jada would tell her, 'Don't you dare ask" any of their famous friends for photos.

"I definitely understand it. Doesn't mean I don't want the pictures, but I do understand," she added.

"I was enjoying his fame more than he was, I guess," said Kay, before asking Gam, "Aren't we proud?"

"We're proud, but we also don't understand that it's such hard work for them being in the spotlight all the time," she replied. "I enjoyed her spotlight."

Added Jada: "Way more than I did!"

During the interview, Kay also retold the story of how her husband, Matthew's father, died while they were having sex.

"My husband died making love to me," she told the group. "I remember saying, when he fell back, 'What's the matter big boy, I wear you out?' No response, no response, something's wrong. So I run across the street to my neighbor and I say nothing's wrong ... I had no idea it was too much, his heart just stopped."

She added that, at his Irish wake, son Rooster told the crowd, "You sons of bitches would give 10 years of your life" to go out the way he did.

The episode also ended with a surprise reunion between McConaughey and a Black woman he worked with at a restaurant 30 years prior, a woman he said in his book opened his eyes to different cultures.

It was a sweet moment for both of them -- watch it go down in the video above.