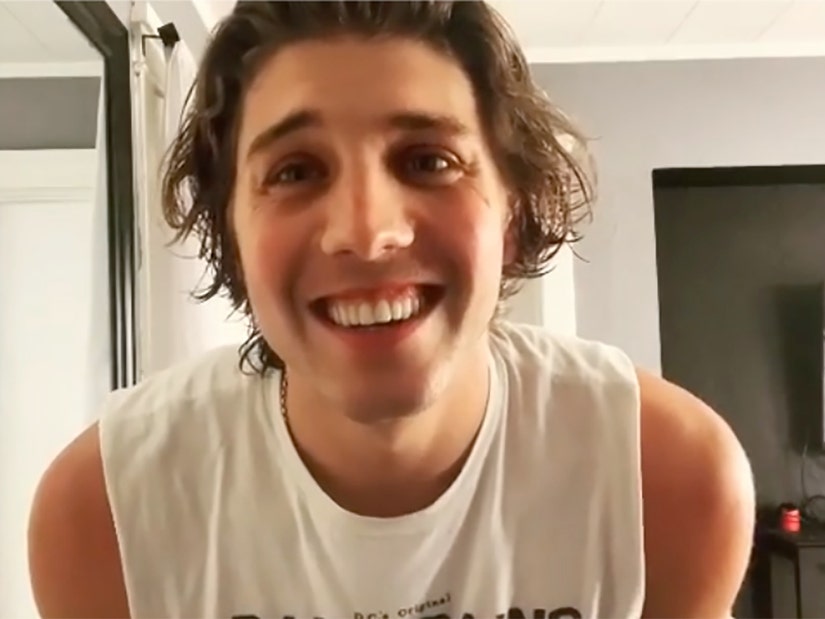 After a social media guessing game, the director came forward.

After Gage's video went viral, the director identified himself to Deadline and apologized for his behavior. The man in question: Tristram Shapeero, whose work includes directing episodes of "Never Have I Ever," "Superstore," "Turn Up Charlie" and "Unbreakable Kimmy Schmidt."

"Despite what is probably wise advice: to say the least possible and let this pass, I have decided to come forward, take responsibility, make the apology Mr. Gage deserves, and offer some background for my unacceptable and insensitive remarks," he wrote.

"First and foremost I offer Mr. Gage a sincere and unvarnished apology for my offensive words, my unprofessional behavior during the audition and for not giving him the focus and attention he deserved," he continued. "My job is to evaluate performers against the part I am trying to cast. Lukas deserved better."

"As I say on the video, I'm mortified about what happened," he concluded. "While I can't put the proverbial toothpaste back in the tube, I move forward from this incident a more empathetic man; a more focused director and I promise, an even better partner to actors from the audition process to the final cut."

Gage has not yet publicly reacted to the apology.

Hollywood stars brought out the love for Lukas Gage after he posted a clip of an unnamed director talking smack about Gage's apartment during a virtual audition.

ICYMI, on Friday, the young "Euphoria" actor took to his Instagram to share the awkward moment, captioning it "psa: if youre a s--t talking director make sure to mute ur mic on zoom mtgings." He also shared it on his Twitter.

In the short clip, Gage can be seen preparing for the audition when the director is overheard telling a third person, "These poor people in these tiny apartments. I'm looking at his background, and he's got his TV, and... "

Keeping his composure, Gage addresses the issue, saying, "Ooh, yeah not muted. I know it's a s--ty apartment but that's why give me this job and I'll get a better one."

As the director profusely apologizes, saying he's "mortified," Gage brushes it off effortlessly and says, "Listen, I'm living in a 4x4 box, just gimme the job and we'll be fine."

And the support was overwhelming, as Tinseltown's brightest were astonished at the director's rudeness, yet amazed at Gage's grace.

Since @lukasgage is going viral on film twitter for being the graceful, quick-thinking sweetheart he is, I’d like to add for any (non-asshole) director’s looking that he’s also a delight to work with, funny, talented and a blast on set. Hire this man! https://t.co/Sjai5jqury

I can only imagine how bad this director’s movies are. https://t.co/jmigfyr4lc

As a young man I would have dreamed of an apartment like this one. Look at that sweet flat screen! The guitar! The moldings! https://t.co/cAEGxLy03G

Zelda Williams wrote, "Since @lukasgage is going viral on film twitter for being the graceful, quick-thinking sweetheart he is, I'd like to add for any (non-a--hole) director's looking that he's also a delight to work with, funny, talented and a blast on set. Hire this man!"

Sophie Turner called the episode "f--ked up," while her husband, Joe Jonas, said Gage handled it "like a champ."

"Classy response Lukas 👌🏻 What an entitled a--hole, dm me who it was so I can make note not to ever work with that person," posted January Jones.

"I dunno how you reacted so well lol," wrote Patrick Schwarzenegger, as Cynthia Erivo shared, "On behalf of whoever that person was, I'm so sorry, that's unacceptable. You handled that with total grace."

Hollywood directors even chimed in, with Judd Apatow tweeting, "As a young man I would have dreamed of an apartment like this one. Look at that sweet flat screen! The guitar!  The moldings!" and Charlie McDowell posting, "I can only imagine how bad this director’s movies are."

Regarding the mysterious director, Gage joked that he would reveal the identity if the video received 100,000 likes.

Meanwhile, Emmy Rossum shared, "I think I know that voice. If it's who I'm thinking, he asked me to 'audition' for him once. But not to read a scene. He said he knew I could act. Just to come into his office in a bikini and do a twirl. No joke. THAT was the ask. My reps said he wanted to know if I was 'fat right now.' I believe I told my agent, 'Tell him no thank you and to go f--k himself."

Keep reading for more responses to the viral clip, below.

Thank u @lukasgage for posting this. Actors have to walk out on the plank and be open and vulnerable in an audition and too often the people on the other side have 0 regard for what that takes and how personal it is. fuck 'em. (also that room is nice & u handled that v well) https://t.co/7ZeVhuW3lF

Now just imagine the things those people are willing to say when they’re actually behind closed doors...

This REALLY resonates with me @lukasgage

You handled it like a champ, but you shouldn’t have had to handle it at all.

Thank you for sharing this with the world🙏🏽

Whew man you handled this with SO much grace. Props to you.

My exact thoughts. I would have been an absolute wreck 🥺🥺🥺 auditions are terrifying enough as it is my godddd

Agreed! That is NOT a shitty apartment. Not that it should matter for the audition anyway. Sorry, you had to take that in—before an audition, no less.

Your apt is great and that guy can fuck off

If he thinks THAT’S a shitty apartment, then I’d hazard a guess that he’s not of the Ken Loach school.