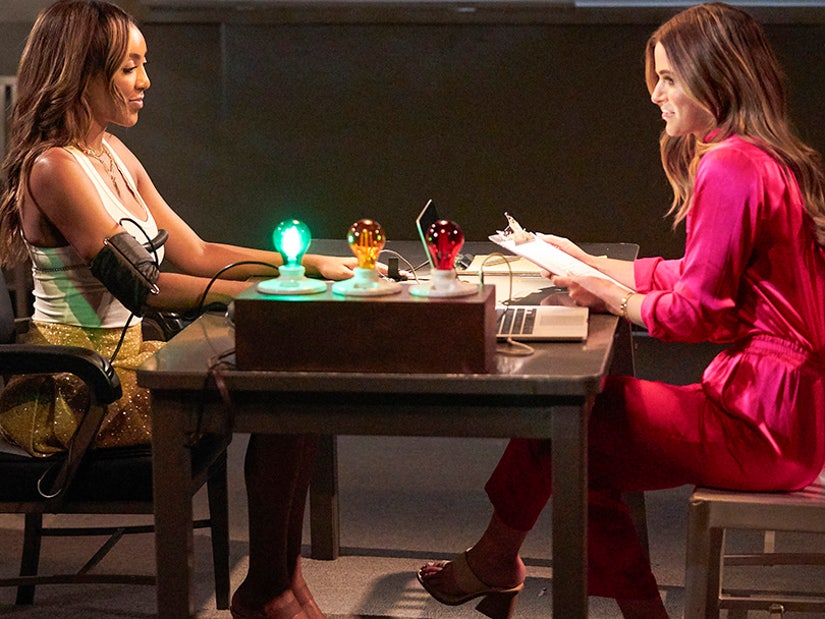 Tayshia and her guys take on a lie detector test where she uncovers cheating and nerves about next week's Hometown Visits -- plus, Ben opens up to her about his recent suicide attempts.

This was an emotionally raw and truthful episode of "The Bachelorette," with some of the guys opening up without really having a choice about it, while others just chose to do it.

Tayshia cut four more guys to reveal her Top 7, but by the end of the night, one of her eliminated suitors surprised her outside her door, declaring his love and asking for a second chance. 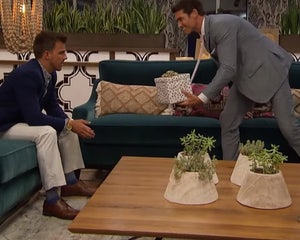 Bachelorette Blowup: Bennett and Noah's Childish Feud Reaches Cartoonish Levels -- But Only One Will Survive

The Rose Ceremony fell in the middle of the episode, and was kind of a non-event. By this stage of the game, based on the edits it becomes pretty obvious who's going to go home. As an example, Spencer may have gotten the First Impression rose and started rubbing guys the wrong way early on, but he's been almost non-existent since.

The same can be said for Demar, who never really rose from being a background player. And then there's Ed, who was going toe to toe with the likes of Dale when Clare was still around and Noah just a couple weeks ago, but then he faded into the background as the Bennett v Noah thing escalated into a full-blown storyline.

In other words, we found ourselves feeling very blasé about their departures. But they weren't the only one shown the door. As promised, Bennett v Noah was going to result in only one continuing on in the competition.

Tayshia Said Knock You Out

We were more than a little worried about Bennett when last week's episode ended with her asking about the gift box. While it was somewhat hilarious that he went to so much trouble to insult Noah in such a dramatic way, it certainly wasn't going to look good to an already irritated Tayshia.

He also didn't help himself much by condescending to Noah in front of her, and then doubling down about it when they spoke privately. Noah, meanwhile, actually appeared to get a little vulnerable while talking to her.

At 25 years old, he is the youngest guy left by a lot of years, but he also seems to be maturing and settling down. He's rubbed a lot of people the wrong way, but it seems he really is learning from being called out in his mistakes.

Still, we totally got Tayshia not being able to give him the 2-on-1 date rose even after she escorted Bennett out. For one, she said she felt Bennett's exit wasn't sitting right with her, nor did she expect to do it.

And then, upon returning, she finds Noah with a dopey grin on his face like he'd just won some battle. In a way, he did, but at the same time, it was insensitive to Tayshia and a bit childish to be beaming over Bennett's departure like it was some kind of personal victory or vindication. Noah still has plenty of problematic behaviors of his own. 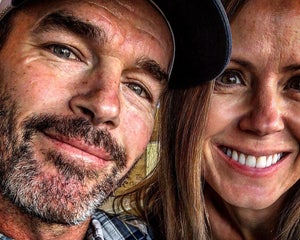 Ryan Sutter Details His Mystery Illness: 'Somedays I Can Barely Get Out of Bed'

And yet, he was actually rather doofily charming during the lie detector test group date. Probably our favorite was when he answered that he didn't miss his mustache, only to see a glaring red light before declaring his mustache missed him, too.

But while Noah flew threw the lie detector without any major embarrassments or scandals, there were definitely some interesting red lights -- or is that flags? -- with some of the other guys.

When asked if he was ready to meet Tayshia's famly and then if he was ready for him to meet hers, results were inconclusive to both of his affirmations. Then Zac very bluntly answered that he had cheated in the past, which left Tayshia fuming.

But the most perplexing one was when Riley actually got a red light on his name. That one sent him to a dark place as he opened up to her about the fact he was originally named after his father.

After an ugly divorce, his father got sole custody and destroyed his relationship with his mother for many ears. Ultimately, Riley changed his name in an attempt to step out and become his own man, out of the shadow of his father or his name.

This was the kind of vulnerability Tayshia has been looking for from these guys, and once again (as they did in art class), they really came through for her. Brendan admitted his nerves about meeting families stems back to his past divorce, knowing he'd put his family through all of this before only to have it fail.

As for Zac, we loved how dramatically he shared with a clearly upset Tayshia the story of how he cheated ... on his first girlfriend ... by French kissing another girl ... when he was in the sixth grade. Now, that's a great build-up! 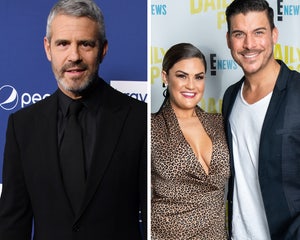 In a genuinely difficult moment for Ben during his one-on-one earlier in the show, he finally opened up with some truth and honesty of his own, and didn't even need a polygraph to get there.

It was clear that this pained him to talk about it, even as it quickly became clear that Tayshia (and now all of America) is among the first people to have ever found out just how dark of a place he went to within the past few years.

After a serious back injury derailed his career-military aspirations, Ben revealed that he had actually attempted suicide twice in the past three years. And while he credits his sister with saving his life and helping him find a reason to move forward, he also said that she has no idea what he tried to do.

It's so hard to imagine Ben carrying that weight all on his own, buttoned up and, as Tayshia saw through immediately, trying so hard to put on this perfect visage, demeanor, behavior, everything.

It's almost as if he sculpted the person he aspires to be, and lives to those ideals without truly believing in himself. There was a real vulnerability there, and clearly a lot more that Ben needs to process.

He said just talking about it, even in this setting, was like lifting a huge weight off of his shoulders, which is an important message for anyone struggling now, or even in the past, with suicidal thoughts or going to other dark places.

His openness was enough to score him the 1-on-1 date rose, while the group date guys had to settle for no rose at all as Tayshia said that everyone was equally vulnerable, so she couldn't decide and would give it at the Rose Ceremony.

That's at least a far cry from Clare refusing to give out a group date rose because none of the guys were Dale.

When producers said early in the season that they absolutely adored Bennett, they clearly weren't kidding. After all, someone had to approve him showing up at Tayshia's door after her group date to accost her with his feelings and desire to return to the game.

In his very Bennett way, he did apologize for making her feel as if he was questioning her integrity or decision-making abilities (which he was never doing -- he just felt she didn't have all the information about Noah) and then he declared his love for her.

Even that declaration was curt, prim and proper. Don't ever change, Bennett!

While she didn't have an answer for him tonight, teasers for next week's episodes (two of 'em on back-to-back nights) certainly make it appear as if Bennett made it back into the house. At the same time, teasers for the "Men Tell All" special would seem to indicate Noah is soon out of the house, and rather bitter about it.

Was that a spoiler on the show's part or an intentional misdirect? We'll find out as it all shakes down in a big hurry with the show expanding to Mondays and Tuesdays before wrapping it all up in two weeks' time (you can check out that teaser below).