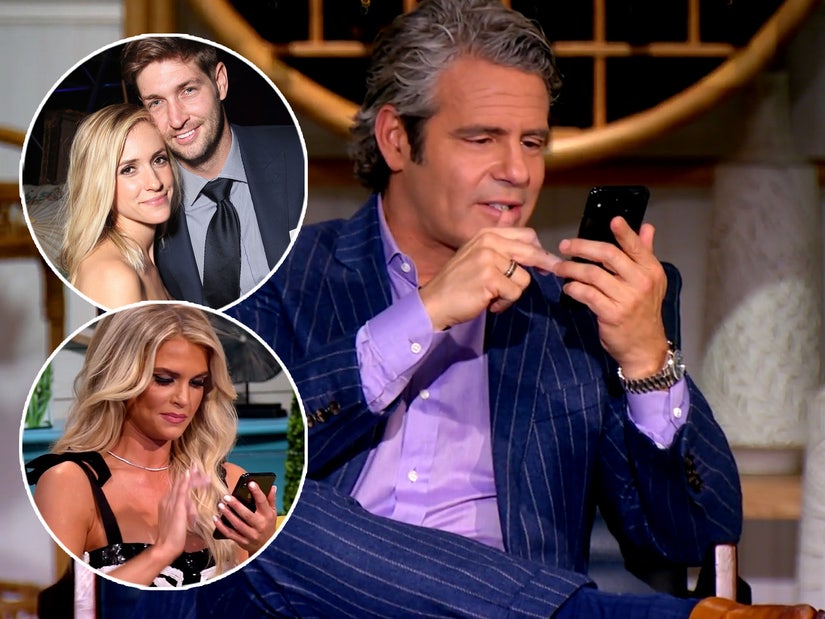 Andy Cohen read the texts aloud so her costars could react.

Kristin Cavallari and Jay Cutler may be done with reality TV for now, but they're still getting some serious airtime on at least one show: "Southern Charm."

In a sneak peek at this week's reunion episode of the Bravo series, the two "Very Cavallari" stars came up as Madison LeCroy and ex Austen Kroll rehashed their messy split.

"You commented on Kristin Cavallari's f–king picture because you hate that we're friends now," Craig Conover exclaimed. "Kristin slid into my DMs like two months ago, I was like, 'I have a girlfriend, blah blah blah' and she came to town. Austen and I have both become friends with her."

Host Andy Cohen wondered whether Kroll was dating Cavallari, to which he replied, "No, Andy, I'm not." When LeCroy then claimed Cutler actually reached out to her via DM, both boys called "bull----" on their costar.

"You want to see the messages? Give me one second," said Madison, as Cohen prepared to read them aloud. "It's all revenge," said Kroll, "It is so ridiculous Andy."

Looking at LeCroy's phone, he then began to read some of the alleged messages Cutler sent her way.

"So, this is the DM. This is Jay Cutler asking what the top three restaurants in Charleston [are]. She said, 'Are you asking this because your ex sent the same DM to my ex?' So he said, 'Haha did she? I don’t keep up with her,'" said Andy. "And then she recommends a restaurant. She said, 'I'll guess we’ll have to test more out.' That's flirty with a winky emoji. And then she said, 'When are you coming?' He said, 'Tomorrow,' and then she said, 'Wanna come out on the boat?'"

At that point, she took her phone back, as Cohen defended LeCroy's actions by saying, "She's a single person and this hot guy reached out to her." Added Madison: "Don't be mad about it!"

The sneak peek ends with Andy asking Craig, "Why are you so upset if she gets it on with Jay Cutler?"

Both Cavallari and Cutler and LeCroy and Kroll split in 2020, before Cavallari was seen hanging out with Kroll and Conover in Charleston with her BFF Justin Anderson. LeCroy began commenting on all their social media posts and, apparently, made contact with Cutler. Following the reunion, Cavallari, Anderson, Conover and Kroll all hung out in Nashville, before LeCroy fed into rumors she and Culter were possibly a thing.

Social media blew up over the situation again in January, after Madison appeared to make fun of Cavallari's parenting choices during an Instagram Live. That led to Cutler and Cavallari posting a photo together while saying, "The world is full of users" -- and LeCroy sharing more text messages she claimed were between her and Jay. Cutler hasn't directly responded to any of the drama.

Got all that? See more when the "Southern Charm" reunion airs Wednesday night on Bravo.