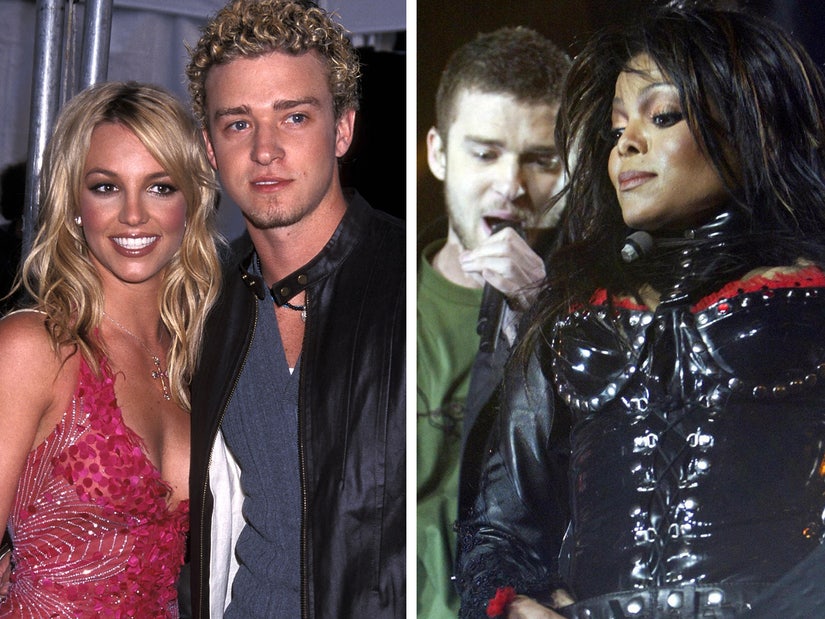 "I do not want to ever benefit from others being pulled down again."

The New York Times documentary "Framing Britney Spears" revived not only public interest in her ongoing conservatorship battle, but criticism of Justin Timberlake and his actions involving both his ex-girlfriend and Janet Jackson.

On Friday, after being tagged in a number of scathing posts, Timberlake took to Instagram to issue a lengthy apology to both stars, taking accountability for his behavior and pledging to "do better" going forward.

Here's his message in full:

I've seen the messages, tags, comments, and concerns and I want to respond. I am deeply sorry for the times in my life where my actions contributed to the problem, where I spoke out of turn, or did not speak up for what was right. I understand that I fell short in these moments and in many others and benefited from a system that condones misogyny and racism.

I specifically want to apologize to Britney Spears and Janet Jackson both individually, because I care for and respect these women and I know I failed.

I also feel compelled to respond, in part, because everyone involved deserves better and most importantly, because this is a larger conversation that I wholeheartedly want to be part of and grow from.

The industry is flawed. It sets men, especially white men, up for success. It's designed this way. As a man in a privileged position I have to be vocal about this. Because of my ignorance, I didn't recognize it for all that it was while it was happening in my own life but I do not want to ever benefit from others being pulled down again.

I have not been perfect in navigating all of this throughout my career. I know this apology is a first step and doesn't absolve the past. I want to take accountability for my own missteps in all of this as well as be part of a world that uplifts and supports.

I care deeply about the wellbeing of the people I love and have loved. I can do better and I will do better.

Spears and Timberlake dated for four years before they ultimately split in 2002. At the time, Britney was painted as the villain of their breakup, with Timberlake even using a look-alike of Spears for his music video for "Cry Me a River," a song about a cheating girlfriend. The documentary also went on to point out the many times Timberlake bragged about having sex with Spears following their split -- and showed footage of Diane Sawyer blaming her for "breaking [Justin's] heart."

As for Janet, fans have always been upset with Timberlake after their infamous halftime show in which he exposed her breast. Justin suffered no slowdown whatsoever and was even invited back to perform, while many believe the fallout derailed Janet's career.

TooFab has reached out to reps for both Spears and Jackson for comment.

Timberlake's wife, Jessica Biel, left a comment on the post. "I love you," she wrote, along with a heart emoji.

Grammy-winning singer-songwriter Brandi Carlile was also one of the first to leave a comment on Timberlake's post, saying it was "really beautiful to read this." She added, "I think it's going to speak to a lot of people's pain. I can't wait to see how you get involved with elevating women and marginalized people. You're an inspiring dude to me."

Moragne Stapleton -- singer-songwriter and wife of Chris Stapleton, who recorded a song with Timberlake -- said she was "proud to call" Timberlake "friend."

Allen Evangelista, who appeared on 10 episodes of "Zoey 101" with Britney's sister Jamie Lynn Spears, also left a comment reading, "Words matter, and putting the ego aside to apologize and strive to do better matters. I feel like the bar has been set so low as of late where this is refreshing to see. Yet the most important part is what you do from now on. Either way, I think this is a great start."

"RuPaul's Drag Race" and "America's Got Talent" star/famed Britney impersonator Derrick Barry also wrote, "You were just a kid as well in those times. Navigating a solo career & how to deal with your own fame. Thank you for recognizing that these 2 women deserved more from you when the public & media turned their back on them."

So far, no other celebs have chimed in on his apology, but the comments on his Instagram page have been flooded with reactions on both sides of the aisle.

One of the most liked replies reads, "Now Justin ... why in the world did it take you being called out in a documentary and not the years upon years of the public asking for you to simply apologize for your behavior? This is disingenuous af."

"Hope you're reaching out to them personally too and not just doing this as a PR stunt," wrote another. "Alexa play too little too late by jojo," read another. One popular comment also asked Timberlake to "be more specific."

Others wrote more complimentary posts like, "Very noble first ste. Keep going. We fans appreciate the accountability" and "Let's everyone remember he was very young then and people at that age don't always do and say the right things. The most important thing is to grow and change from it."

The intern for Justin Timberlake’s publicist that wrote his apology to Britney and Janet: pic.twitter.com/2YEbpyYHeb

Justin Timberlake thinks a short notes app apology is accountability for the pain he caused Britney and Janet......the audacity of men😭😭

justin's apology to britney and janet is 76 years too late but the fact he made a statement at all shows how far we've come in pressuring men to be better to the women they've used and discarded for their own gain. i genuinely don't think this would have happened 3/4 years ago

It took that white man TWENTY years to acknowledge his wrongs. His career flourished while Britney and Janet suffered. Cry me a river bro.

ON SIGHT, Justin Timberlake. If we’re ever in the same zip code, know that I will have a spray can of guerilla glue in my purse. https://t.co/zoCQdDpVey