"It's a pair of shoes right? Don't take it that seriously."

His split from Gwen Stefani caused quite the stir at the time — so it comes as no surprise the furor surrounding a little old pair of shoes seems a bit overboiled to him.

"I saw that, they sold out quick," he chuckled. "People love that stuff. People like blood!" 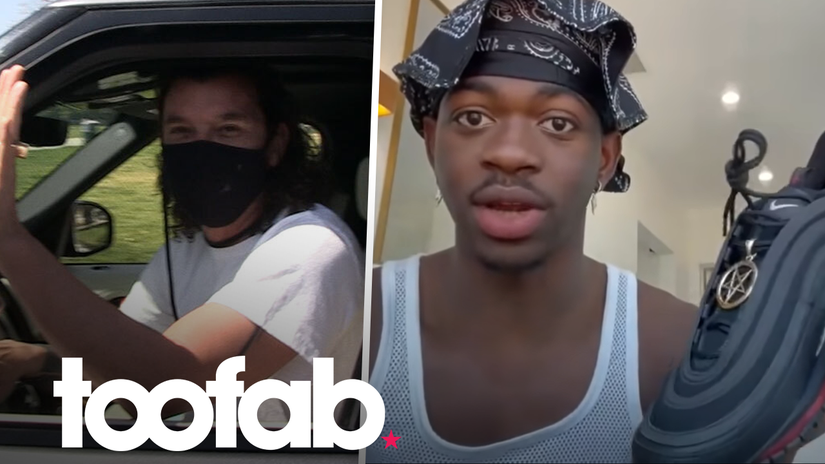 Late last month, the "Montero (Call Me By Your Name)" rapper made headlines after shoe brand giant Nike sued MSCHF Product Studio which helped create Lil Nas X's customized "Satan Shoes," which featured the famous swoosh symbol, a Bible verse that references Satan, and allegedly a drop of blood from one of MSCHF's employees.

"Should we be scared of Lil Nas? Nah, I think we're okay," the Bush frontman quipped when asked if he thought people were overreacting.

"I think it's show business. Right?" he continued. "People seem to love it. It's successful. People love it."

The 55-year-old rockstar said he doesn't know if he himself would ever wear shoes like that, but did add: "they look pretty cool, actually." 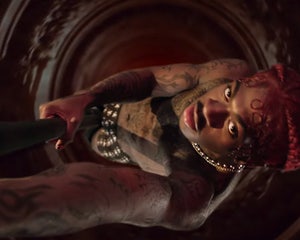 "It's a pair of shoes. Don't take it that seriously," he added.

"World problem solved," the "Constantine" actor joked as he pulled away in his Range Rover.

In the jaw-dropping music video, which has garnered a whopping 127 million views within it's first two weeks, Nas portrays multiple characters: he starts off getting seduced by a snake in the Garden of Eden, which then leads him to being stoned to death before he ascends to heaven, but before he reaches the gates he ends up sliding down a pole to hell, where he gives the now infamous lap dance to Satan that ends the video.

Responding to the uproar of criticism online, Nas took to Twitter to set the record straight and said, "There was no system involved. I made the decision to create the music video. I am an adult. I am not gonna spend my entire career trying to cater to your children. that is your job."

As for the 666 people who managed to snag a pair of the $1,018 shoes, they can get a full refund after the company agreed to recall them as part of its settlement with Nike.

me after the nike lawsuit pic.twitter.com/XVLjHlSrru

me at nike headquarters tomorrow pic.twitter.com/iAAdjc8Ele