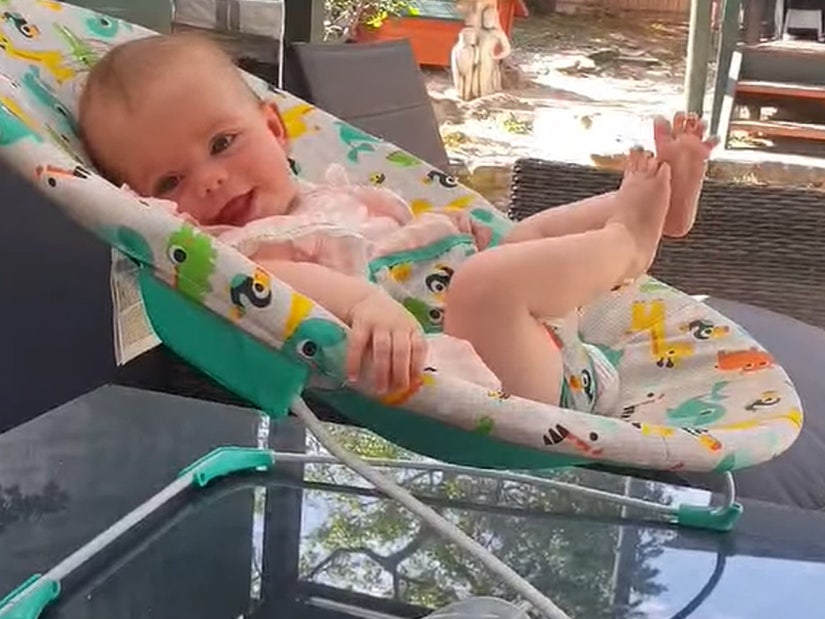 The Facebook account of a man accused of the murder suicide of his baby daughter paints the picture of a doting dad.

Henry Shepherdson, 38, and nine-month-old Kobi Shepherdson died on Wednesday afternoon after police say he jumped off the 120ft Whispering Wall dam into the Barossa reservoir, in South Australia.

The baby was found strapped to her dad's dead body, unresponsive. Despite the best efforts of paramedics, she died at the scene shortly afterwards.

Investigators indicated there was a history of domestic violence between Shepherdson and the baby's mother; but looking at his Facebook page he spoke of nothing but love for his little girl.

His final post, a four minute video dated November 17, showed the bubbly infant giggling back at him as she sat in a bouncer.

"My little girl. My heart is so full," he captioned it, filled with love emojis. "Kobi Anastasia Isobel Shepherdson."

The little girl was named in honor of Kobe Bryant, who died just six months before she was born.

"#RestInPeaceKobeBryant #MambaForever" he hashtagged another doting picture of her at 15 weeks old.

South Australia Assistant Commissioner Ian Parrott said that while the father had legal access to the child, there were court processes were in place.

"The baby was not taken," he said, but added that the mother had contacted emergency services.

"My understanding is there was a very short time frame between the public notifying us of the incident having occurred and Kobi's mother making contact."

"Every relationship is a complex thing, particularly when there is also domestic violence involved in the relationship," he added, per the NZ Herald.

"And whilst I'm not at liberty to discuss the specifics of this particular situation, that will certainly form part of our investigation as to what was happening in the relationship and obviously, what was done prior to this particular incident."

"(But) we have a beautiful face, which could probably be the face of domestic violence moving forward."

He said there were several witnesses who saw the distressing incident unfold at the popular tourist spot — including children.

"Obviously this is a highly distressing and emotional set of circumstances, not only for the family and friends of Kobi, and also Henry and Kobi's mother as well, but for the people who were witnesses who tried to assist Kobi at the scene," he added.

Shepherdson's page has since been filled with comments of anger and disgust — but also many of pity for the mental state he must have been in.